Latest Ghost gets a new platform, four-wheel steering and fresh looks, and continues to set the luxury saloon bar 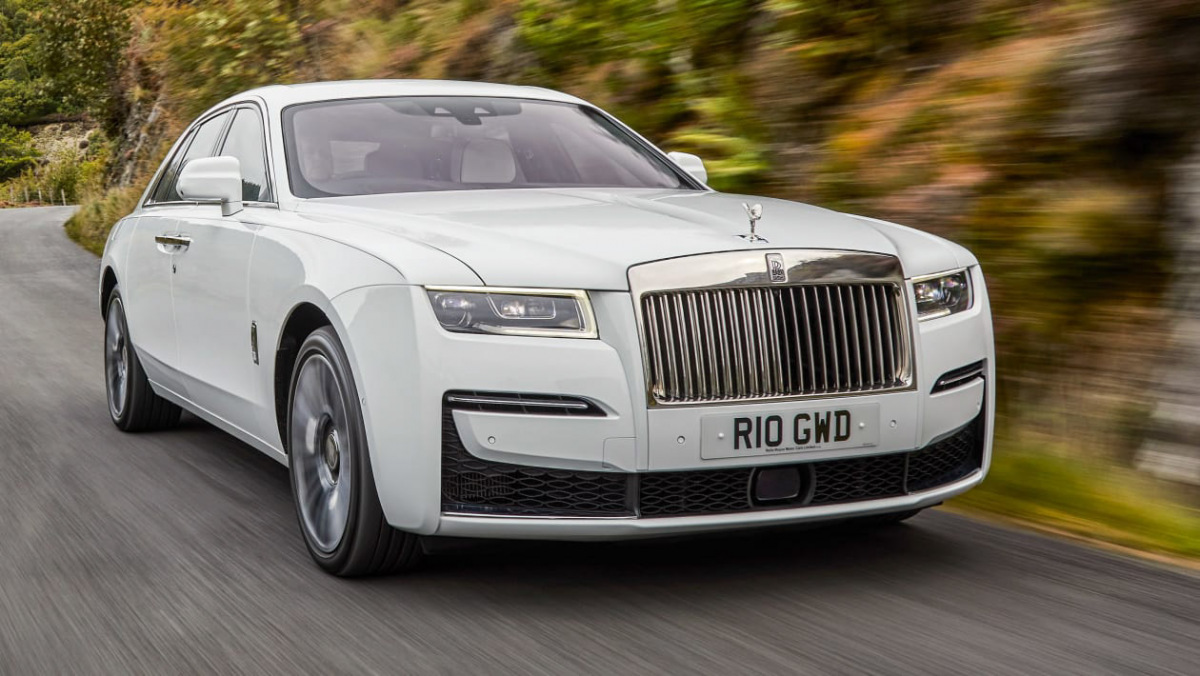 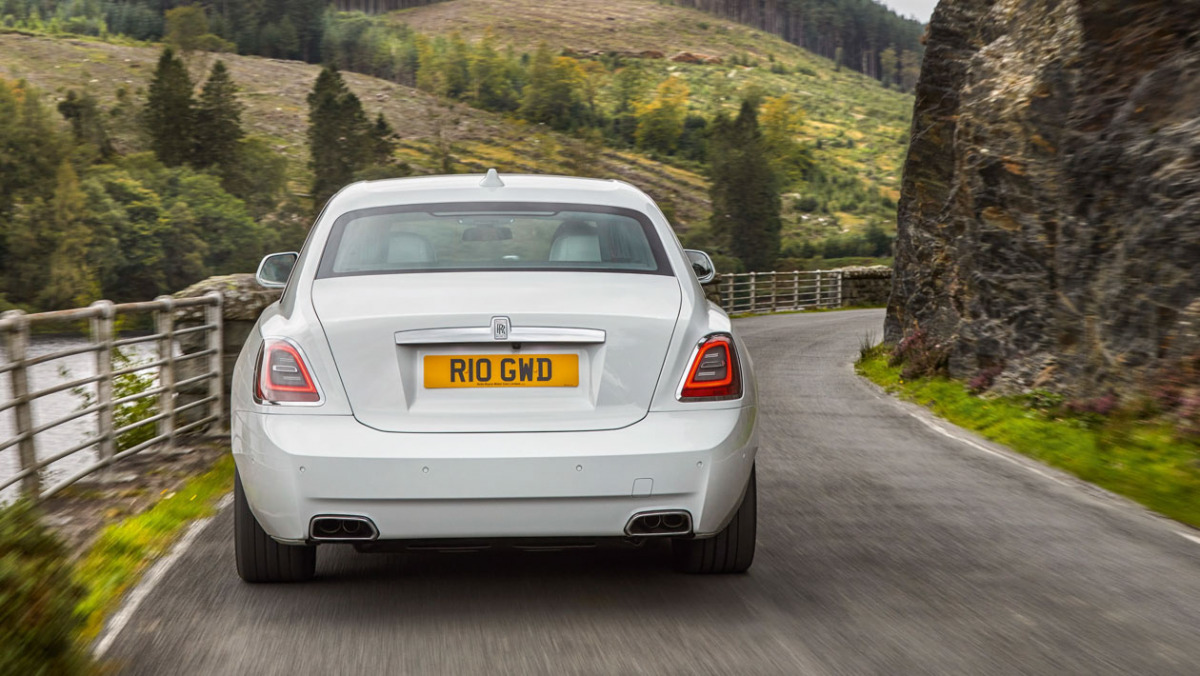 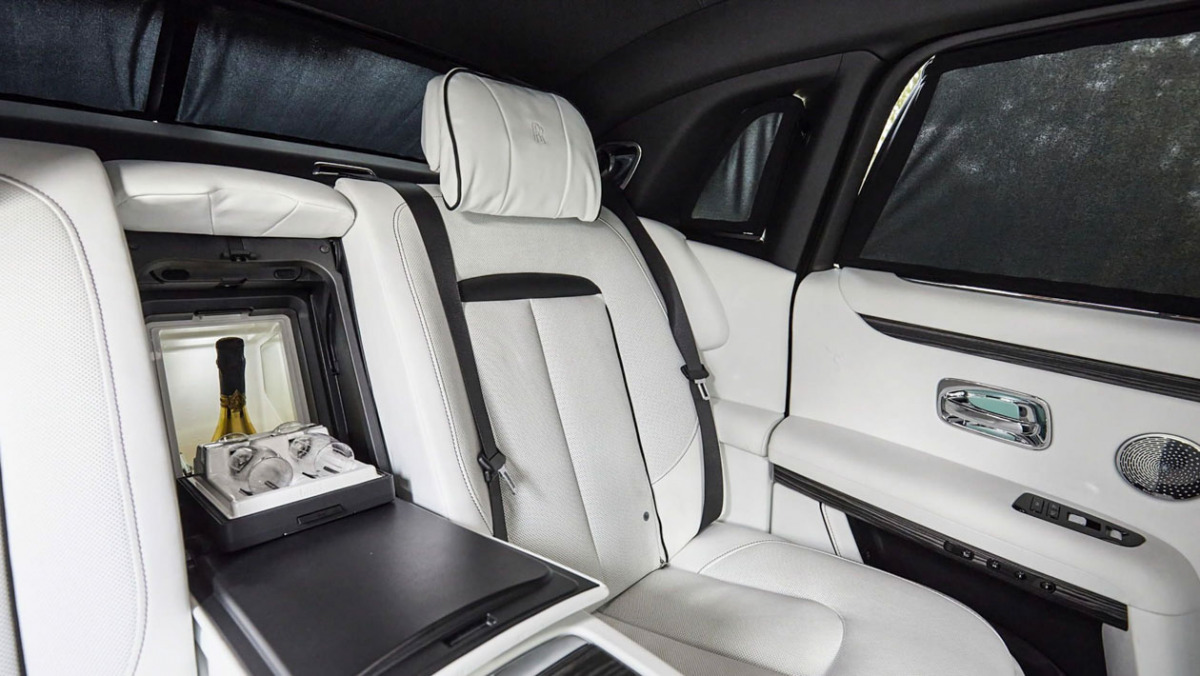 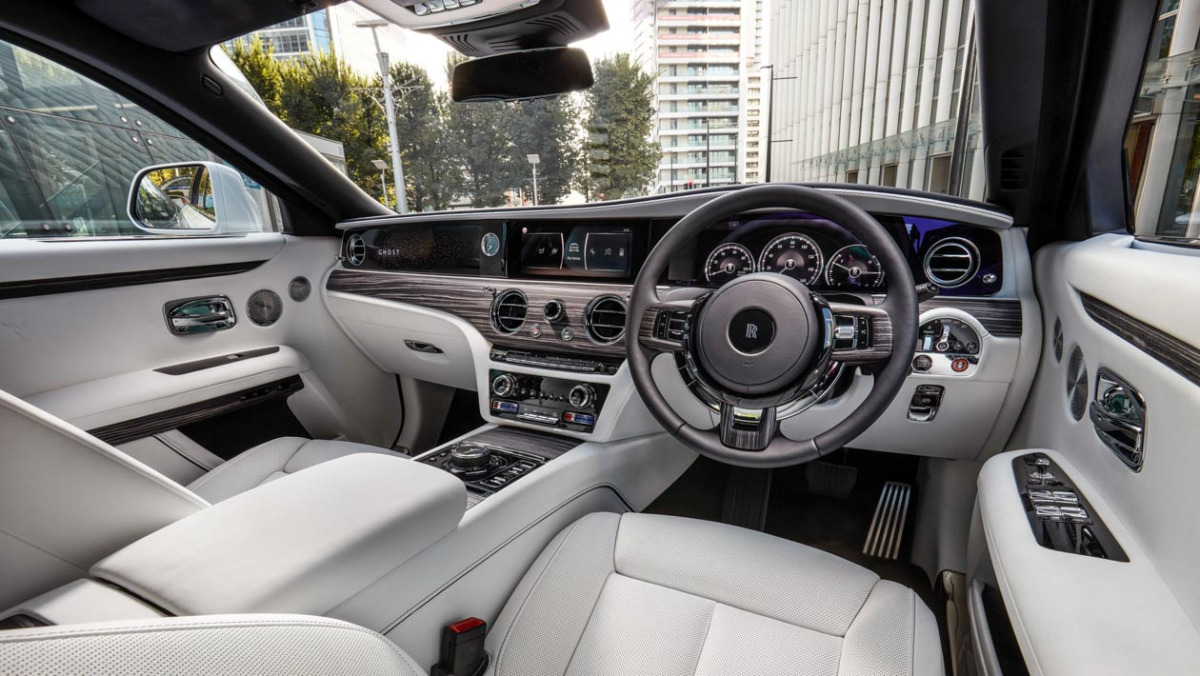 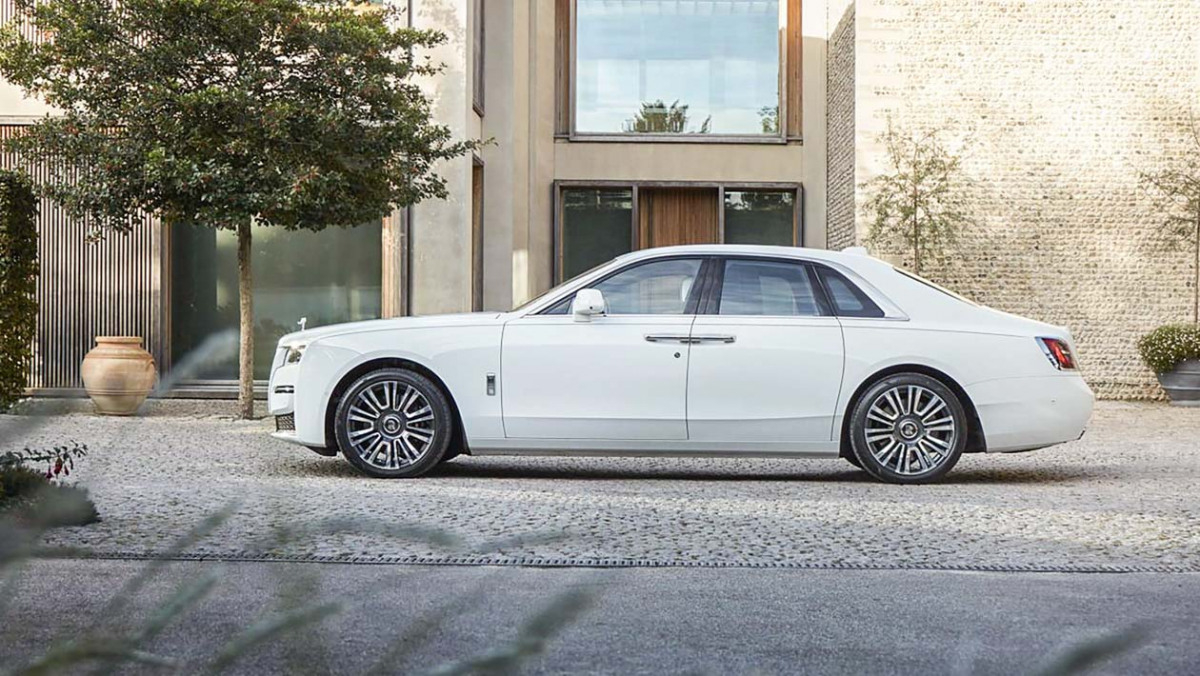 The new Rolls-Royce Ghost is not a driver’s car, despite it being the only saloon in the range designed and engineered ‘for being driven in’ and ‘for driving’. It is however the nearest Goodwood’s only car manufacturer gets to building such a thing and rivalling the new Bentley Flying Spur.

And quite a thing it is too, at over five and a half metres long, more than two metres wide and crushing the scales at 2490kg, although compared to some luxury SUVs that last figure doesn’t sound that bad. Well, obviously it is an obscene weight for a car, but considering what goes into constructing a Rolls-Royce Ghost you might expect that number to start with a three. I mean, there’s 100kg of sound insulation alone…

This new Ghost is the first ‘post-opulence’ Rolls-Royce – a philosophy that matches the requirements of RR customers who have a desire to be less conspicuous and overt… by buying a 5.5-metre long, near 2.5-ton saloon car that set them back $288,000 before local taxes and selecting their preferred mix of leather and lambswool. Just when you thought the world couldn’t get any stranger.

The latest Ghost is built on a new modular aluminium architecture that allows for the dimensions to be adapted to suit the vehicle that it’s underpinning, from Phantom to Cullinan. And while the strands of BMW DNA are no longer so prevalent in what was Rolls-Royce’s best-selling car (a title the aforementioned SUV is likely to claim sooner rather than later), the 6.75-litre V12, now stamped with a Rolls-Royce part number even though it isn’t cast in the Sussex countryside, still has a Munich twang to it.

From bumper to bumper this Ghost is an all-new design, the detailing less shouty, the shutline count reduced to an absolute minimum and none of them wider than a hair’s breadth. But it remains a vast car, with a heft to its body that from some angles gives the impression it’s sinking into the surface beneath.

Its size doesn’t diminish once you’re driving it, either. You sit high behind the wheel and might even find yourself raising the seat a little higher still, so you can at least see the outer edges of the aluminium real estate that makes up the bonnet. Yet despite the cleaner design you still feel as conspicuous as you would sitting in a Caterham, roof down in the rain, trying to blend in to a morning commute on London’s M25.

Suspending the new Ghost are air springs and adaptive dampers, the latter pre-set by Rolls-Royce with no options for further configuration by the driver. Not that you ever think twice about it, just as you also don’t think twice about not being able to manually select any of the eight forward gears. Four-wheel drive is now joined by four-wheel steering, but it would be a stretch to suggest it sharpens the car’s agility; rather it makes it more manageable and manoeuvrable. There is also a 12V active anti-roll bar fitted to the multi-link rear axle that works with a front-mounted camera to react accordingly when a lump, bump or tiresome compression is detected.

All this engineering deserves acknowledgement for resulting in a vehicle that can be driven with all the ease and comfort of any mainstream luxury car but in surroundings that push refinement and luxury to another level. Yes, it feels ridiculously large for our roads when you’re sitting up front (and even larger when you’re in the rear), and in today’s world of cast-iron body control there’s more lean than you’d anticipate, but it doesn’t distract or leave you hanging on. It just feels right, the Ghost remaining consistent and predictable as you guide it with the lightest of touches in blissful isolation from those around you. A Bentley Flying Spur is sharper, more direct and arguably as well appointed, but the car from Crewe lacks the presence and sense of occasion of Goodwood’s newest family member. The Ghost provides an incredibly grand way to arrive, although the journey is unlikely to be filed among your greatest driving memories.

The fitment of a mass damper to the double-wishbone front suspension is intended to minimise shocks over poor surfaces, but it still can’t isolate you from all that mass being worked over beneath you. There’s also a degree more tyre noise than you’d expect when travelling across coarse surfaces, and while wind noise doesn’t penetrate the door and window seals you’re still aware that a car of these proportions will never be truly silent when cutting a hole through the air.

It cuts that hole surprisingly quickly though, as you’d expect of a machine calling upon 627lb ft of torque at just 700rpm above its twin-turbo V12’s 900rpm idle speed. And that V12 operates with an eerie silence and is accompanied by an automatic transmission that delivers shifts as seamless as the powertrain in an electric car. Which begs the question: why isn’t the Ghost electric? If today’s Rolls-Royce customers operate in a post-opulence world, surely this should also extend to them driving a post-ICE car?

You’ll pay from $346,055 for the new Rolls-Royce Ghost, but select enough options and you’ll find yourself well within $415,000 territory.

Stacked up against its key rival from Bentley, the all-new Flying Spur, it’s a significantly more expensive offering – the Bentley starts from $227,100, putting an $118,000 gap between the two. The more powerful V12-powered Mercedes-Maybach S650 is another similarly-positioned option, but it too is a much more affordable machine at $254,055. 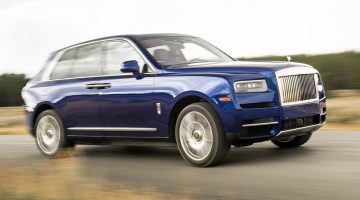 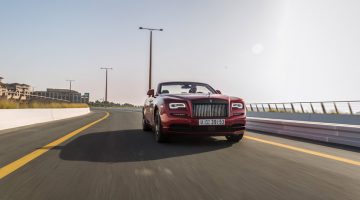