A non-roadtester’s verdict on our long-term Volkswagen Passat. 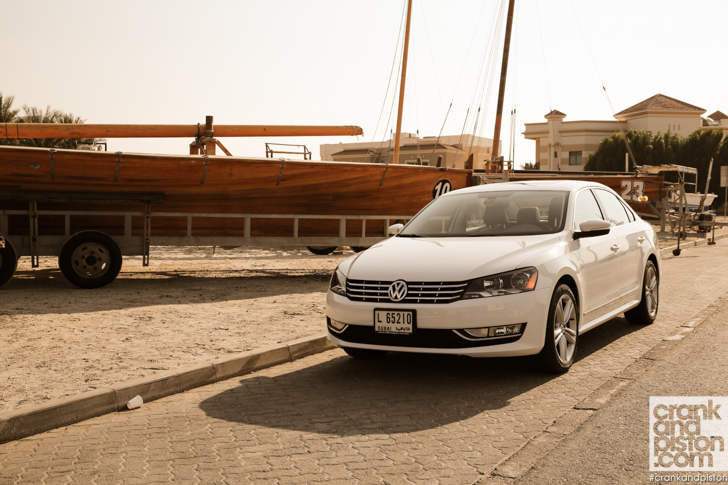 After selling my MINI Cooper and having to wait a few weeks until my new Volkswagen Golf GTI arrives, I’ve used the New Year holidays as an excuse to swipe the crankandpiston long-term Volkswagen Passat for a bit.

I’m not a professional road tester, so my impressions of the car are about as real-world as you can get – I’m not looking at every single detail of the Passat, only the bits I care about for everyday use.

I’d driven a Passat previously and been less than enamoured with the speed, but the 2.5-litre, five-cylinder engine in our long-termer is much better. It’s very smooth and a good introduction to Volkswagen for me. 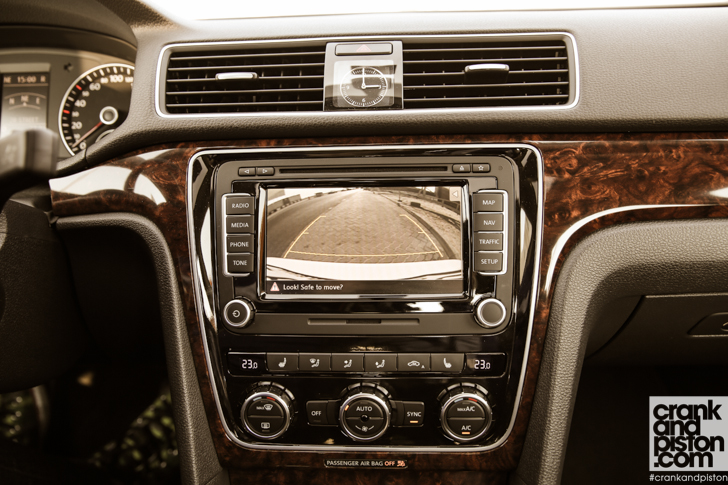 I always thought of the Passat as an old man’s car, and generally I’m not a big fan of saloon cars, visually. But this is more of an all-day everyday car, it’s not designed for looks and although its conservative visuals are not really my thing, it’s not ugly. It just… is.

As a general rule, I don’t like leather seats, especially here in the Middle East. In the summer it gets too hot, so my GTI will be specced with cloth seats. Thankfully in the winter it’s not too much of an issue, and the seats are at least really comfortable, as my husband proved on a recent cross-country trip – he fell asleep in the passenger seat within two minutes. 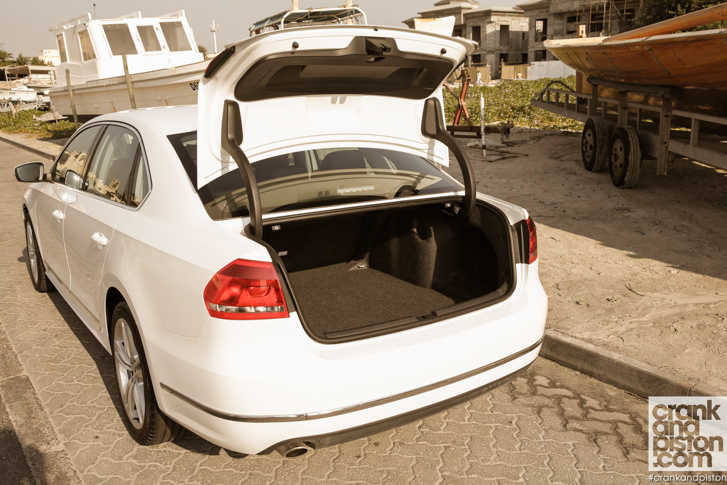 When I took the Passat shopping I was shocked at how big the trunk is. It doesn’t look like a cavernous machine from the outside but there’s so much room in the back. crankandpiston chum Phill confirmed this during his time with the car – he managed to fit a friend’s ‘cello in there and still have room for bags. There’s a lot of room in the rear seats too. I drive with the seat quite far back but there’s still a lot of space for passengers behind me.

Other features I’ve found extremely useful include the keyless start and entry feature. Not having to ferret in my bag or pocket for the key each time I want to use the car is something I’ve gotten used to very quickly. The rear camera has proved useful when reversing, but it’s been frustrating too.  If you need to back up when you first get into the car, the system takes far too long to boot up after ignition. You either have to wait what seems an age for the camera image to appear on the screen, or resort to reversing the old fashioned way. And who wants to do something like that? 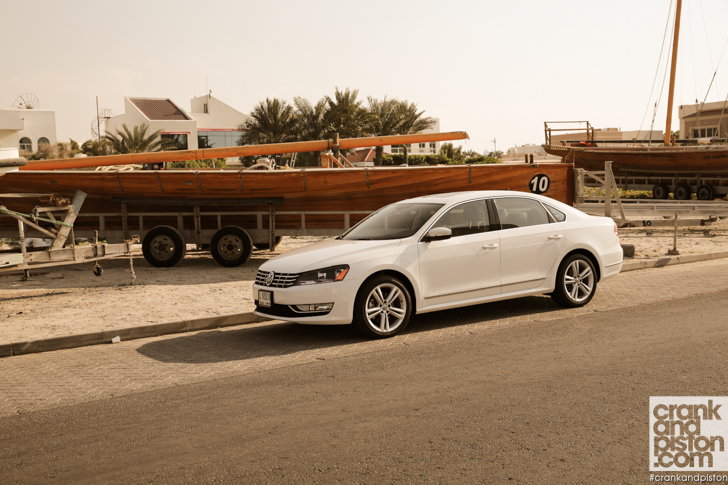 I’ve actually been really impressed with the Passat. But while it’s comfortable and really practical, I’m looking forward to more speed and excitement. The boat with my GTI on it can’t come soon enough.