A new series of wall art from jbFARM shows a 36-degree view of some of the motoring world’s favourite models. 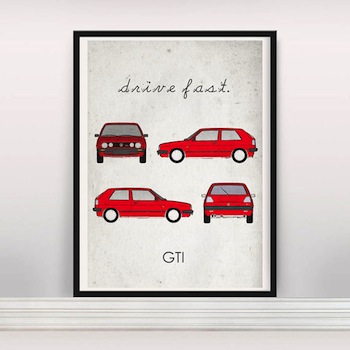 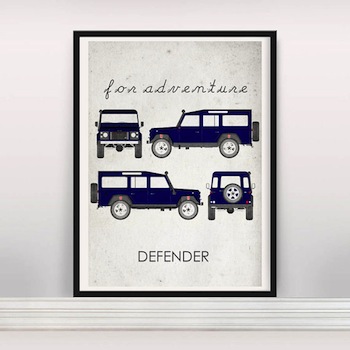 We are sometimes accused of being repetitive on crankandpiston.com when confronted with vehicles of knee-buckling beauty, with ‘awesome’, ‘epic’, ‘phwoar’ and ‘want one’ among our favourite adjectives. Yes, the team is all for top trumping the horsepower, torque, top speed and 0-100kph times, but we can’t help but be enamoured by the body on-top. 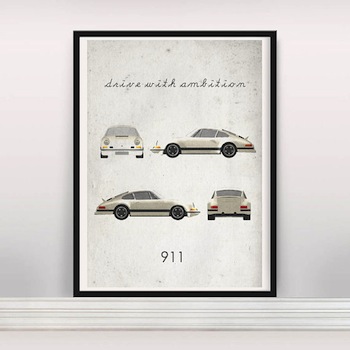 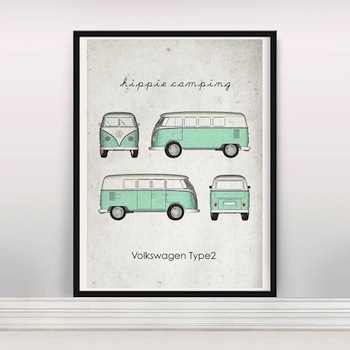 It’s this same ‘car architecture’ that Mike Billy of jbFARM has showcased in his new series. Starring six of the motoring world’s most iconic models, the new series gives a complete 360-degree look at each model individually. We’re talking pretty impressive details here.

Among our favourites, we have the Volkswagen Golf GTI, hot hatchback enthusiasts’ weapon of choice and member of our long term Management Fleet; the Land Rover Defender, mountain range toppler since 1983 but disappearing from showrooms when production ceases in 2015; the Volkswagen Minibus, transporting hemp lovers at 36kph for generations; the BMW 2002, a ‘new class’ of 1.5-litre/2.0-litre saloons and coupes for the model when introduced for the first time in 1962… 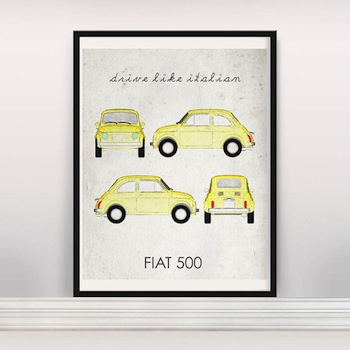 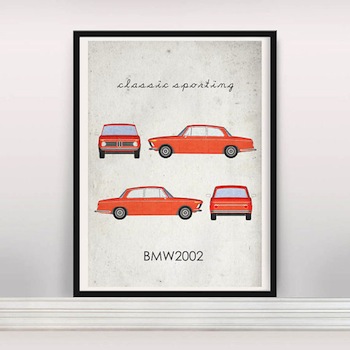 … the original two-cylinder Fiat 500, an Abarth version of which we spotted during our epic European road trip last year; and – naturally – the Porsche 911, which celebrated 50 years of production at this year’s Frankfurt Motor Show and for which the tributary 911 50th Anniversary Edition has been unveiled.

Available in A3 and A2 size, prices for each print start from $28 and are shipped worldwide from New York.