It’s the Cayman we’ve been waiting for. Cayman GT4 RS is here, and doesn’t disappoint 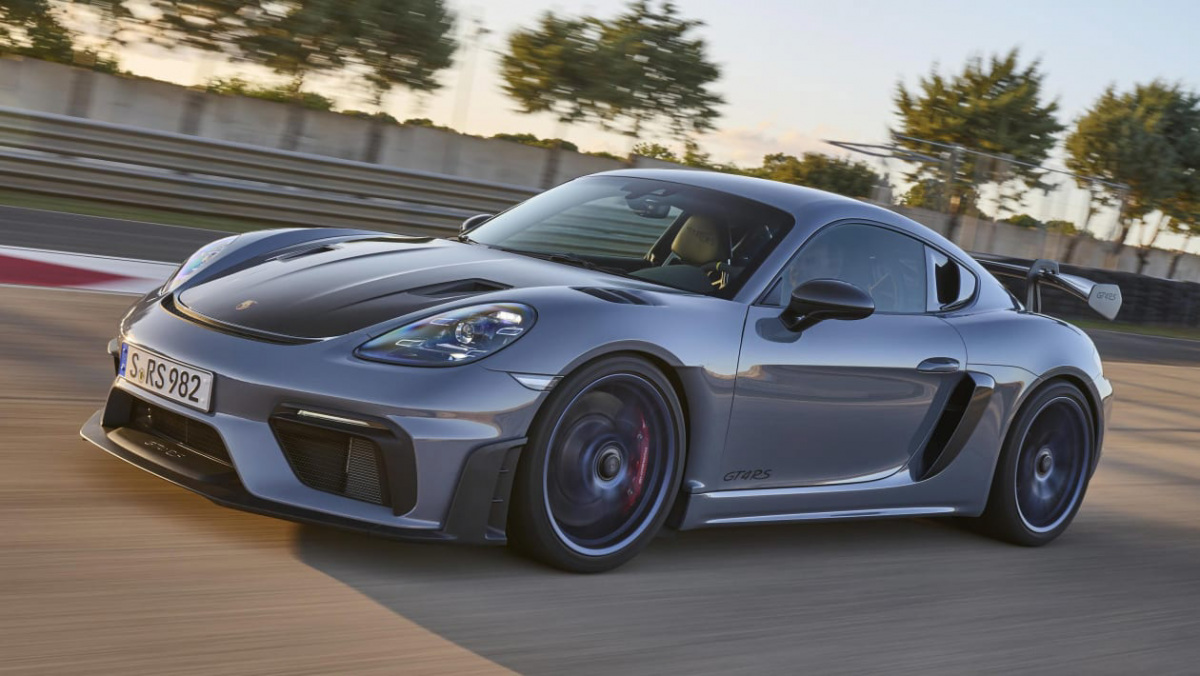 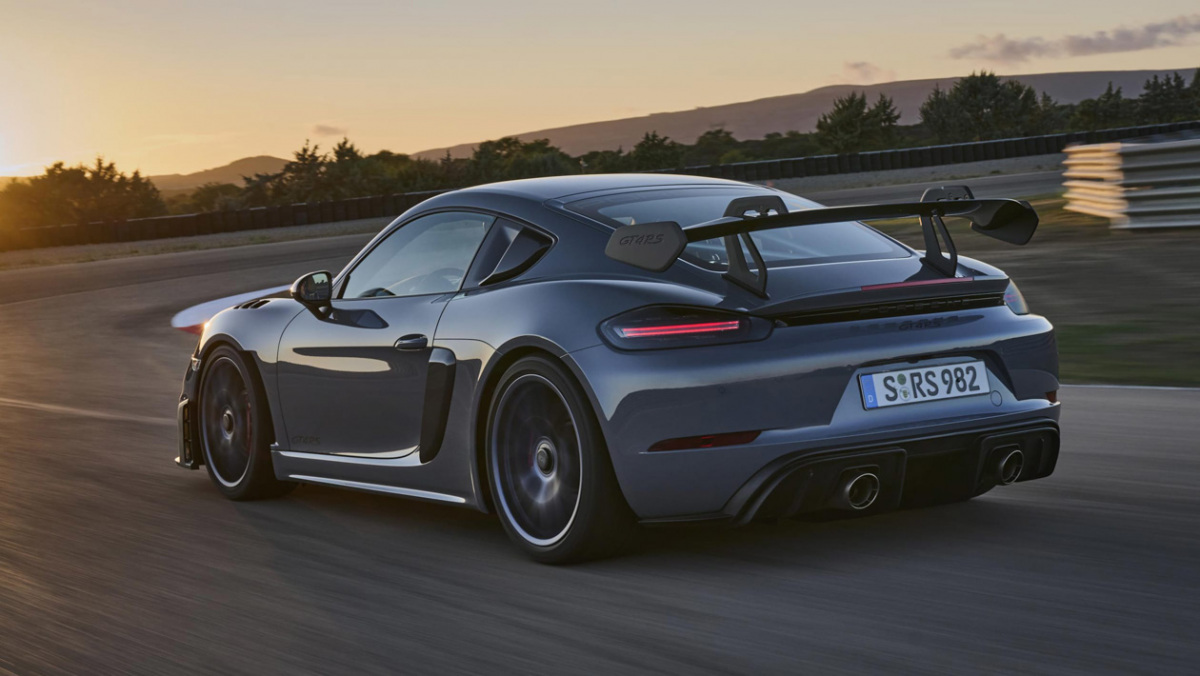 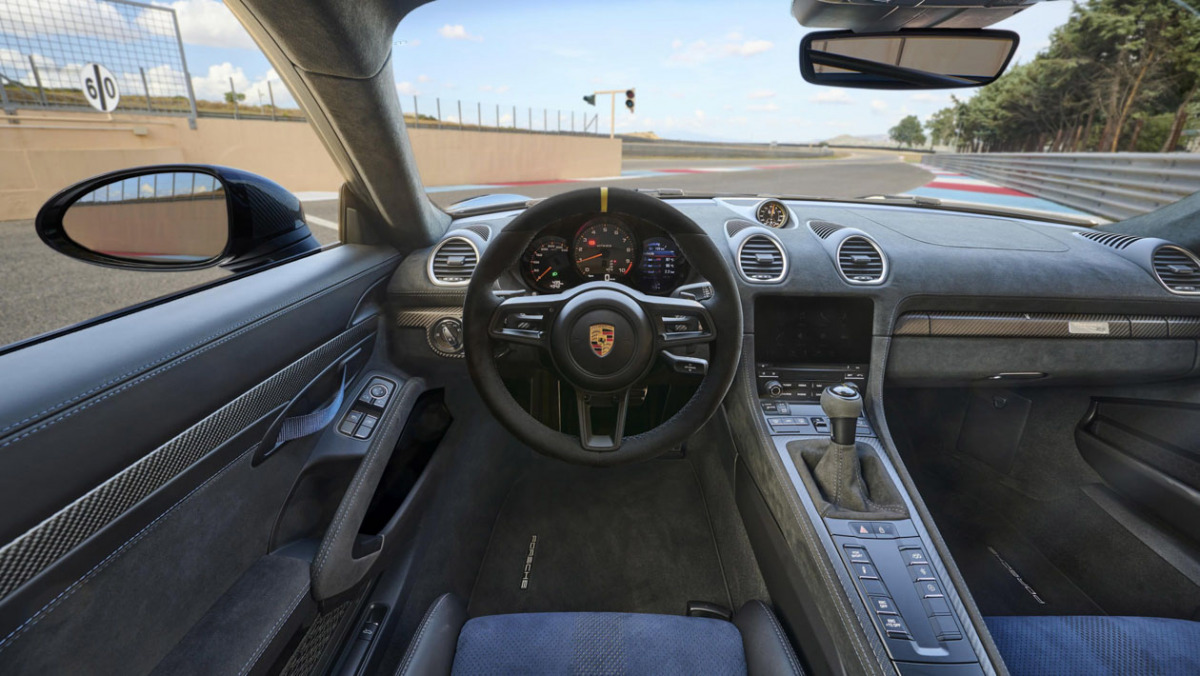 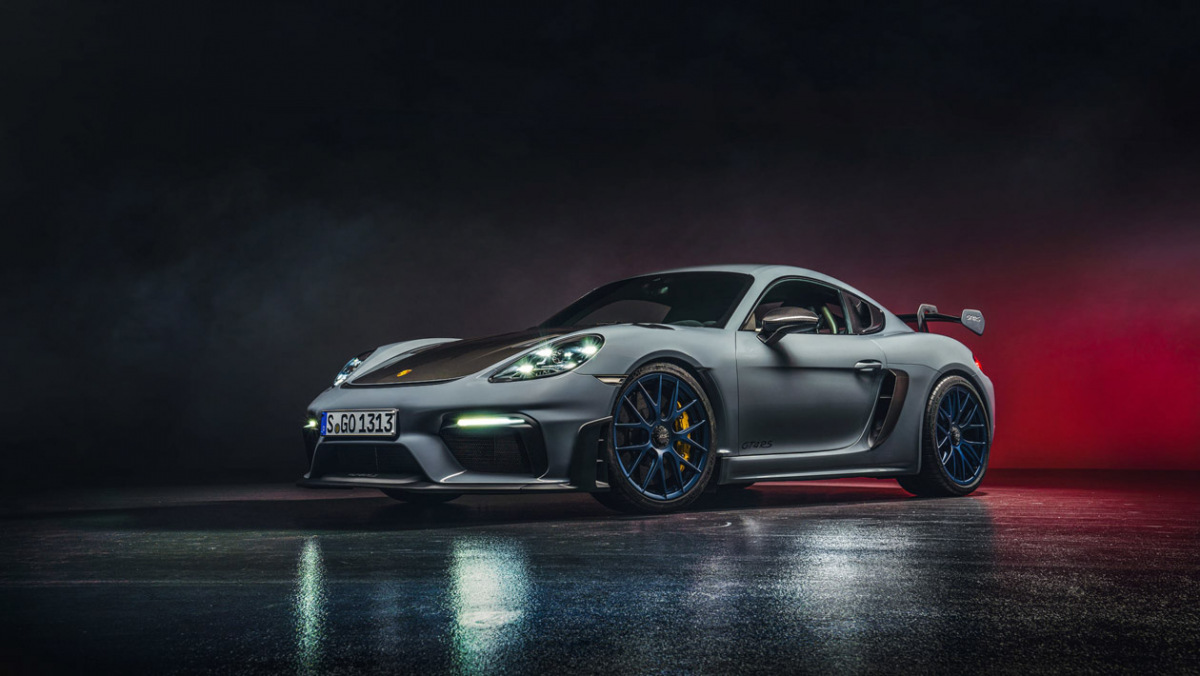 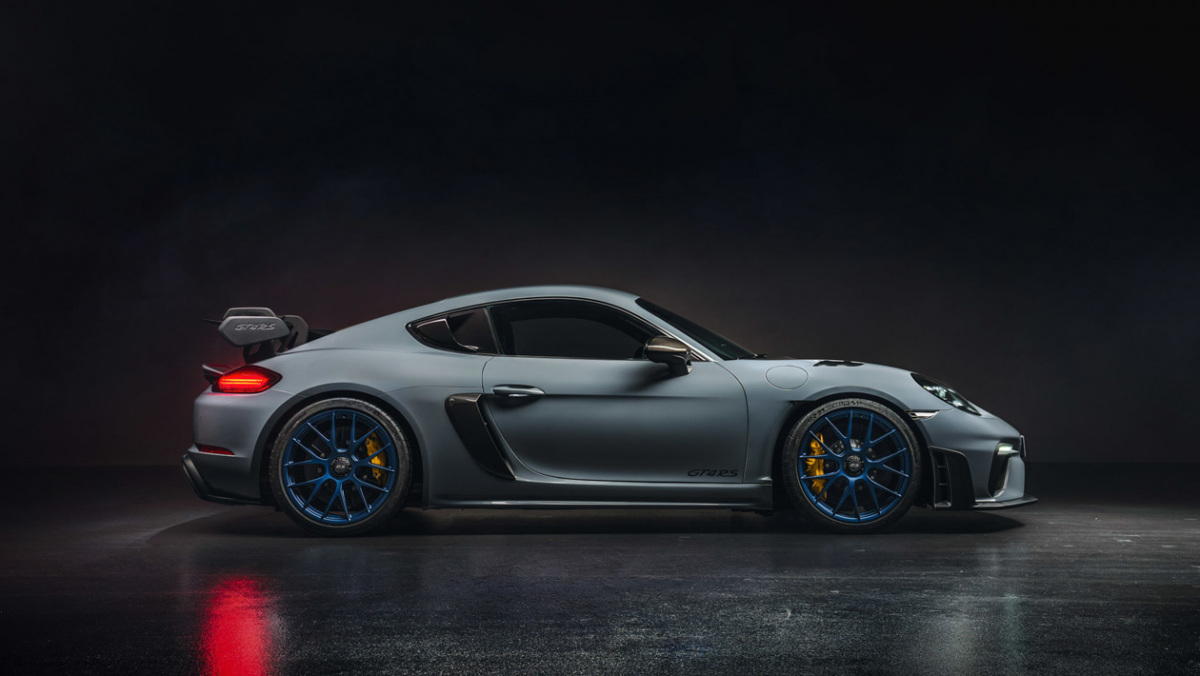 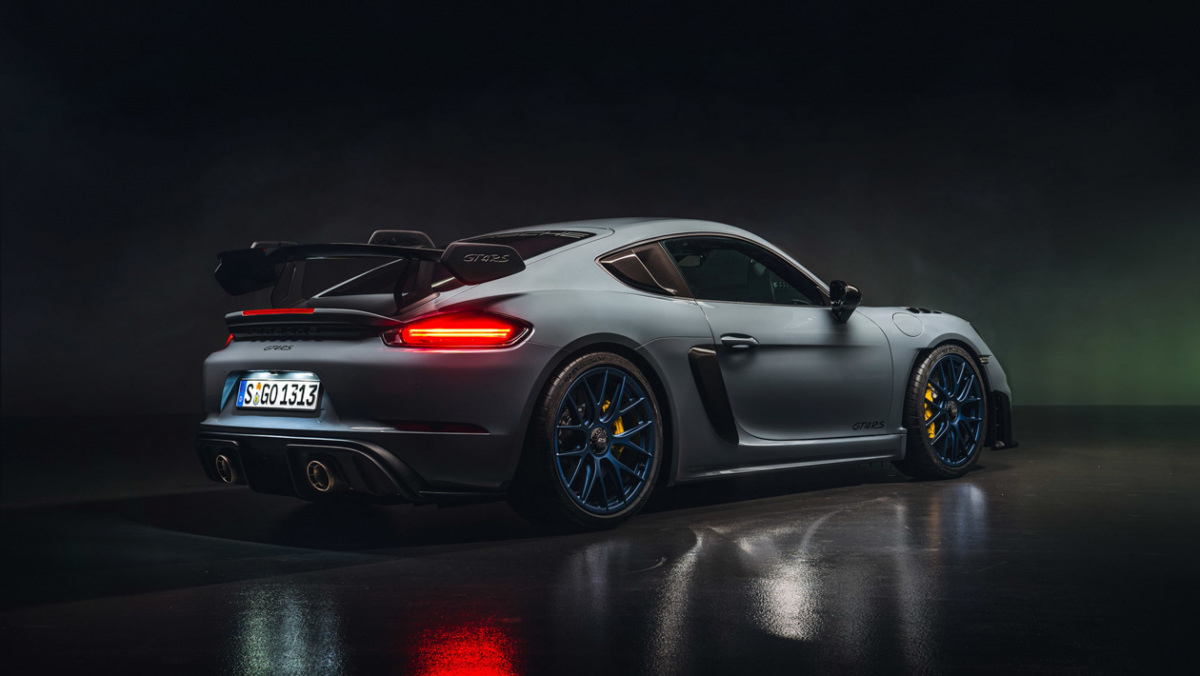 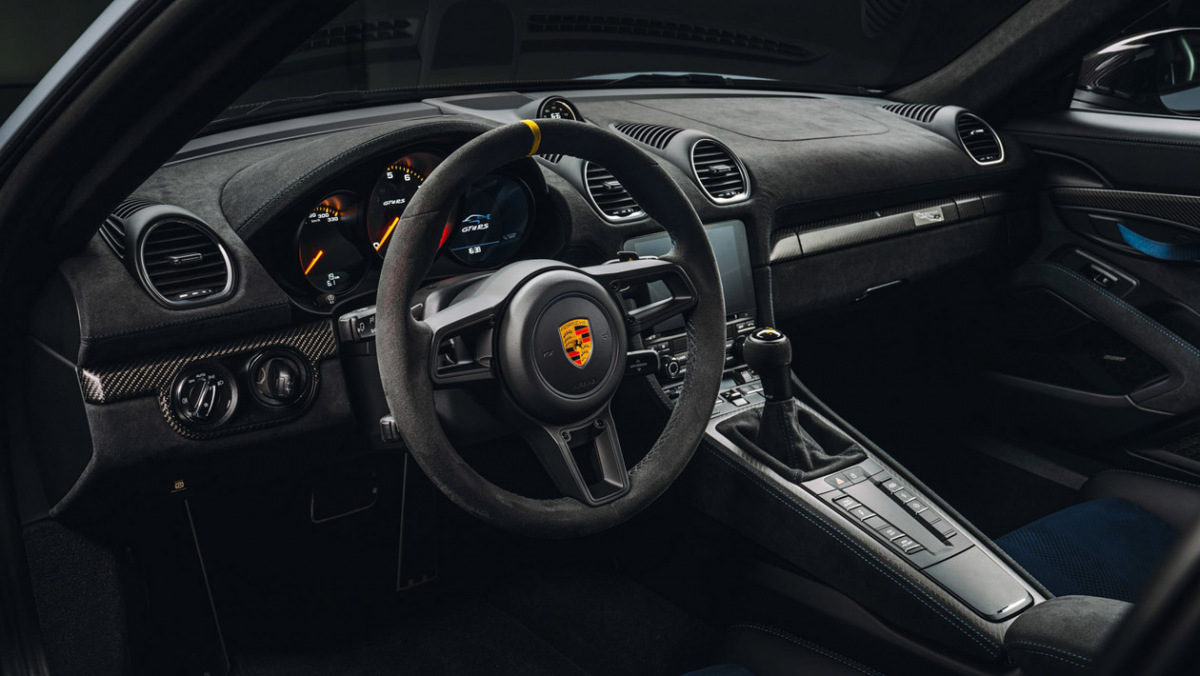 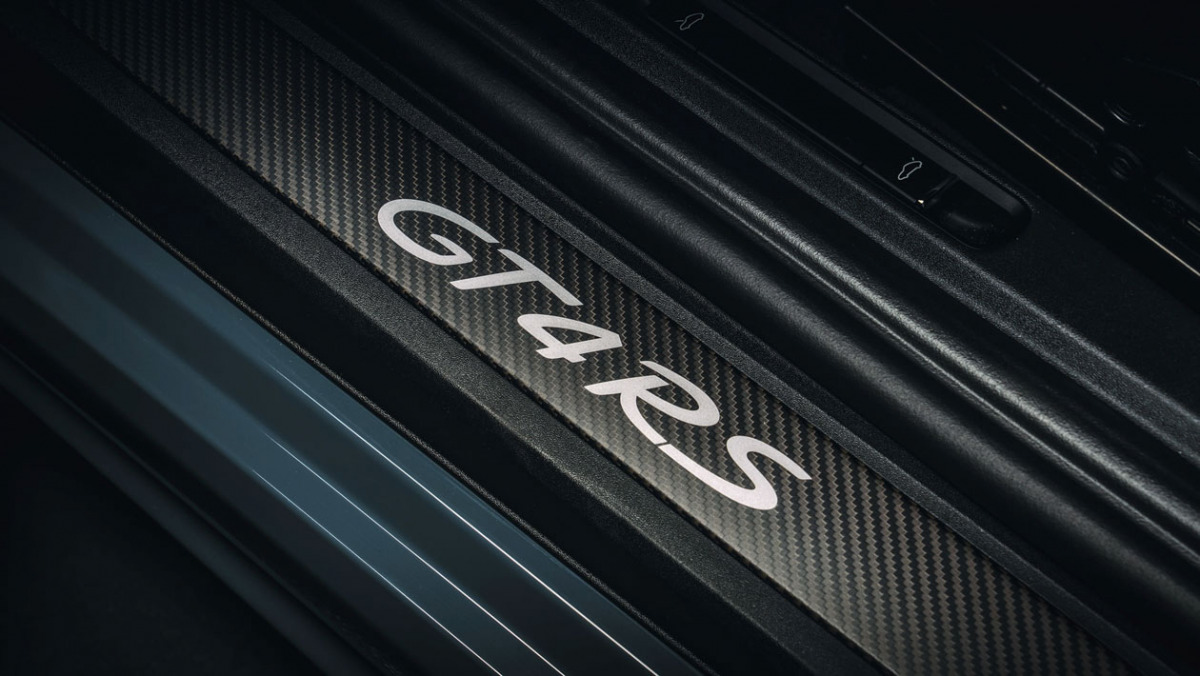 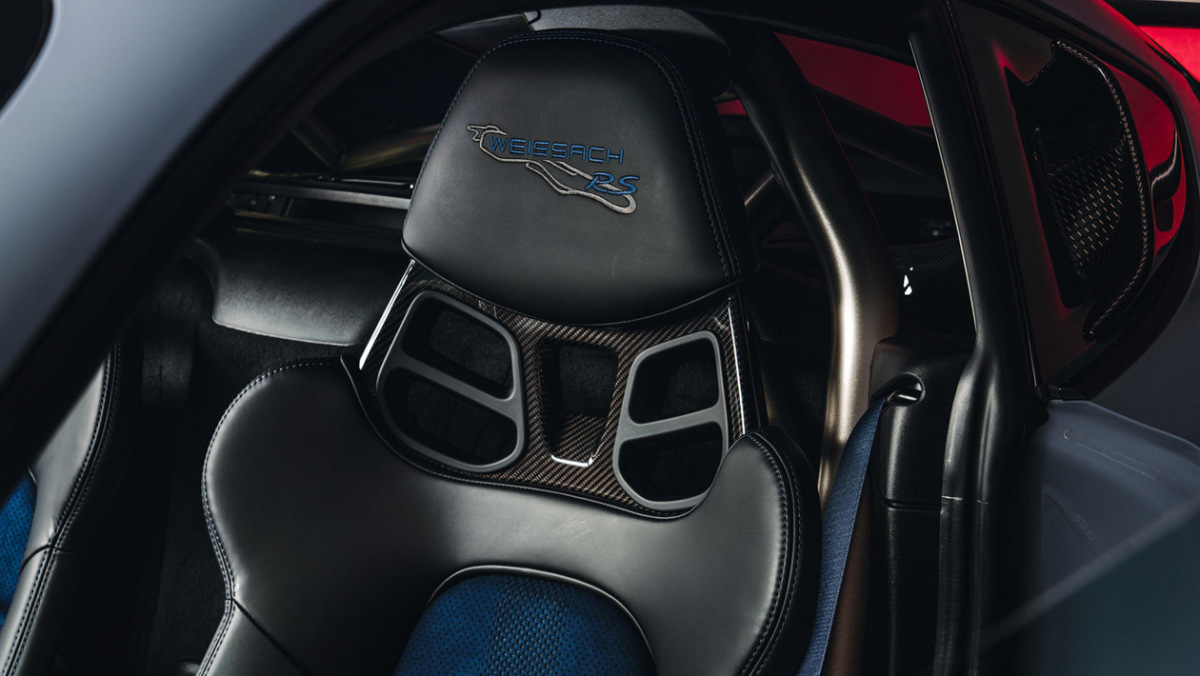 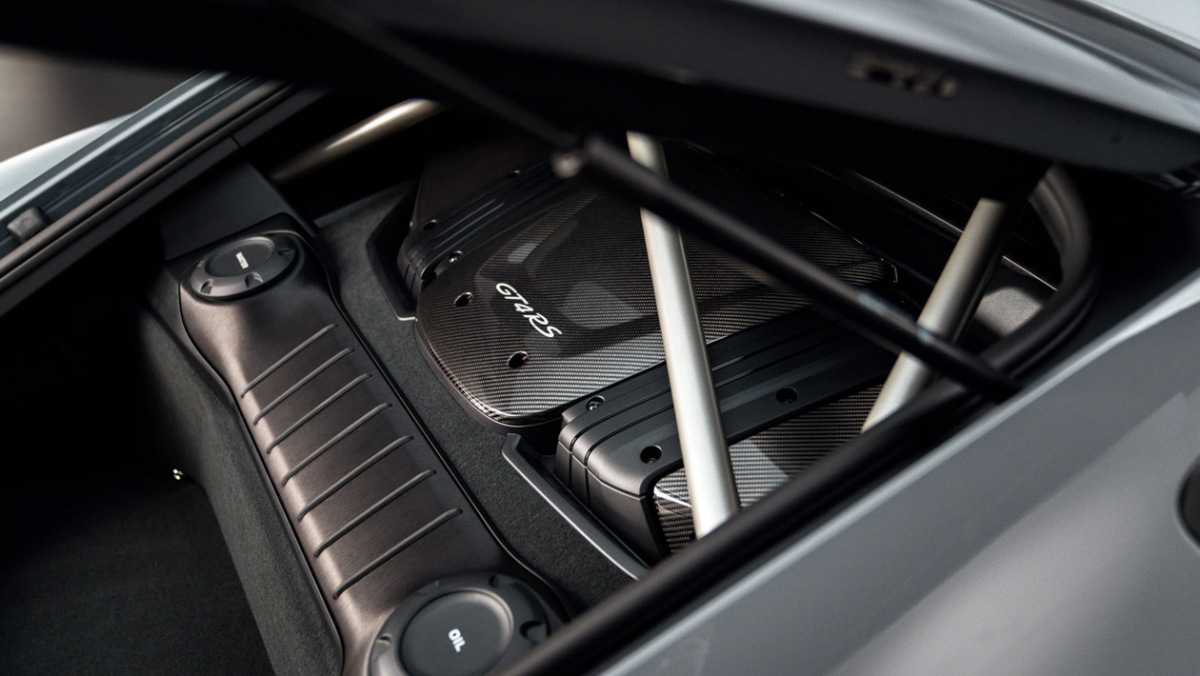 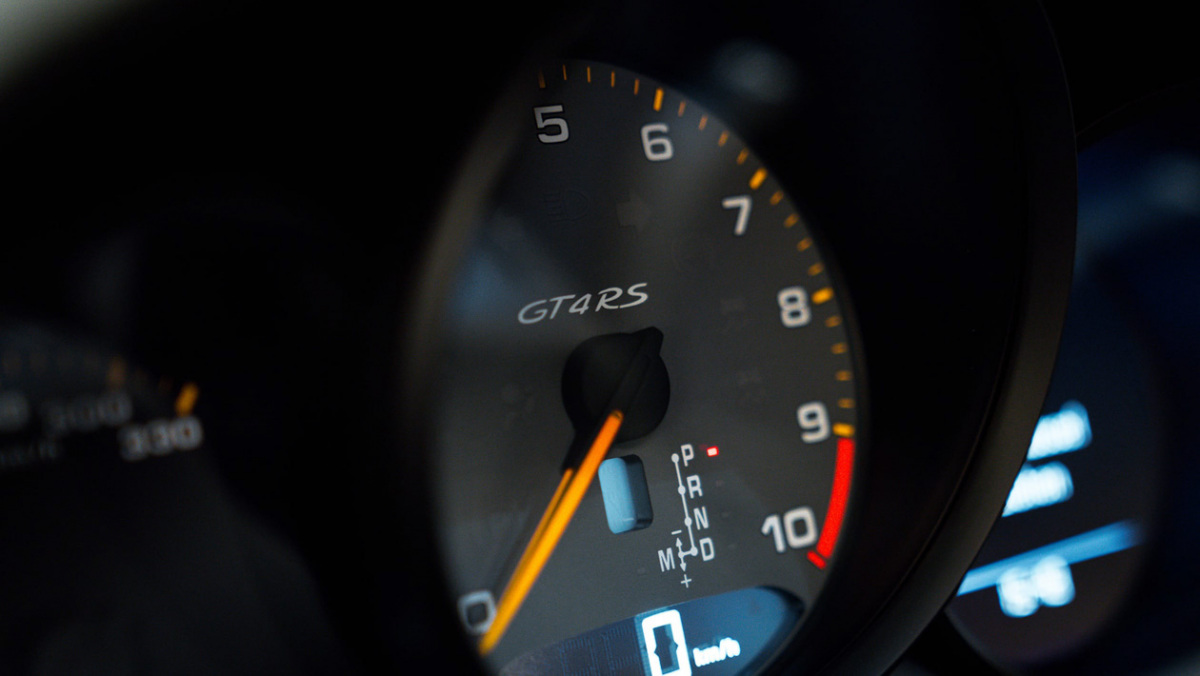 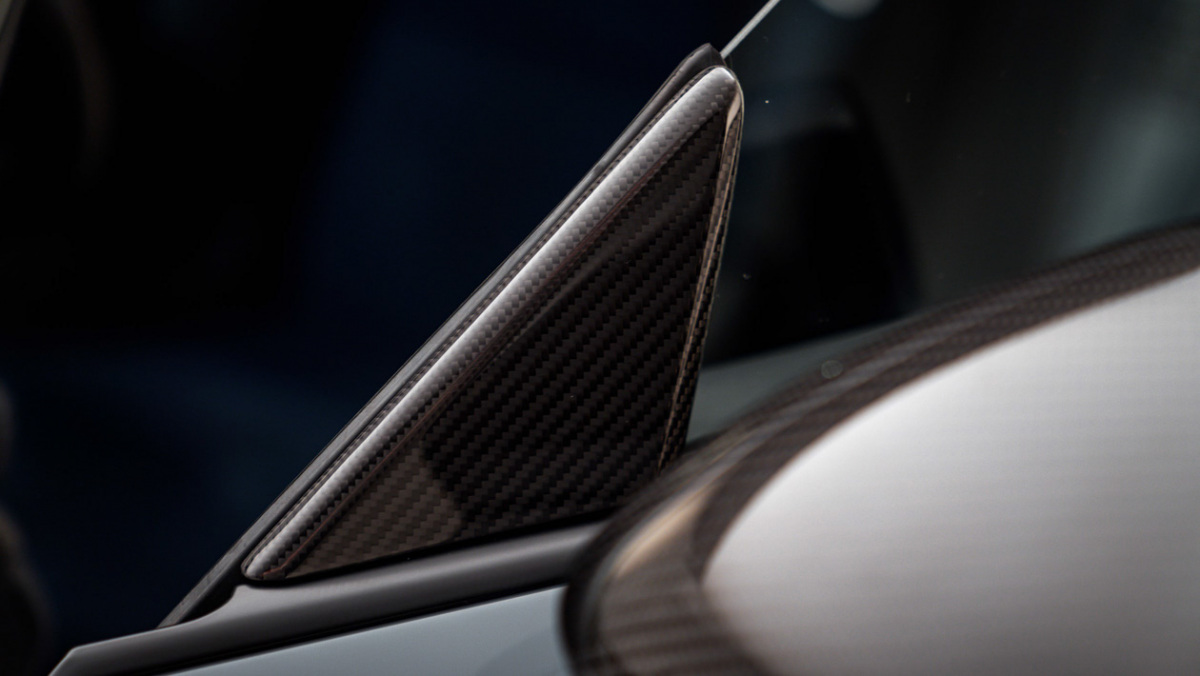 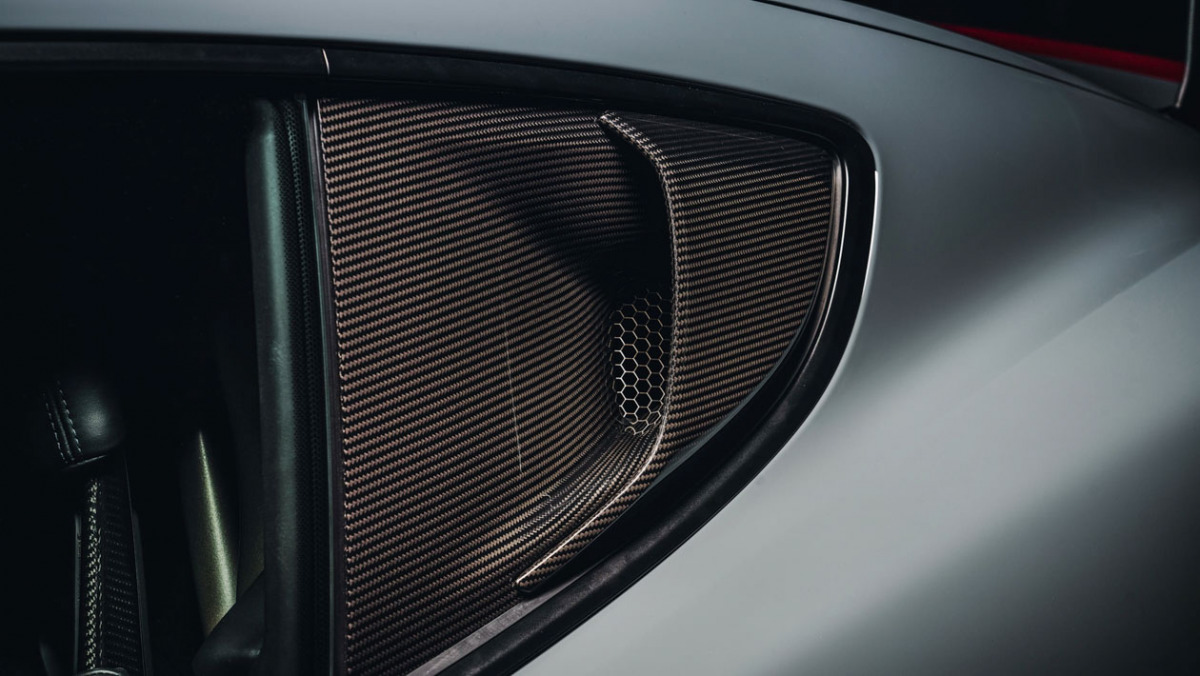 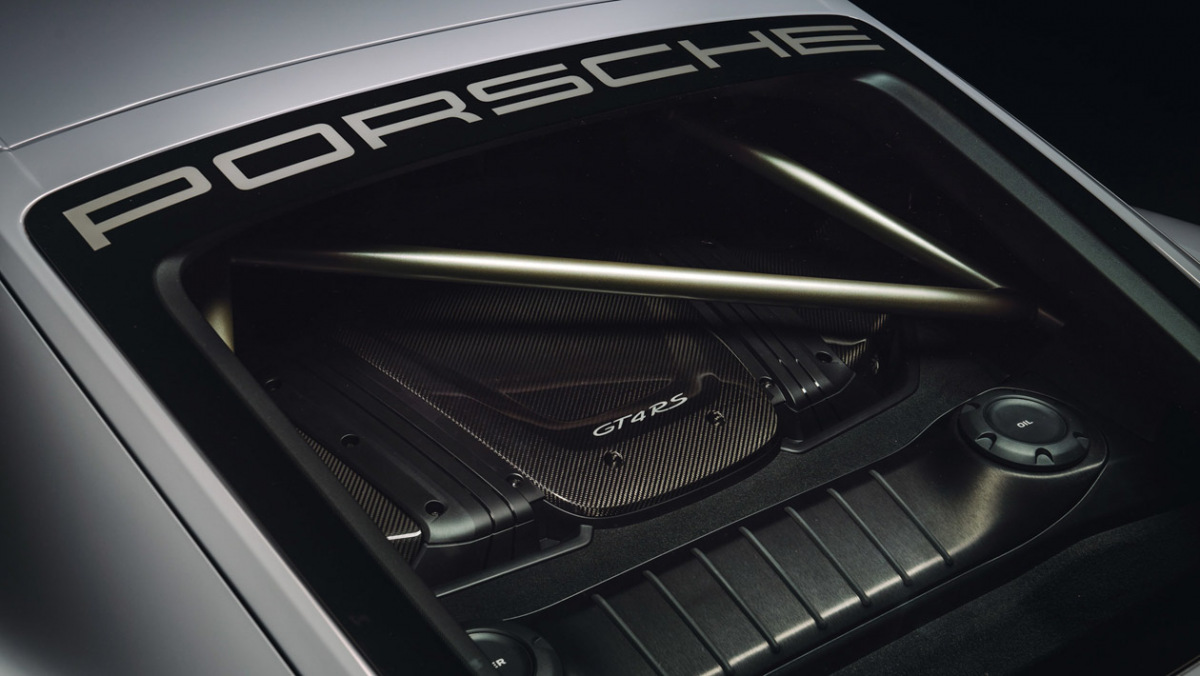 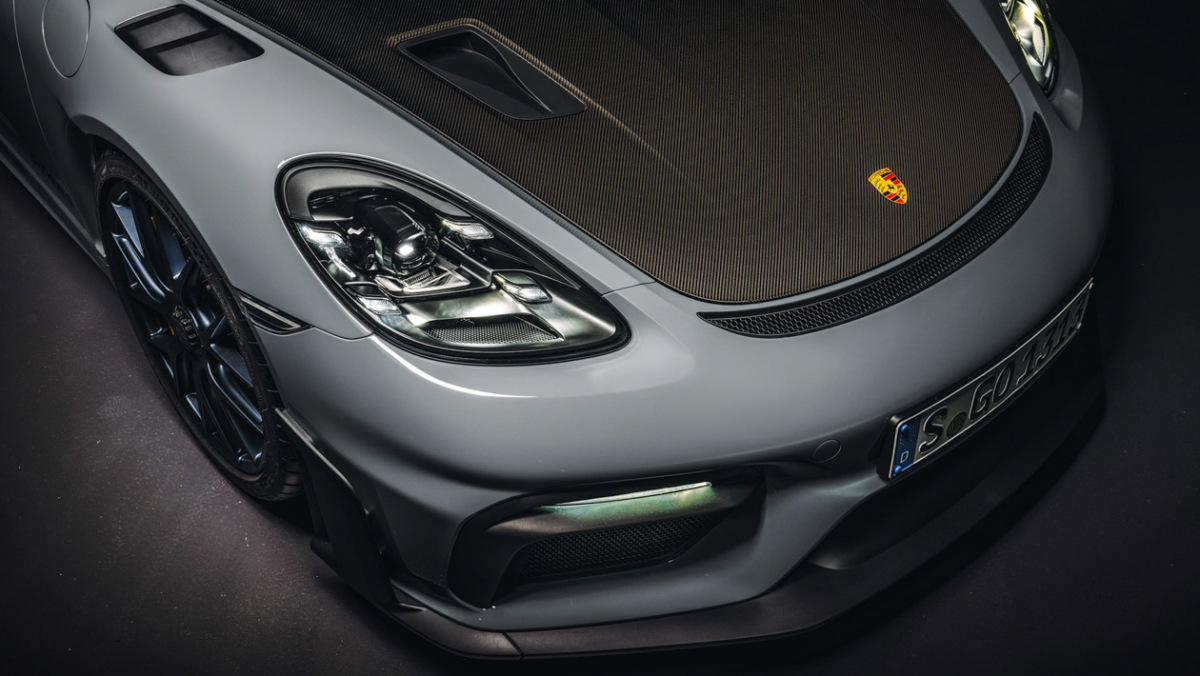 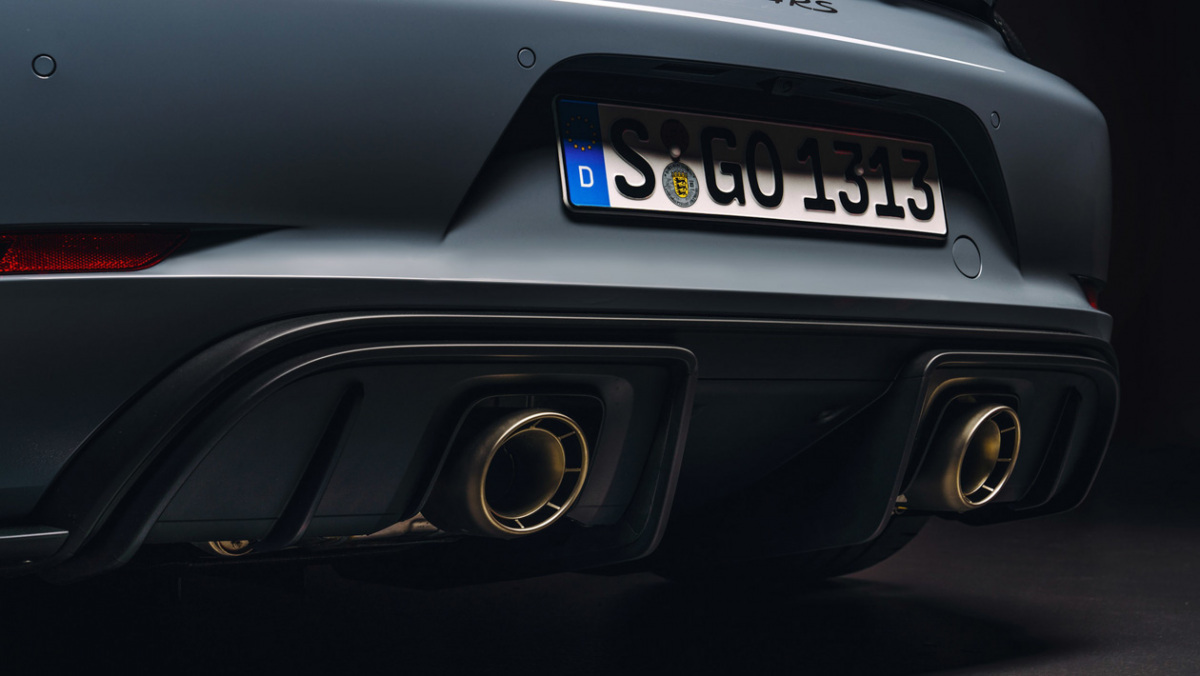 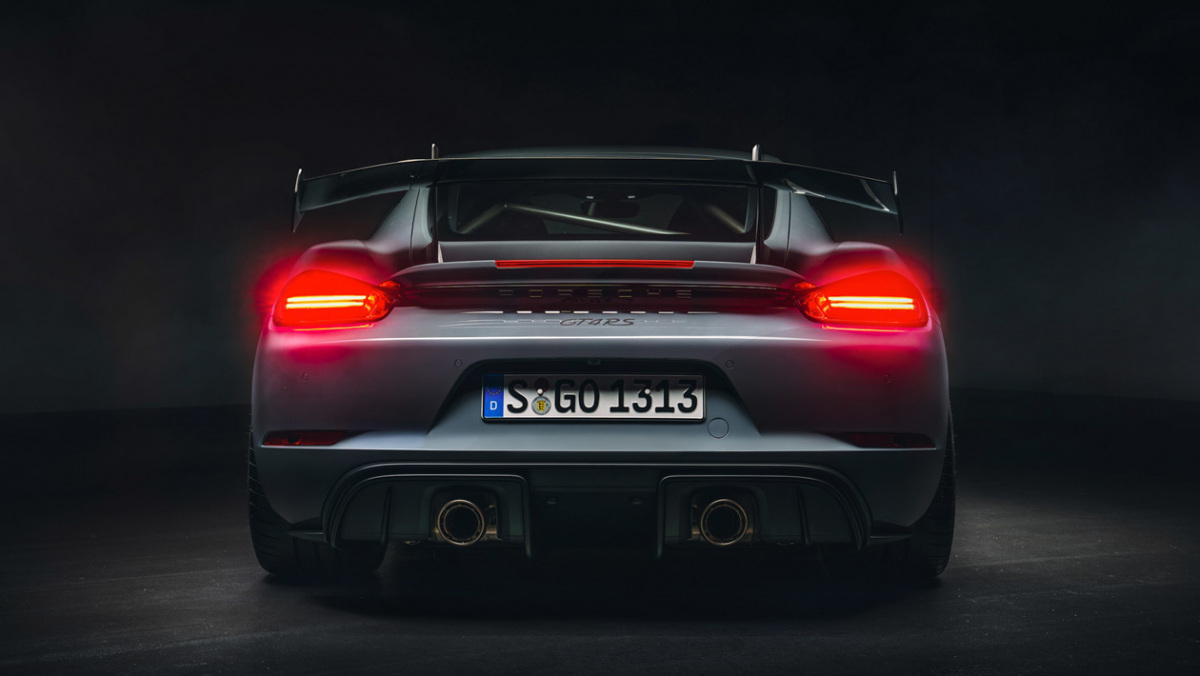 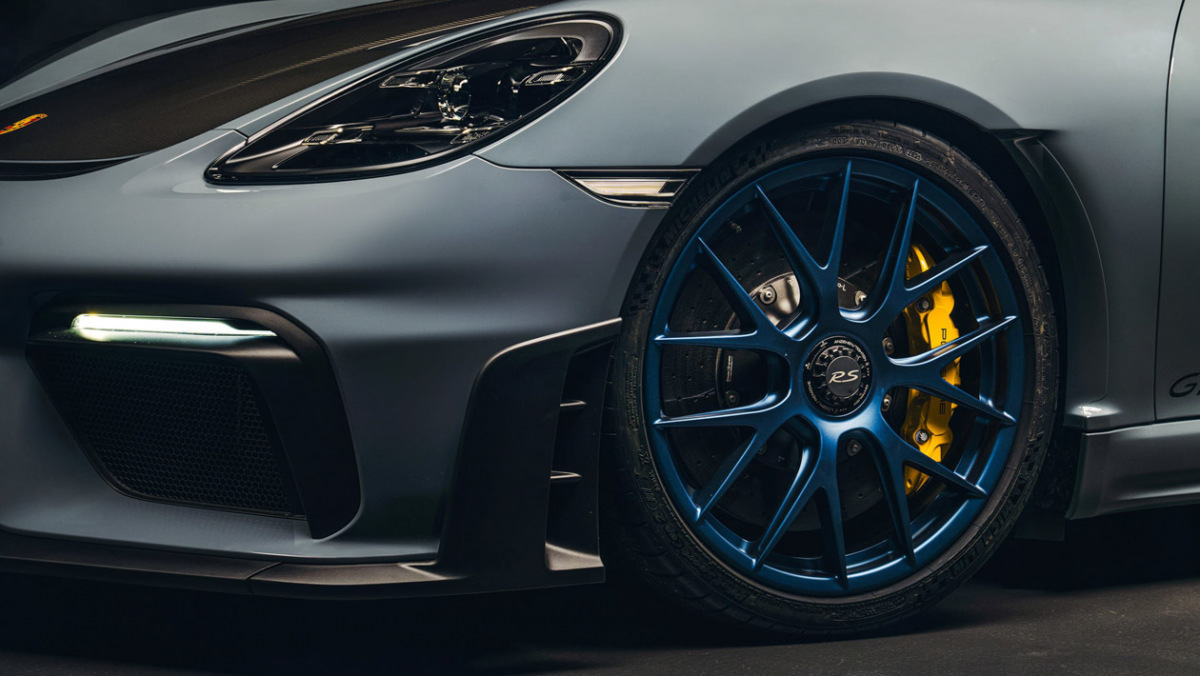 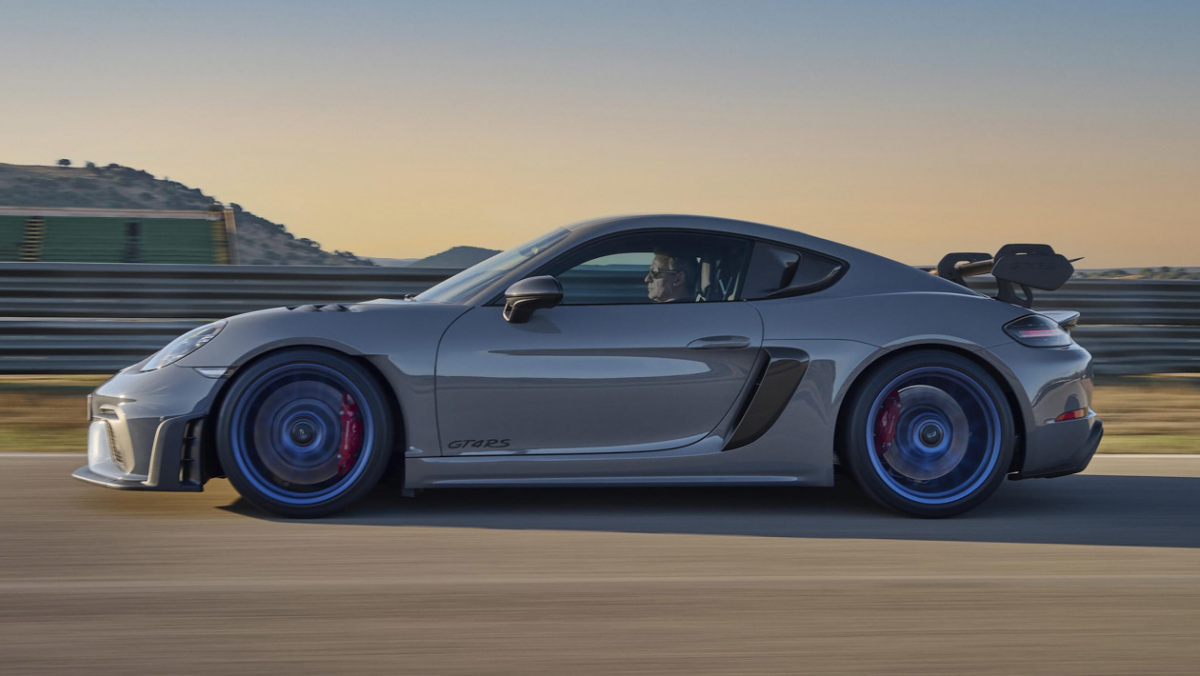 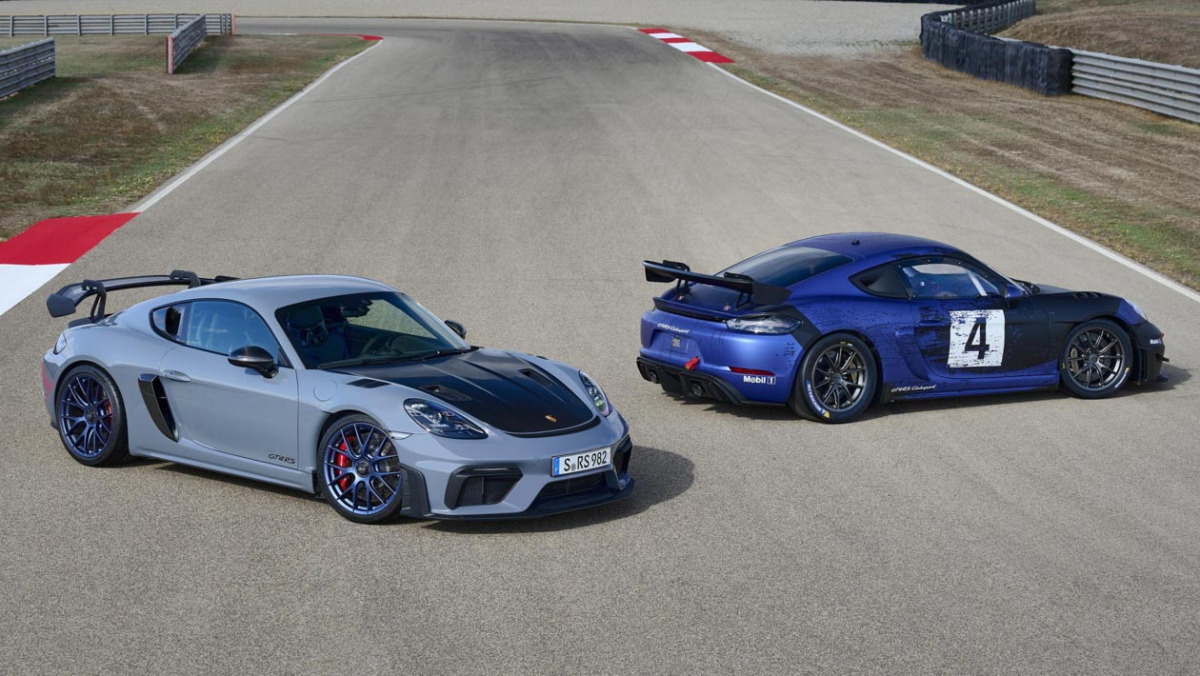 Porsche has revealed the most extreme and most exciting take of its mid-engined Cayman ever. We had to wait two generations for the standard GT4, and while it is a stunning sports car, there was always that lingering feeling about what an RS with a motor borrowed from a GT3 might possibly be like.

Well this is no longer a theoretical proposition, because Porsche’s GT division has answered our prayers by revealing the new 718 Cayman GT4 RS – a stripped-out, refocused, 493bhp supercar-cum-racer with a 9000rpm redline and the motorsport division’s finest overseeing the project. Oh boy.

Best to start with the GT4 RS’s most exciting element and that’s the engine. Replacing the GT4’s Carrera-derived engine is a 992-gen 911 GT3’s MDG.G naturally-aspirated 3996cc flat-six. Power and torque are marginally down compared to the GT3 with 493bhp (-9bhp) and 332lb ft (-14lb ft) of torque, but the figures are way up on the base GT4 with an extra 89bhp on tap and torque up by 22lb ft.

The engine will also rev a full 1000rpm higher than the base GT4 to 9000rpm, and like all modern RS models it has a distinct intake system, which rather than just drawing air from the side intakes as in standard Caymans, now also draws air in from bespoke intakes that sit in place of the rear quarter glass. Fast-moving air is then piped through the cabin and down into an airbox that sits under a bespoke cover. The standard-fit titanium exhaust still houses gas particulate filters, but as proven in the GT3, Porsche has figured out how to make these work while not compromising on engine sound and volume.

The only available transmission is a seven-speed PDK dual-clutch, power of course being sent to the rear wheels via a limited-slip differential. Combined with a launch control function, acceleration to 100kph is down to just 3.4sec, 0.5sec ahead of a GT4 PDK and identical to a 992-gen GT3. Top speed is 314kph.

As with most RSs, any extra power is extrapolated by having less weight to shift. The official DIN rating (that’s EU with a full tank of fuel) is 1415kg, making it 35kg less than a GT4 PDK and 20kg down on a 992 GT3 PDK. This weight loss certainly helps the GT4 RS match the more powerful GT3 on paper, but it’s still a remarkable achievement considering the GT3’s extra rubber on the road and inherent traction advantage driven by the engine being sat directly on the rear axle.

The GT4 RS’s core suspension hardware is essentially the same as lesser GT4’s, so that’s double-wishbones up front and a five-link rear, but the setup and geometry is bespoke compensating for both the extra performance and extra downforce the GT4 RS has on tap. The car itself sits a further 30mm lower than a base GT4, while standard-fit adaptive dampers have unique flow rates, and there are modified spring rates and new anti-roll bars too.

The GT4’s aero package is also much more substantial, being dominated by a larger rear wing mounted on new swan-neck supports and bespoke front wings with top-vents and a subtle reshaping of the front arch itself that helps reduce air pressure and therefore lift. Porsche is quoting a 10 percent increase in downforce in road mode, but this rises to 60 percent when in Performance mode, which is only able to be selected on-track.

Both the front wings and the bonnet are constructed from carbonfibre reinforced plastic, the weight saving goes so far as to replace the enamel and plastic badges with stickers. Porsche has also confirmed an optional Weissach Package will be available for an extra $12,000, which builds on the standard specification with exposed carbonfibre finishes on the bonnet, intakes, airbox cover and rear wing. A similar magnesium wheel design as found on other RSs are also available, but they need to be specified on top of the Weissach Package for an extra $14,161 – a new design of forged aluminium wheel on Cup 2s are otherwise standard.

The interior is resolutely stripped of excess, with Porsche’s Race-Tex material covering most interior surfaces including the dash, steering wheel, door cards and roof lining, while the GT bucket seats are also available with a unique blue inner lining. Porsche has also fitted a titanium half-cage behind the driver that’s partially visible through the rear glass.

Prices for the new GT4 RS will start at $145,870, a close sum to a GT3, but like all new cars from the GT division the issue will not be if you have the money to buy one, but whether you can secure a build slot. Away from the inevitable battle to get hold of one, the fact Porsche has finally relinquished its frustrating reluctance to really push the mid-engined Cayman to the limit of its capability is something to get excited about, even if it might suggest the end is nigh for Porsche’s mid-engined sports car.

Previous ArticleToyota GR86 review – new coupe takes the challenge to Porsche’s Cayman 2.0
Next Article No truth in reports of McLaren sale to Audi