We caught up with Formula 1 Red Bull Racing stars Daniel “Rock ‘Ard” Ricciardo and “Mad Max” Verstappen, along with team supremo Christian “Gingers Make Me Hot” Horner at a dune-bashing session in the Abu Dhabi desert to discuss Red Bull’s 2016 season, hopes and goals for next year, and the importance of ‘champagne shoes’.

… on Dirt biking on the Dunes

Max: “For me in the dunes on the bikes, I enjoyed that. I took it quite easy – it’s not like I’m going flat out – because for sure I would’ve crashed. Up is not a problem, but afterwards it’s a big drop, so I was like “Oh shit!” It was quite a big descent, but I think it’s pretty normal over here that you have those things.”

Daniel: “I like it. I didn’t give [Max] any tips” – it was Verstappen’s first time on the dunes – “and originally I thought he was going out in the buggy! One thing I was saying to one of the other guys out here in the sand is that, because obviously it’s so soft, momentum is important. But he did well, because it’s tricky on the sand. Plus, it’s a good thing it’s soft: when you do have a little fall it’s pretty painless.”

Have you ridden on sand a lot?

Daniel: “Yeah, about an hour from where I grew up in Perth [Australia] there are dunes like this. As a kid I was more on quad bikes, because mum wasn’t really a fan of two-wheel bikes for me. But over the past few years I’ve gotten myself more into two-wheel dirtbikes, so over Christmas and that, I try and do it as much as I can.”

Christian: “Yeah it was great fun, to see how much grip these buggies have got. I’ve driven in the snow before, which isn’t that dissimilar, just a bit colder!” 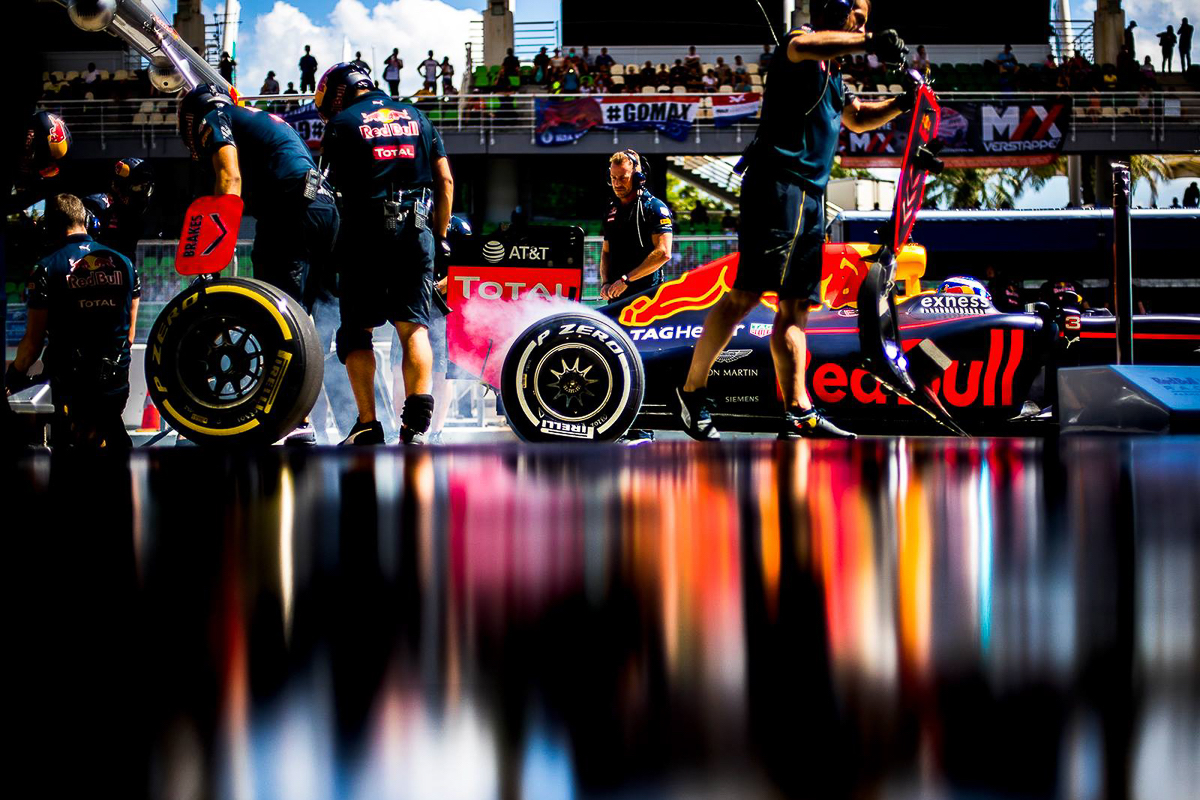 Christian: “It’s been an amazing season. Our expectations at the beginning of the year were to get in the top five, so to emerge as the nearest challenger to Mercedes and come away with second in the Constructors [championship] having won two Grands Prix, it’s been an incredible year for us. Max being the youngest ever winner in Formula 1, and Daniel obviously achieving a one-two finish in Malaysia, plus I think the 14 other podiums, means a lot.”

Max: “It has been a great season, and I was very happy with that. It’s pretty good to think about the results I’ve had. It’s important to enjoy the moments, but also focus ahead again.”

Daniel: “I think that we’ve achieved everything we could this year. Obviously we didn’t win a World Championship, but realistically, we didn’t expect to be close to that, so for me to get a pole position, another victory, and obviously a lot of podiums, a lot of champagne shoes, yeah, very happy. We exceeded our initial goals.” 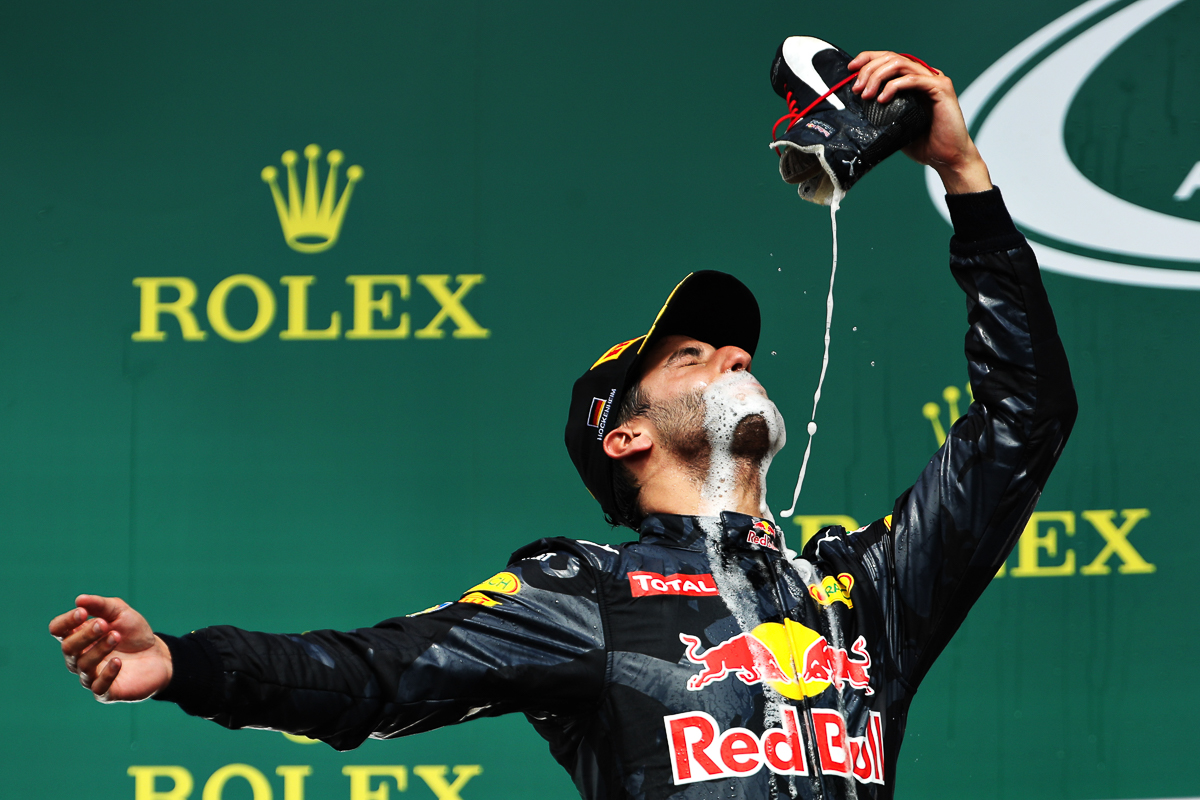 Seriously, what was all that about?

Daniel: “[Laughs] There were a few Aussies, some surfer guys doing it, and on the world stage I saw Jack Miller doing it in MotoGP when he won. So I had it in the back of my mind this year that, if I won a race, I would do it, just to sort of bring something a bit different to the podium.”

Brings something a bit different to the flavour as well after a hot weekend?

Daniel: “Yeah, especially the one in Malaysia. That was sweaty and gross, but because I won, I didn’t care. But I feel sorry for the other guys who drank it! And I didn’t expect it to blow up the way it has. We went to Japan, and they couldn’t say three words in English, but they could say “Shoey”, so I was like this is really spreading quite quickly!”

… on the Brazil GP

Christian: “I think in Brazil, we were witnessing a little bit of history there, Max was in a league of his own in those conditions, and his bravery, his skill, his tenacity, and determination all shone through, in a very dark, wet and miserable day in Brazil. And I think it was great to see. Of course, his drive in Barcelona was a fantastic performance under huge pressure, but the level of skill and bravery he demonstrated in Brazil was a different level.”

Max: “I didn’t expect at all to come from 16th all the way to 3rd, it was very surprising. I mean, I knew I had the pace to be on the podium anyway, and I think that if we did a different strategy, we could easily have finished 2nd, but at the end of the day it was better to finish 3rd like this because it was much more fun! The most difficult overtake was [Nico] Rosberg, because in the first stint it was just very difficult to get close: the top speed plus the spray, and my pace was slower, so I was happy I could overtake him on the restart.”

Daniel: “Obviously stopping and starting is frustrating, because you have to sort of reset all the time, like you’re pumped up to race, and then you stop, so you have to relax a bit, and then you get back again. But at the same time I look back on it and think that they did a pretty good job. It’s always hard to do a perfect job in those conditions, but I think that the fact that Kimi [Raikkonen]’s crash…[pause]…I didn’t see him crash, it happened right in front of me, so when they red flagged the race, it was because visibility was terrible. But obviously even though conditions were on the edge, I was like, ‘I really want to finish this race today, whatever it takes, lets make sure we finish’ .”

Daniel: “Well that’s the hardest thing, and at times it’s a bit scary. But that still makes it fun. Sure it is very low visibility at times: I saw Max disappear ahead, but I actually didn’t see him at all when he passed me, so I’m sure visibility was tough for everyone.

“But I had some extra problems. I had a lot of fogging up in my helmet, and I was struggling to see, especially when I got close to other cars, and that was the biggest problem [I had] as the race went on. Maybe because we stopped so many times as well, your helmet gets wet, the humidity inside fogs the visor, I don’t know. It’s something I want to look at, as it’s never happened before. So it was frustrating, but at the same time, hats off to Max. It was a good race.”

Daniel: “The start of the season was a little bit chaotic, I guess, with all that going on. But at the same time it didn’t really affect me directly, nothing changed from my side of the garage. Then when Max came in, obviously there was a lot of attention on that. But we both looked up to it, with the first race in Barcelona, and I feel like we both went from strength-to-strength, and pushed each other, and the team got better. It seems like we all sort of grew together.

“At first some people questioned the change, but no disrespect to Daniil [Kyvat, Ricciardo’s former Red Bull teammate], we’ve obviously had a very strong season since then, so it worked out well.”

Max: “It’s happening all very quick, for sure, but it’s been laid out my whole life, so it’s not something very new for me, to be honest. But as I’m getting older, I guess I’ll become more experienced in Formula 1, and I think I will constantly improve. That, plus the better preparation in the winter will help as well.”

Christian: “It was clear that [Max] was a very special talent, which is why we identified him and promoted his as we did. But I don’t think any of us could imagine the impact he has made, y’know, winning his first grand prix for Red Bull Racing, the drive he produced in Brazil two weeks ago. To me they rank among some of the best drives in Formula 1 history, and he continues to exceed all of our expectations.”

Torro Rosso must be feeling like a good investment by now?

Christian: “That’s what Torro Rosso is there for. It’s there to develop young drivers, to be selected by the senior team, and [four-time World Champion] Sebastian Vettel was obviously the first product of that. Then obviously came Daniel Ricciardo, Daniil Kvyat, and now Max Verstappen. Carlos Sainz is doing a super job there too, so as a driver training ground it’s working extremely well.” 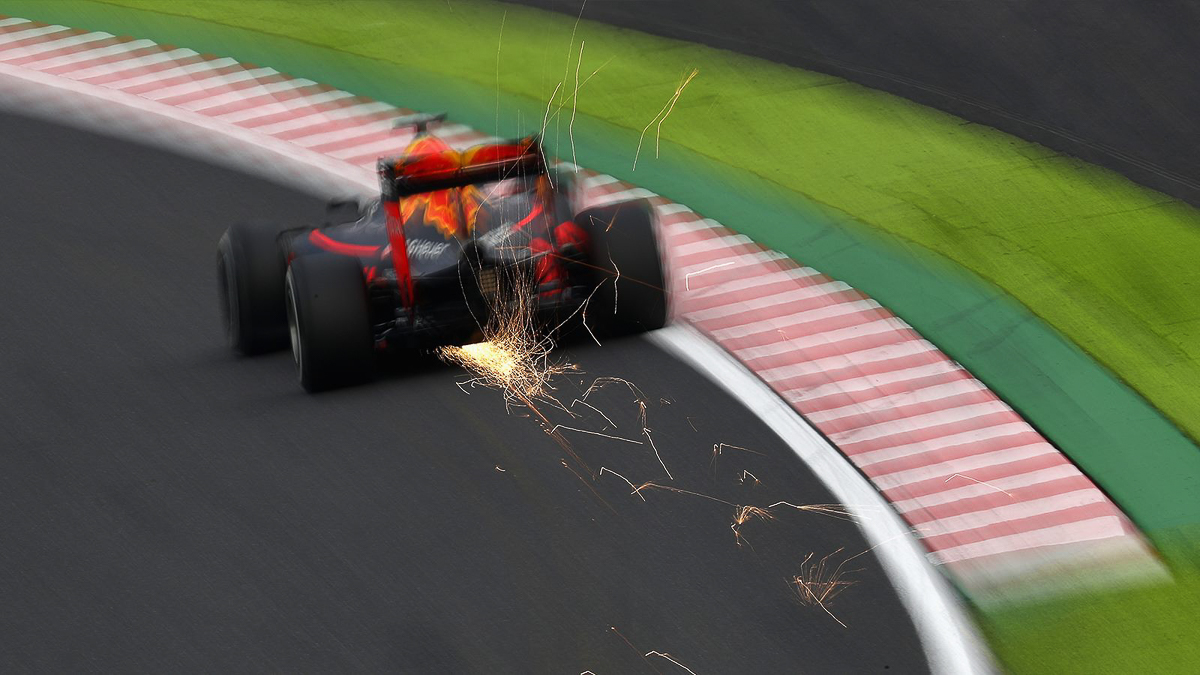 … on Bernie’s suggestions for a two-race weekend

Daniel: “[Pause] If we could race twice a weekend, it may be more fun, I mean the more racing, the better. But…. now I’m probably going to contradict myself…

“Jenson [Button, 2009 F1 champion] made a comment saying maybe shorter races are better, and I kind of think that could work, in some places anyway. It depends. I mean, in Mexico we had some action towards the end of the race, and other races can just drag on a lot. So, two shorter races could be ideal, I don’t know. It’s a tough one. For me, I’d like to race on Saturday, and have Sunday off!”

Christian: “I’m not really a fan of this. I mean, there’s only one Wimbledon final, or one Grand Slam final, and I think that two races isn’t the way to go. Let’s just say we’re aiming to use the momentum gained this year going into 2017.”

Previous ArticleVIDEO. Verstappen and Ricciardo rolling in a Kaido Racer
Next Article OPINION. Who should replace F1 champion Nico Rosberg?