This week Jaguar lifted the lid on the nine ‘lost’ XKSS, based on motorsport’s iconic D-Type, that will be rebuilt. This, plus Jaguar Racing’s debut in the all-electric Formula E, have got us thinking about nearly half a century of Jaguar Racing 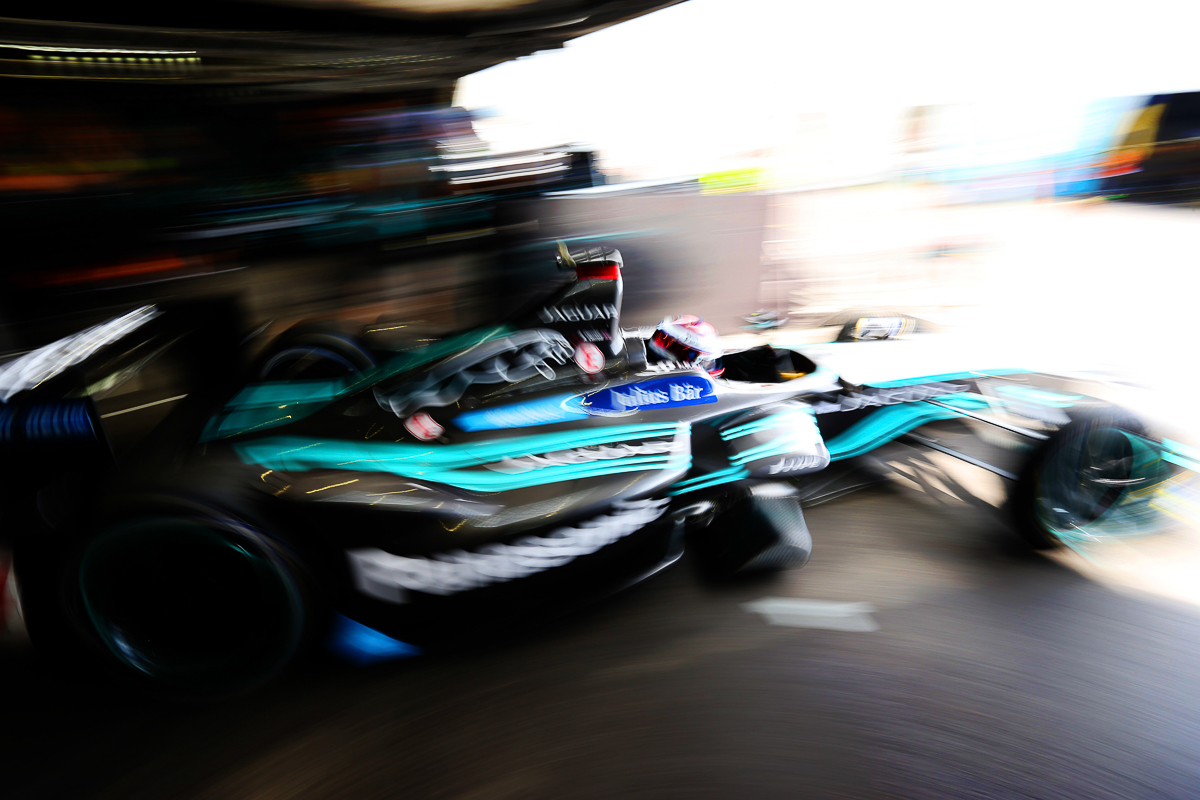 “Sorry, we have no plans for a sports car return at the moment.

“We considered many series, but felt that, for Jaguar, Formula E is the perfect championship at the perfect time, given the way the automotive scene will change in the next five years. It’s one of the reasons we decided against British Racing Green for our livery: we wanted something future facing, and I think the phosphorous blue and grey nods towards where Jaguar is going rather than where it’s been.”

It’s as Jaguar Racing research manager Richard Devenport speaks with crankandpiston.com that a quote from Aussie legend Frank Gardner pops into my head: “I don’t look back, it gives me a sore neck.” Whether Richard is a fan of the three-time British Touring Car Champion, I’ve no idea, but the philosophy at least is sound. After all, it’s been 12 years since teammates Mark Webber and Christian Klien collided at the 2004 Brazilian Grand Prix, bringing Jaguar’s tumultuous Formula 1 tenure to an end in chaotic fashion. Five fruitless seasons netted the British marque just two podiums, 22 points-paying finishes, and a significant dent in its illustrious racing heritage. Maybe that’s one reason Jaguar Racing prefers to concentrate on its ‘future facing’ Formula E commitments and the road division benefits such a commitment would produce. The automotive scene, after all, is shifting.

“The acceleration rate for Electric Vehicle technology is immense,” Richard explains, “and the racing environment is so fast-paced, it pushes that development forward even more. This means it’s looped back into Jaguar’s road car division much quicker than with a normal, engineering scale. It would have been very easy to enter another series – a lot of fans think we should have done – but Formula E is crucial to Jaguar’s future electric strategy.”

Even if Richard and the team continue looking forward though, they’re not oblivious to the weight of expectation that an official Jaguar Racing campaign creates. 12th place for Adam Carroll at the season opening Hong Kong ePrix may be a solid start for Formula E’s newbies, but down the line, success is a must. It has been since the dawn of Jaguar’s ‘new era’ of racing, the 1948 XK120. 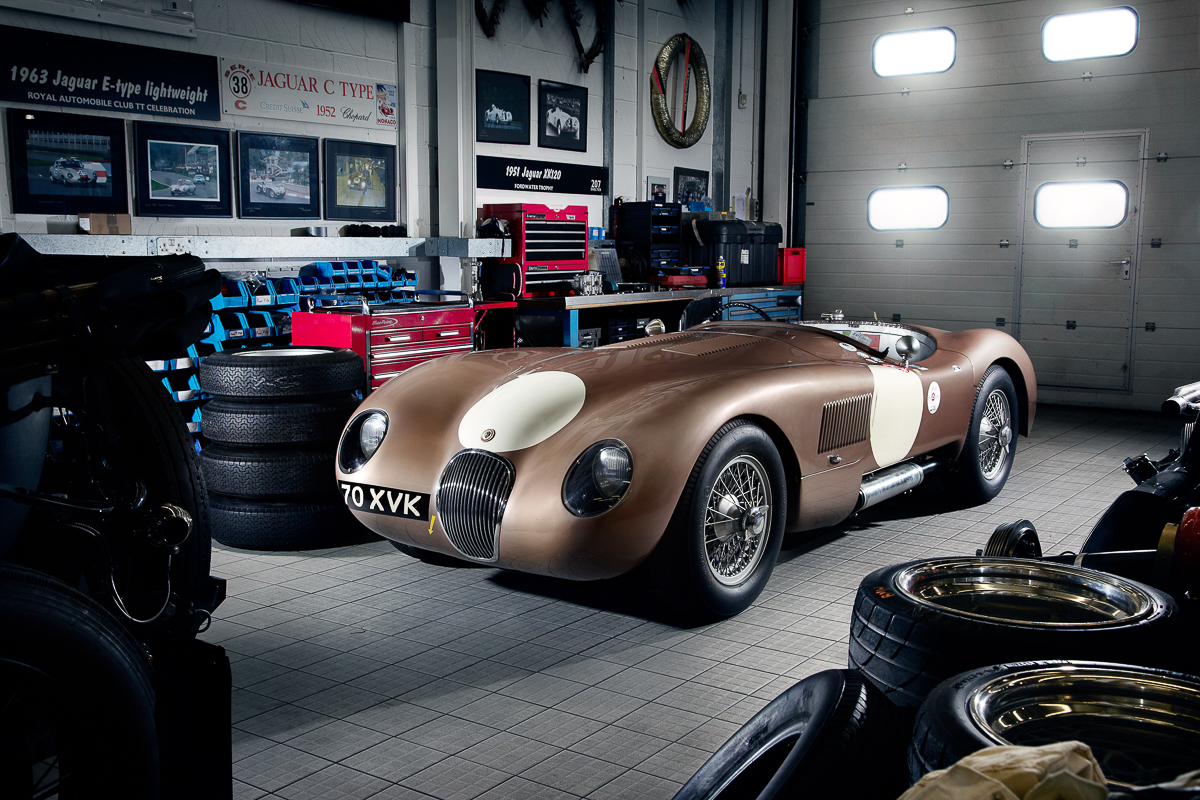 The build could be considered rudimentary at best, aluminium panels bolted to a wooden-frame that served primarily as a test-bed for Jaguar’s new 3.6-litre ‘XK’ six-cylinder. The XK120 was, however, rapid, the ‘120’ referring to the 120mph (193kph) top speed that made it the fastest production car in the world pre-1950. Rivals were quickly lain waste both on-track and off, the XK120 taking Jaguar’s first official race victory at the 1949 One-Hour Production Car Race at Silverstone before sealing victory on the Alpine Rally two years in succession, ‘50-‘51. Two of the three, now steel-bodied, XK120s even made the finish on Jaguar’s Le Mans debut in 1950.

One year later, the XK’s transmission and suspension geometry were transplanted into a lightweight, tubular chassis that formed the new XK-120C (read C-Type) under the tutelage of aircraft engineer Malcolm Sawyer. Further success followed, the C-Type’s 260bhp 3.4-litre six-cylinder and ‘wind cheating’ bodywork allowing Sir Stirling Moss to break La Sarthe’s lap record, and Peters Walker and Whitehead to take the first of an eventual seven victories for Jaguar at Le Mans in 1951, nine laps clear of the field.

Le Mans success was repeated in 1953, the C-Type’s more aerodynamic bodywork (courtesy of designer Bob Knight) and radical use of disc brakes allowing British teammates Tony Rolt and Duncan Hamilton to lead home a Jaguar 1-2-4 at an average speed of 105mph (170kph), the first such time the race average had dipped into triple figures. Rapid development from Ferrari and Mercedes-Benz though meant the end of the road for the C-Type come 1954. A newer, lighter, faster Jaguar was needed. Enter the D-Type. 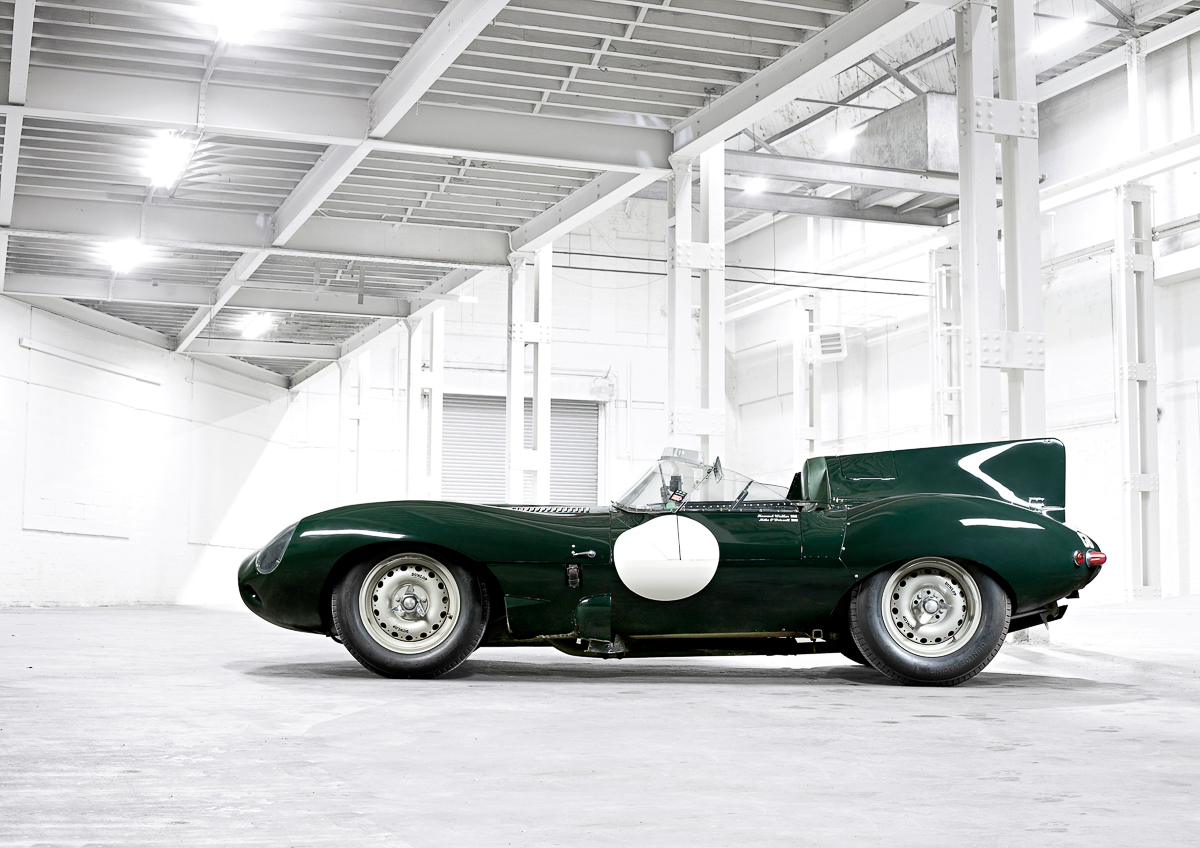 Designed by Malcolm Sawyer, the D-Type is considered one of the strongest and most successful sports cars ever built, its use of a semi-monocoque chassis (unheard of), disc brakes and a rubber fuel tank proving a game-changing combination in 1954. The XK six-cylinder once again made the leap, now punching 250-280bhp and working alongside streamlined bodywork to demolish the opposition on high-downforce circuits (hence success at the similarly high-speed Sebring 12 Hours). Ferrari’s greater traction in the rain meant Rolt/Hamilton missed equalling their ’53 victory in 1954 by a single lap, but from then-on, the D-Type dominated.

A hat trick was sealed between 1955 and 1957, the latter with a 3.8-litre capacity that helped nab five of the top six places in the D-Type’s final Le Mans outing. How Jaguar’s fight with Mercedes might have unfolded will never be known, the three-pointed star pulling out of official motorsport competition following the ’55 Le Mans tragedy that saw 84 people perish when Pierre Levegh’s 300 SLR somersaulted into the grandstands. Jaguar’s ‘55 Le Mans victory remains bittersweet – Levegh had been attempting to avoid eventual winner Mike Hawthorn as he slowed for the pits – and its fifth win at La Sarthe in 1957 would remain Jaguar’s last until 1988.