The sight of an endurance racing prototype whistling down the main straight is not one we’ve grown accustomed to at the Dubai Autodrome. But since the facility is also home to the Gulf Racing Middle East team, it proves the perfect testing venue ahead of the 2013 World Endurance Championship. 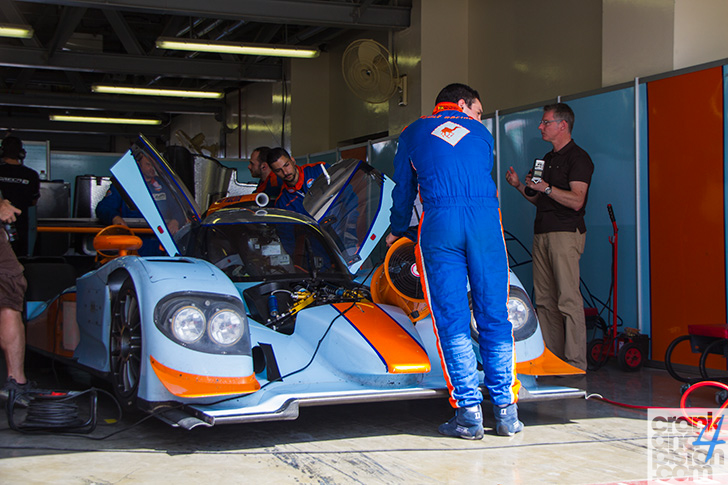 Amongst the team’s checklist today, as well as technical shakedown of new setups and electronics (including a new traction control system), Gulf Racing is also shaking down a potential driver line-up for the upcoming World Endurance Championship season. And that, of course, includes the infamous Le Mans 24hrs. 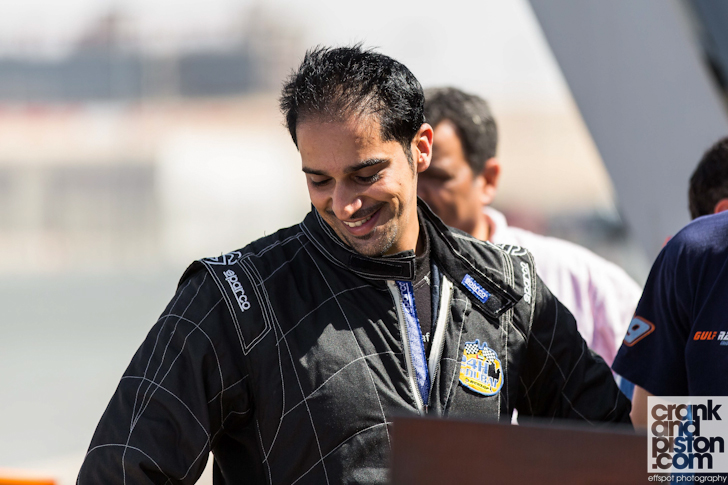 Among the headline acts is team principal Fabien Giroix and long-term driver Frederic Fatien, former Formula-One driver Stefan Johansson, and – now – Khaled Al Mudhaf, with whom crankandpiston grabbed a few words before he slipped on his helmet.

“This test is life changing,” explained Khaled. “Fabien [Giroix] gave me a call after the Dubai 24hrs, said he was very impressed with my driving and asked me to come test the team’s LMP2 car. I nearly had a heart attack!”

Khaled, the first Kuwaiti to receive an FIA racing licence, has raced a lot of different machines in his three years on the Middle East circuit, including a Lamborghini in this year’s Dubai 24hrs and an SR8 in the Radical Winter Cup. The Gulf Racing Middle East Lola-Oreca however is a far different proposition. 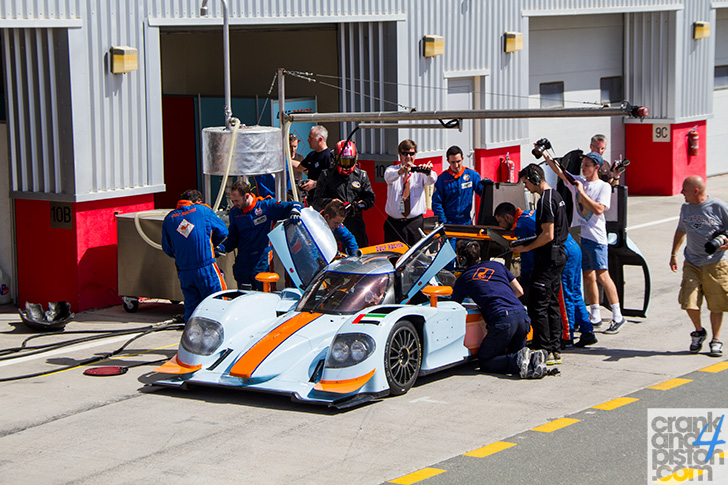 “It’s beautiful but very intimidating to drive on the limit. It’s like you’re sitting in a spaceship: you can barely see out! But once you get the hang of it…I don’t know what to say James. I’ve been racing for three years now and nothing compares to this! I found out from one of the team engineers that this has 75% more downforce than a Radical!” 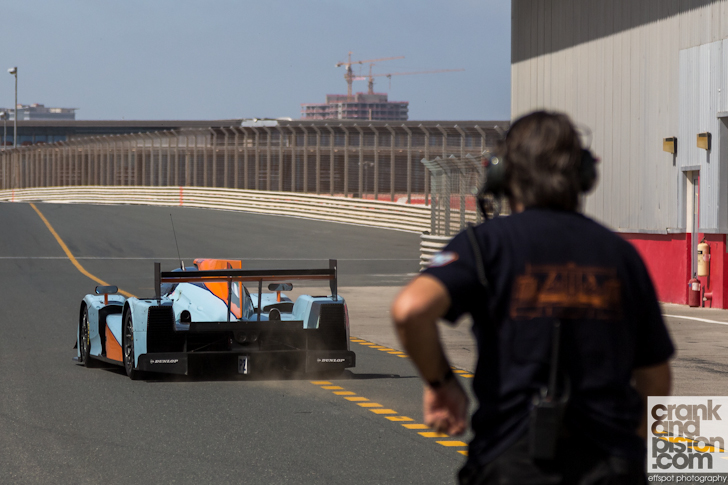 So far Khaled’s experience in the Lola is just 20 laps of the Dubai Autodrome GP Circuit, but after a quick bite of the performance, the Kuwaiti is keen to turn the wheels in anger on the international stage.

“I’m trying my best to raise the funds and it would be a dream to join the team [in the WEC]. Actually when I started racing I had two dreams. I set out to do Le Mans and the Dakar Rally. This is a step closer to those dreams. Gulf Racing is the only GCC-based team in the WEC, and last season they didn’t get enough coverage in the region. So being a Kuwaiti, I’d love to help raise the profile of the team. I’d be very proud to race with them.” 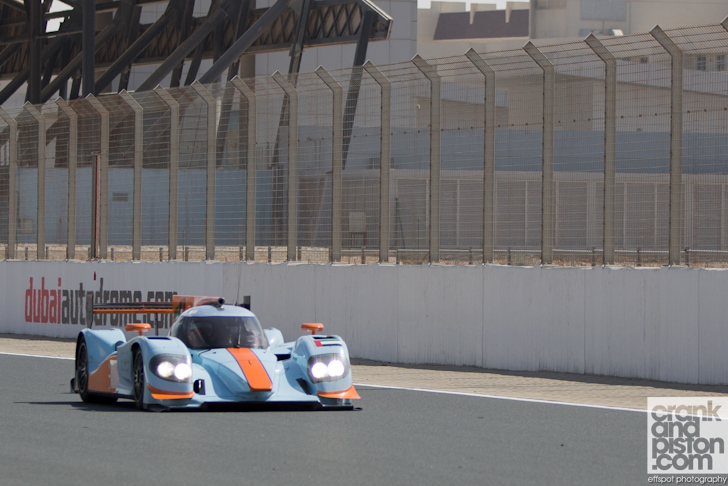 And if experience is not enough to convince team boss Giroix to take a shot with Khaled, the Kuwaiti has another ace up his sleeve…

“I’ve told Fabien, if he let’s me do Le Mans, I’ll bring a camel to the race as our mascot!”