Red Bull-sponsored professional drifter Abdo Feghali brings a Guinness World Record to the Middle East. The Lebanese Red Bull Car Park Drift judge performed a continuous drift around a 260-metre course for 43 laps, his total of 11,180 metres more than double that of the previous record set in September 2011. 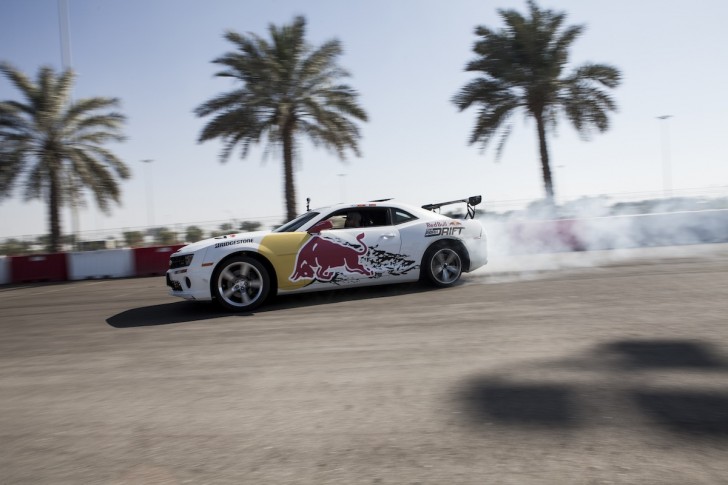 It’s not often you’re on-hand to witness a new world record being set, but yesterday crankandpiston did just that when Red Bull-sponsored athlete Abdo Feghali set a new record for the longest continuous drift in a car.

Actually ‘set’ seems a bit ingenuous: he demolished it. The former record, set by Wang Qi at the World Drift Series in Tiajin, China has stood at 5802m for just under 18 months now.

Yesterday at the Yas Marina Circuit in Abu Dhabi, Abdo ‘Dado’ Feghali looped a 260m course 43 times (18 times more than required) to set a new world record of 11,180m, more than double that of the existing figure set on 30 September 2011. 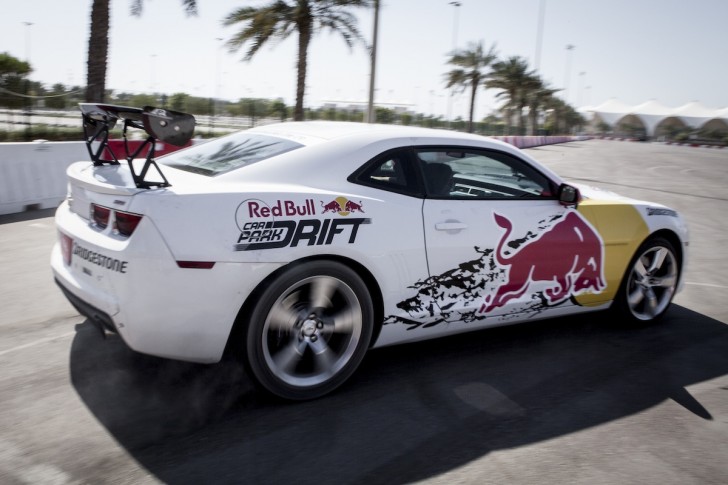 Using a stock Chevrolet Camaro SS – with a Camaro ZL1 on stand-by – pumping out 450hp and whose only main upgrades include a hydraulic handbrake and KW suspension, Feghali was able to continue his drift at a speed of just over 60kph, though the man of the moment admitted later on that he had at one point touched 80kph. 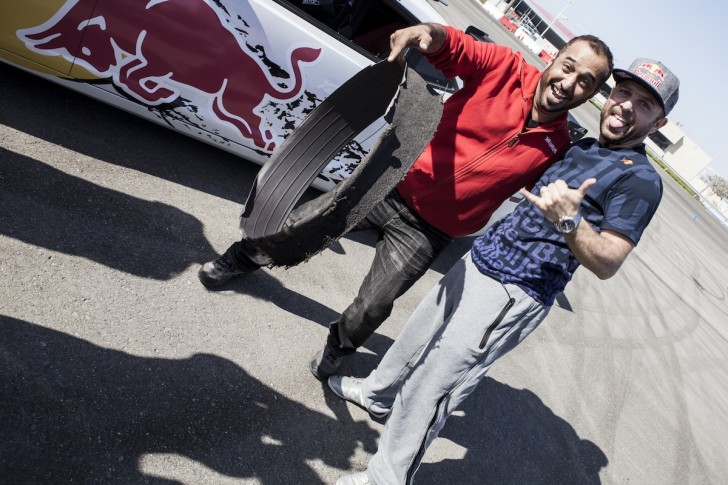 As well as support from Red Bull and Chevrolet, the new Guinness World Record holder was aided in his attempts by EasyDrift‘s new Driver Training System a plastic durable polymer that envelopes the rear Bridgestones. As well as protecting the tyres, the plastic ring simulates the same level of grip you would find when driving on ice.

Though one of the rear polymers called it quits just after 30 laps, the Pirellis – though badly blistered – still offered more than enough grip to launch Feghali into the record books. 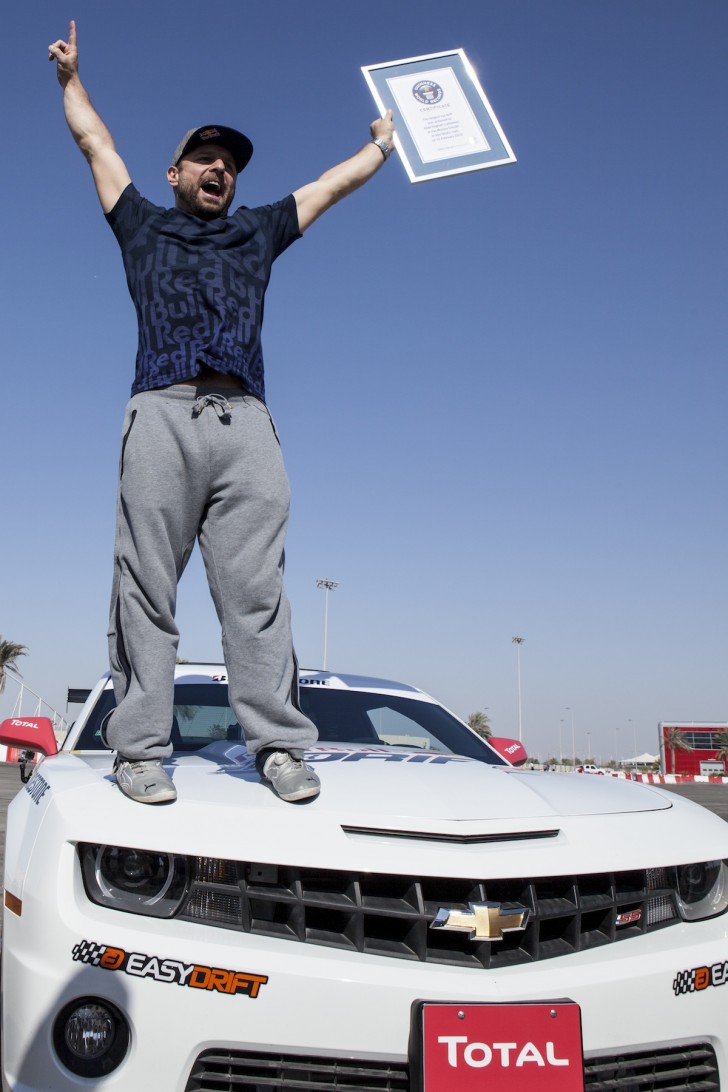 The clearly overjoyed Red Bull Car Park Drift judge, having already celebrated his achievement with a few crowd-pleasing donuts, completed an adrenaline-fuelled run by leaping onto the SS’s bonnet, a framed Guinness World Record certificate clutched in his hands.

“We nailed it!”, exclaimed Abdo. “We had all the ingredients to get this record. This record started in the States and now it’s in the Middle East, where I’m sure it will stay here for a long time! I’m sure with the help of Red Bull, Chevrolet and Easy Drift, we can break [the record] again. It’s just the beginning guys!”

Previous ArticleGulf Racing Middle East. Dubai, UAE. LMP2 Shakedown At The Autodrome
Next Article Cadillac DeVille. Down for the Night