Classic car collector? Got a spare quarter of a million dollars handy? You might want to get yourself to Monaco this weekend

Looking for a new car? Free this weekend? Then you’re in luck – assuming you have a taste for speed and quite a large budget. If that’s the case, hop on a plane, boat or other fast vehicle and head to the luxurious principality of Monaco, for an auction of vehicles that includes plenty to salivate over.

The Bonhams Monaco sale on May 13 features a mix of modern machinery that will surely end up as classics, and some seriously exotic race cars. Maybe you’re in the mood for an Aston Martin One-77 – number 25 of the 77 made – which has covered just 850km. It could be yours for around $2m-2.5m, depending on how well the bidding goes.

Want something more vintage? Then dribble over this road-registered 1953 Jaguar C-Type, which raced (and finished) at Le Mans and has been in single-family ownership since 1963. It is quite pricey though – expect it to sell for between $4.5m and $5.7 million.

You can see the full catalogue HERE 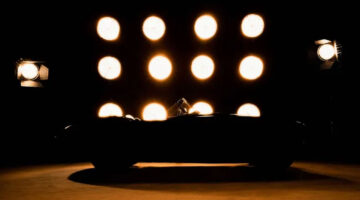