Joining its upgrades for the Rolls-Royce Cullinan Black Badge, Spofec has revealed a tuning package for the Ghost saloon. As it did with the Cullinan, there are a number of exterior modifications available alongside mechanical upgrades that give performance a further lift.

Spofec’s upgrades sit over the top of the already high-spec Black Badge modifications from the factory, its piggyback ECU extracting even more power. Thanks to tweaks to injection, ignition and boost pressure control, output from its 6.75-litre twin-turbocharged V12 now stands at 696bhp and 739lb ft of torque – an uplift of 104bhp and 75lb ft.

Despite a very high weight figure, all-wheel drive and a fast-shifting eight-speed automatic transmission help it reach 100kph from standstill in 4.3sec, down three tenths over a standard Black Badge. Top speed remains at an electronically limited 250kph.

Novitec is known for offering additional styling elements made from carbonfibre, and the Spofec Ghost Black Badge is no different. At the front a completely new fascia features striking vertical LEDs, enlarged intakes, and fettled aerodynamics that aim to improve high speed stability. There’s also new sills (available in standard or long wheelbase forms) while a fresh rear bumper is fitted in conjunction with a subtle lip spoiler.

To go with the new aesthetic there’s a new set of 22-inch forged nine-spoke SP2 wheels replacing the composite 21-inch items found on the standard Black Badge. Developed in partnership with US wheel manufacturer Vossen, buyers can choose from 72 colours.

Spofec has also engineered a new valved stainless steel sports exhaust system to increase the V12’s engine note, available with or without externally visible tailpipes. The ride height can also be lowered by 40mm via a software tweak to the standard air-springs, lifting those new wheels into the arches, with ride height automatically returning to factory-calibrated level above 140kph.

As with all of its offerings, the tuner will also customise the interior in various shades of leather or Alcantara at an additional cost, however we’d imagine it a difficult thing to rip out the Ghost’s already sumptuous standard interior. Prices are typically unspecified, but given the standard Ghost Black Badge retails from over $278,000, we’d guess prices are correspondingly expensive. 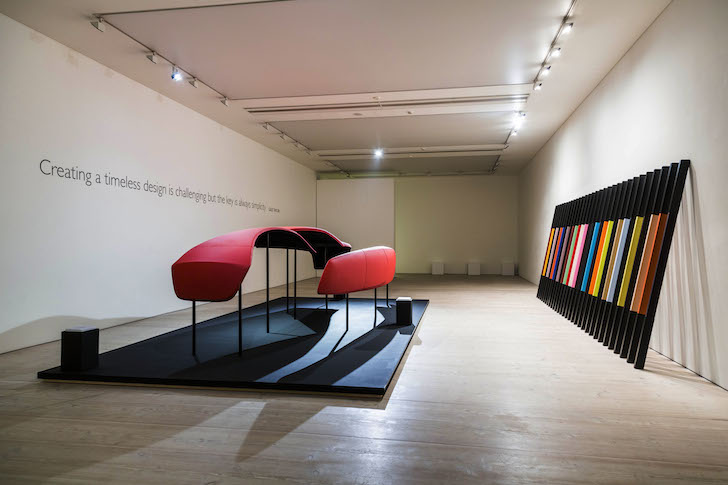 Rolls-Royce as art. Touring the globe