FS Aviation give a birds eye view of Volkswagen’s first win in the World Rally Championship on Rally Sweden with Sebastien Ogier and the VW Polo R. 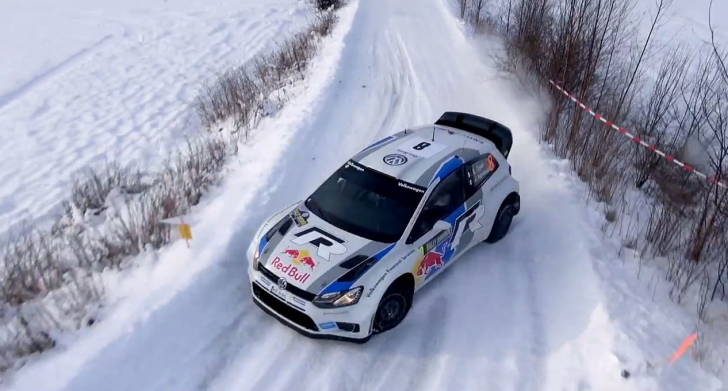 So near yet so far on the Monte Carlo Rally, Volkswagen duly took its first World Rally Championship victory at only its second attempt. Winning a rally is seldom that simple though.

Sebastien Ogier, only the second non-Scandinavian to win Rally Sweden in the event’s history, had to overcome some tough competition from former Citroen teammate and countryman Sebastien Loeb, the seven-time WRC Champ making the second of only four starts in the DS3 WRC in 2013. Come the end of nearly 340 kilometres though, it was Ogier’s VW Polo R that ruled the roost.

As they did in Monte Carlo, FS Aviation was once again on-hand with the drones to give WRC fans a birds eye view of proceedings