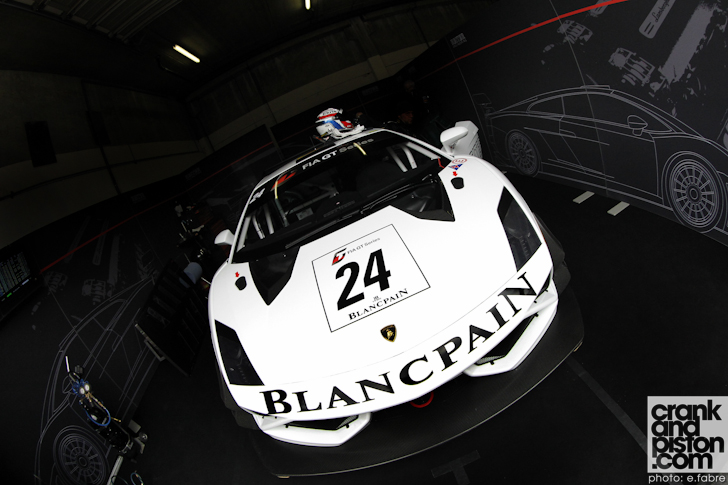 Securing victory in the FIA GT Series is special enough. But for Stefan Rosina, his victory at Zolder in the Reiter Engineering Lamborghini LP560-4 was more than that. It was redemption.

The Reiter driver had been inconsolable following the Qualifying Race. Second had been a good result, and from pole position to boot. But having led the early stages of the race until locking a brake into turn one, Rosina knew – as did most throughout the paddock – that victory had slipped through Reiter’s fingers. 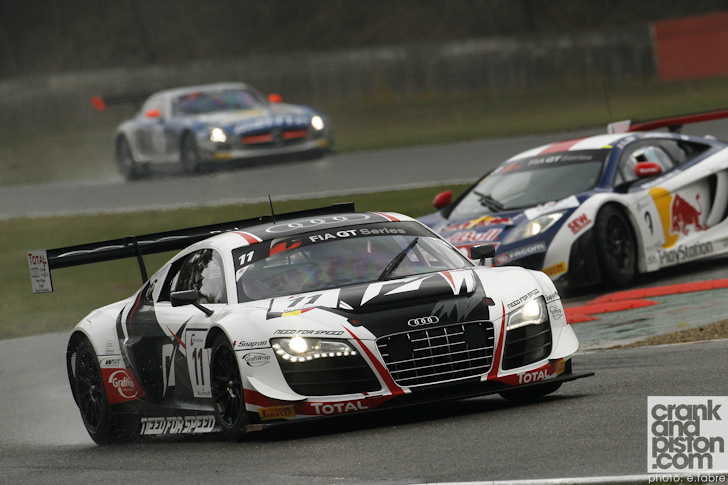 The lucky (though no less deserved) recipient was the Belgian Club Audi WRT squad, which celebrated its second win on the bounce following Frank Stippler and Edward Sandstrom’s victorious run in the Championship Race at Nogaro. This time though, the laurels went to Stephane Ortelli and Laurens Vanthoor after a solid run from the front row of the grid. Vanthoor in particular was pleased to take victory on home ground, while Audi was similarly satisfied with its one-three result, Team WRT’s Niki Mayr-Melnholf and Rene Rast following the Kox/Rosina Lambo home for third. 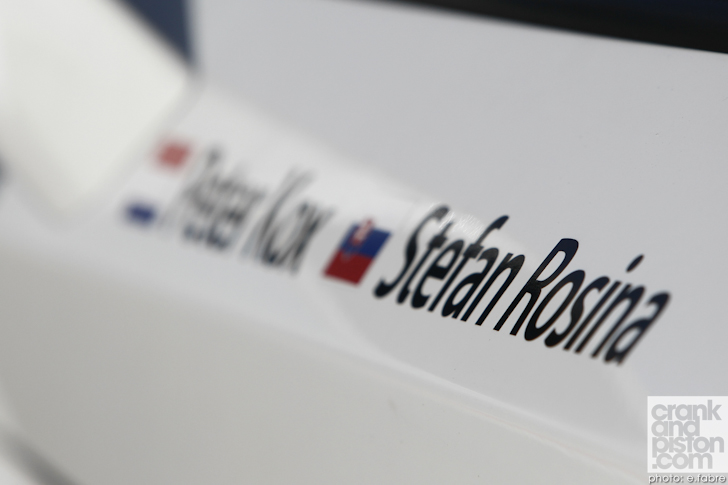 In the Championship Race though, Rosina was not to be outdone. Mirroring the situation he had found himself him twenty-four hours earlier, the Slovakian had his mirrors full of a charging Audi R8 LMS Ultra, again piloted by Vanthoor. Resisting the temptation to keep checking his mirrors, and despite the local boy having picked five-second deficit apart in next to no time, Rosina left no door open. The gap at the flag would be just 0.5s, but Rosina had done enough to secure Reiter its first victory of the season. Though disappointed, second place for Vanthoor/Ortelli gave the duo a clear advantage in the standings. Improving on their fifth place first time out in the Qualifying Race, the Stippler/Sandstrom R8 secured Audi their second double podium of the weekend. 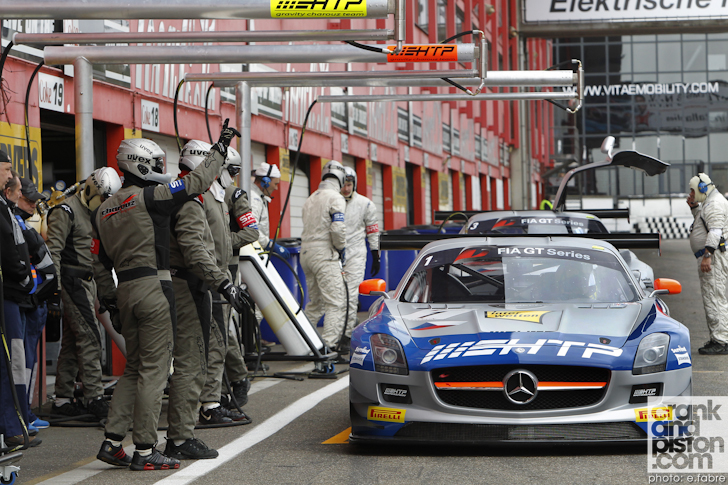 Sergio Jimenez meanwhile was less thrilled with his weekend, despite starring in arguably the most-viewed part of either race. Having pulled the BMW Sports Trophy Team Brasil Z4 onto pitroad and swapped seats with teammate (and former Formula 1 driver) Ricardo Zonta, the Brazilian resorted to unusual methods when the driver’s side door refused to close. By booting it. Problem solved.

Sebastién Loeb Racing was also left less than chuffed after a tough weekend. Technical infringements meant the lead #9 McLaren 12C GT3 of Loeb and Alvaro Parente – fresh from their successful GT Series debut in Nogaro – was bumped from its front row starting point to the back, and would later retire as mechanical gremlins kicked on. Fourth place was as good as it got for the team, courtesy of Andrea Zuber and Mike Parisy’s performance in the Qualifying Race.