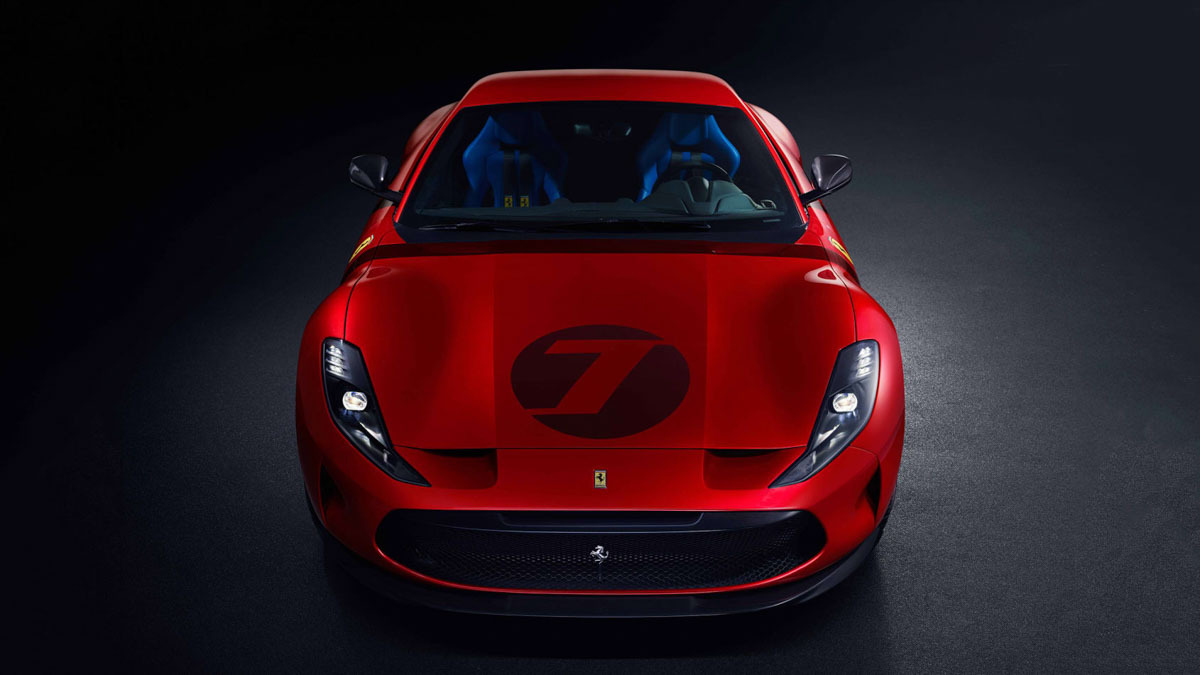 Ferrari has revealed its latest one-off commission called the Omologata, taking the form of a V12 front-engined coupe with contemporary lines and a bespoke hand-made aluminium body. This tenth one-off model was commissioned by a European customer to reference Ferrari’s historical design language, but without falling into the retro-inspired aesthetic that these one-off commissions often can.

The package underneath is based on the 812 Superfast, with a shared aluminium platform, dimensions and 789bhp 6.5-litre V12 engine mated to a dual-clutch transmission. While official performance figures have not been released, they should be similar if not identical to the standard car, which reaches 100kph in 2.9sec and goes on to a 340kph top speed.

What’s changed is the bodywork, which was penned by Ferrari’s in-house Centro Stile design team specifically to the owner’s specification. The body is entirely bespoke save for the headlights and windscreen which are both shared with the 812, and while it may not immediately look that different from the front, the Omologata has a more restrained and blockish aesthetic, with a smaller front grille and new intakes that are cut into shutlines on the bonnet and front wings.

The profile is sleeker still, with a simple two-line design that like the nose hides its intakes and release vents into the shutlines created between the door and front wing and the new rear quarter windows. The sills have a motorsport-inspired profile, and exaggerate the pinched hips that expand to form a tail which has a substantially different look to its 812 base car.

That starts with the removal of the rear screen which has been replaced with a slatted tailgate which sits atop the larger single-roundell tail lights. A clever and unique aspect to the rear is how Ferrari’s design team have bled the slats into the haunches, which are hand-formed from aluminium.

This is an example of Ferrari taking advantage of this (very expensive) process as it would be extremely difficult to mass produce. The rest of the rear end is otherwise a variation on Ferrari’s usual theme, dominated by the large rear diffuser that houses the four exhaust outlets and a return to a single-roundell tail light.

The interior is as per the standard 812, save for new material finishes and a crackle-finish to elements around the central bridge which houses the transmission selector buttons and the grab handles on the doors.

As with all one-off bespoke Ferrari commissions, it would be rude to ask how much all this expensive bespoke loveliness costs, but we’d expect nothing less than a seven-figure number if we were to speculate.