Most focused Panamera continues to impress, but high price makes an Audi RS6 look like a bargain 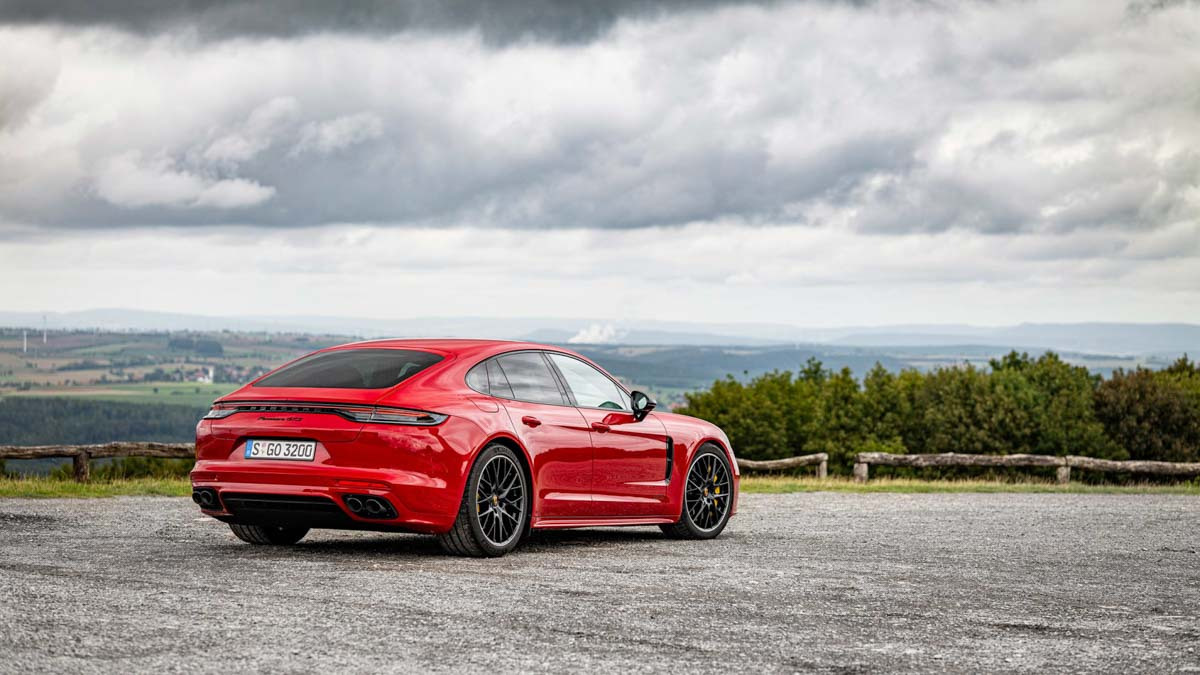 Three simple letters: GTS. While they’ll never have the cachet of Porsche’s GT2, GT3 or GT4 badges, they still represent some of Porsche’s best driver’s cars, from the fantastic Cayman GTS 4.0 to the most focused variants of Macans and Cayennes.

The Panamera GTS has always been a favourite too, and for Porsche’s latest round of updates arrives with an engine retuned for top-end response and fresh-faced styling.

The GTS’s motivating force comes from a familiar twin-turbo four-litre V8. While it makes significantly less power than the similar unit in the Turbo S (473bhp at 6500rpm plays 621bhp), Porsche has tuned it to deliver an increasing gallop towards the red line, mimicking the characteristics of a naturally-aspirated motor. There’s a new sports exhaust too, which should amplify the V8’s voice in our era of petrol particulate filters.

Porsche has recalibrated both its active suspension and dynamic chassis control electronics across the Panamera range, the former to improve comfort and the latter to improve the response of its active anti-roll system. Beyond that, changes to the latest Panamera, GTS included, are largely aesthetic, with the old Sport Design front bumper now applied across the whole range (bar the new Turbo S), updates to the front and rear lights, and new alloy wheel designs.

It’s funny what constitutes a sporty character these days, but simply by being audible under every press of the throttle, even in the most placid driving mode, the GTS immediately feels more engaging than most luxury performance saloons.

Keen around town, the V8’s energy builds in the mid-range and keeps delivering more until the moment you reach the red line. Response is good too, whether you’re giving it an extra squeeze for overtaking or balancing the car mid-corner, and while it’s not as explosive as the Turbo S, the V8’s sophisticated engine note is a suitable soundtrack to the sizeable speeds.

Like Panameras past the GTS itself feels smaller than you’d expect given its sheer dimensions, and even in Sport Turismo form the view in the mirror differs little from the regular liftback. Once you’re up to speed, reassuring steering weight and precise responses let you direct the GTS with no more difficulty than a Golf GTI.

Four-wheel steering plays its usual remarkable tricks, drawing the car around some unseen pivot and warding off understeer to an impressive degree. Once or twice the system could be caught napping by particular steering inputs, as if the rear wheels took a beat to register, and this causes a small “step” in response, but the benefits far outweigh these occasional bobbles. The brakes are up to Porsche’s usual high standards, with feel, power and endurance that play their own part in masking the car’s mass.

Porsche hasn’t played too much with the cabin, and it didn’t really need to. Perhaps the greatest compliment is that it simply fades into the background once you’ve found your ideal driving position. The ride is comfortable, and at a cruise the drivetrain is near-silent, all of which allow the GTS to play its limousine card, seemingly unaffected by the extra dynamic focus.

$146,380 is strong money for a sporty limo, but nor is it unusual these days – an Audi RS7 starts at just over $131,000 (the Sport Turismo-rivalling RS6 Avant a touch less, at around $125k). The Audi seems like the natural rival to the GTS too, finally a proper driver’s car in its latest iteration, though performance-wise it’s actually closer to the Turbo S.