No, the heading of this article is not a typo, this new sports car addition to the high-end automotive marketplace is called the Naran Automotive ‘The Naran’. It’s being launched as an exclusive new super high-performance two-plus-two coupe with a super high price tag.

Unusual among most new models from new-age supercar startups that we see today, the (we’re dropping the ‘The’ from now on) Naran is powered by a front-mid mounted twin-turbocharged 5-litre V8 engine built by engineering firm Racing Dynamics that produces 1048bhp, with 764lb ft of torque. These very ambitious figures are claimed to send the Naran to 100kph in just 2.3sec, 160kph in 4.5sec and on to a top speed of over 370kph, while still producing 1377kg of downforce – higher than a GT3 racer.

Drive is sent to all-four wheels via an unidentified transmission with the capability to disconnect the front axle from the drivetrain and switch the Naran to rear-wheel drive. The chassis’ construction has also not been specified up to this point, but the suspension is confirmed to be of a double wishbone design packing some Ohlin dampers at each corner, with 22-inch wheels and carbon ceramic brakes bolted to the wheel hubs.

Ameerh Naran, Company founder and CEO, is said to be keen to strengthen the car’s connection to competition, but despite this he has specified his creation with a spacious and luxurious two-plus-two cabin. It features a bespoke flax carbon composite and, like the exterior, will be specified to each of the owners’ specific tastes.

The Naran’s design was led by Jowyn Wong, head of Wyn Design, who is also responsible for the Apollo IE and De Tomaso P72, two equally limited-build supercars that follow a similar startup template to Naran Automotive in their design, engineering and production. While the design itself looks derived from motorsport, the classic proportions and smooth bodywork look almost like a hybrid of an Infiniti Q60 Coupe and a ‘90s Aston Martin Vantage.

A total of 49 units are planned to be produced, but Naran Automotive has yet to release any official pricing or availability ahead of its expected in-person reveal early next year. 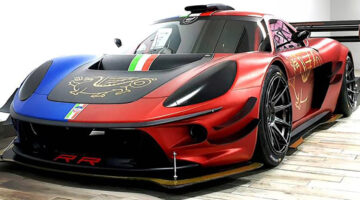 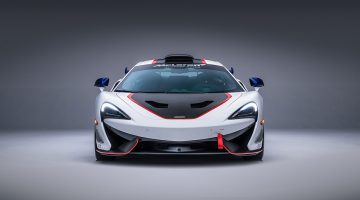