We cannot display this galleryMcLaren Newport Beach has ordered 10 570S-based cars, badged MSO X, from McLaren Special Operations. The bespoke cars are designed to imitate the 570S GT4 race car. All 10 cars in the MSO X series will be clad in race liveries inspired by McLaren F1 GTR racers and wear functional aerodynamic addenda as seen on the 570S GT4. They’re road legal, but they have also all been sold.

Leading the aerodynamic restyle is the rear-wing, which generates almost 100kg of downforce. Meanwhile, the carbonfibre roof intake – eliciting memories of the McLaren F1 GTR – enhances the induction bark as well as channelling more air to the 3.8-litre, twin-turbocharged engine. Spent gases then exit through a new MSO titanium sports exhaust while Pirelli P Zero Corsa tyres have been fitted to make the best use of the extra downforce.

Sparsely appointed, the cabin looks like that of a race car with a pronounced carbonfibre theme. The exposed carbon tub ties in with more visible carbon on the bucket seats, sills, centre console and a bulkhead that features stowage space for a race helmet. Six-point harnesses also tie-in with the motorsport theme running through the MSO X, however three-point seat belts are fitted too. 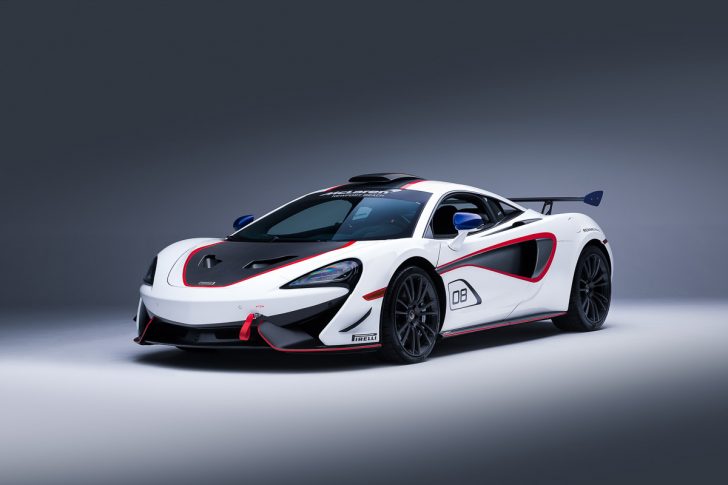 A suite of cameras and a telemetry system feature, so you can review your track sessions in detail. There are also parking sensors, a rear view camera, nose lift and a race-spec air conditioning system.

Speaking about the cars, Jolyon Nash, McLaren Automotive Executive Director, Global Sales and Marketing said, “The MSO X collection is the perfect example of the rich vein of bespoke service offered by McLaren Special Operations. Customers come to us with their thoughts and ideas and MSO works with them to set boundaries within which they can then let their imaginations run wild. What could be better than a McLaren buyer playing the role of ‘race engineer’ in briefing the MSO team and directing them to test and validate those ideas to create a race-bred road car such as this?”
This article originally appeared at evo.co.uk
Copyright © evo UK, Dennis Publishing

Previous ArticleWhat to expect from the new G-Class and AMG in the Middle East?
Next Article Mercedes-Benz A-class teased ahead of February reveal