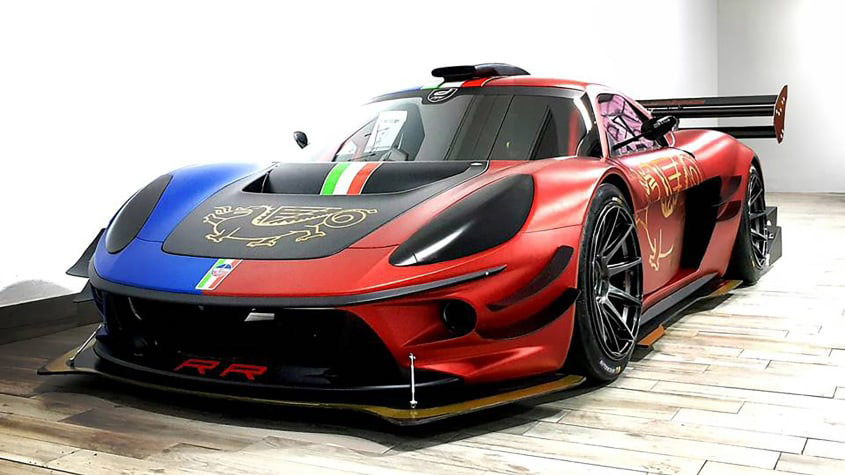 Following the road-going GT of 2018, ATS Automobili launched its all-new, track-only supercar late last year. Developed by the marque’s ‘Corsa’ division, the RR Turbo is now available for purchase, and will set you back from €132,000 (approx. $143,000), with deliveries expected to commence by the end of summer.

Unlike the McLaren MP4-12C-based GT, the model has been developed entirely in-house in order to keep costs down, and more accurately follow the brief. Though it may seem a bargain when compared to the likes of BAC’s Mono R, quality certainly hasn’t been compromised where it matters, as you’ll find plenty of high-end componentry and construction methods throughout.

Powering the RR Turbo is a Honda-derived 2-litre four-cylinder, reinforced with forged pistons, bespoke intake and exhaust manifolds and a larger Garrett turbocharger. Thanks to the use of a Hondata ECU, it produces 591bhp at 8500rpm and 390lb ft of torque, should you punt for the Corsa trim. It also boasts a flat power curve from 4000 to 7000rpm – a very desirable trait for a machine destined for the track.

Taking notes from open-wheeled racers, the RR Turbo’s engine and six-speed sequential gearbox are tied together through a monoblock bellhousing, supporting other components such as the suspension, wing mount and exhaust. This, alongside the use of a lightweight space-frame chassis (that weighs just 40kg without the roll bar), helps the model to achieve its staggeringly low 865kg weight figure – an additional 40kg can be removed should you tick every option. An FIA-homologated roll-cage is also included, opening doors to events such as GT Cup championships, all European hill climbs and much more.

The combination of an 865kg weight figure and a 591bhp peak power output gives the RR Turbo a power-to-weight ratio of 683bhp per ton, 71bhp per ton more than the 612 of the BAC’s Mono R. Zero to 100kph is said to come in under three seconds, with top speed at 290kph.

Various packages can be optioned to fine-tune your car to best suit your use. The ‘trackday equipment package’, for example, adds track telemetry, an intercom system, a passenger seat, and best of all, a racing catalytic converter that ‘releases long flames’. Upon request, you can also choose to have options such as a bare carbonfibre exterior finish, a ‘race headlight kit’, lightweight 18-inch wheels and custom paint schemes.

Order books for the RR Turbo are open now, and first cars are expected to hit tarmac by the end of summer. Pricing begins at €132,000 (approx. $143,000) for the standard Clubsport. However, €164,900 (approx. $180,000) will afford you the Serie Carbonio, a model that comes with almost every option ticked as standard. Rather helpfully, ATS has quoted an approximate running cost per kilometre of €2.95 (approx. $3.2) for the 591bhp Corsa, excluding consumables and repairs.