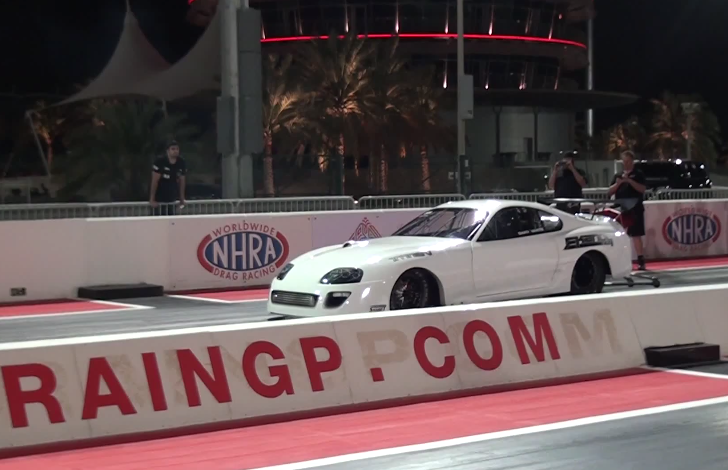 Ebrahim Kanoo has slowly been whittling down those precious hundredths of a second on the Outlaw Supra and has subtracted yet another one from its quarter mile run. The new Import World Record now stands at 6.147 seconds @374.82kph with driver Gary White on duty.

As impressive as this is, we wouldn’t bet against another hundredth or two being dropped by the end of the year when the cooler months arrive.