A desirable balance of performance and control, beautifully built and charismatic. One of BMW’s best 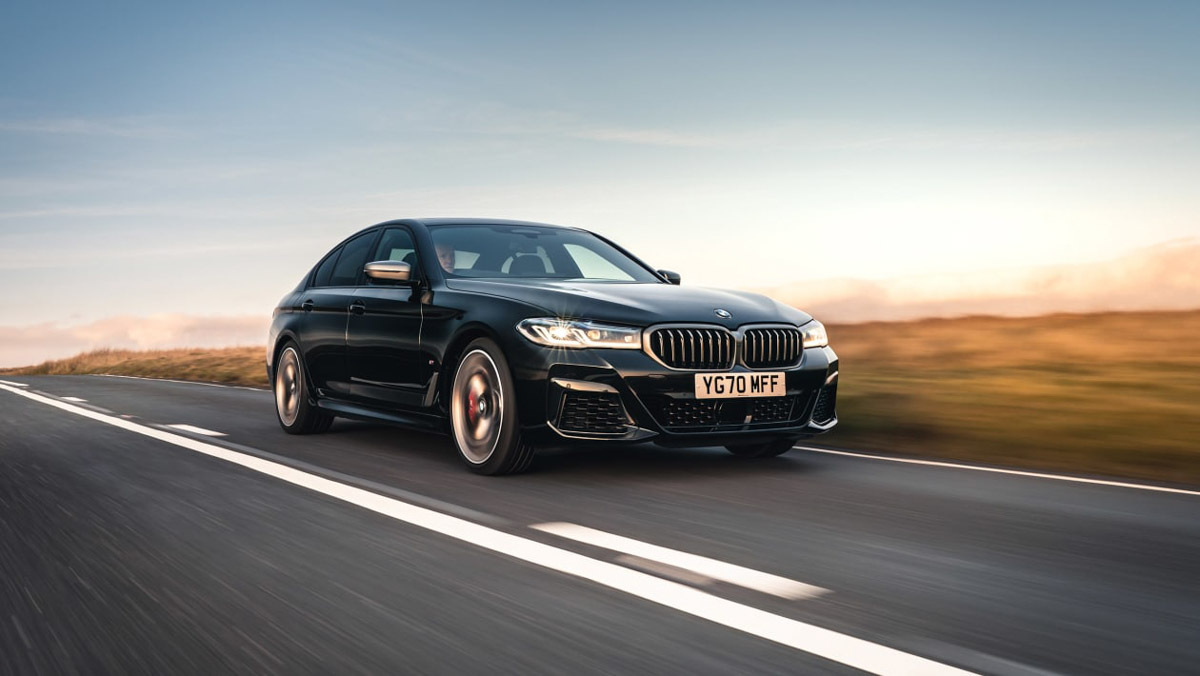 After multiple generations of denying the region its M Performance 5-series derivative, BMW has finally relented and brought the M550i over to rival other mid-level performance saloons from its mostly German compatriots.

It might sound like big money for a sub-M5 model at $94,701, but thanks to the six-figure price tag of the latest M5 Competition model, not to mention its astonishingly high level of performance, there is plenty of headroom for a buyer who wants more bite to their 5-series without reaching the Competition’s extremes.

The new M550i has arrived along with a wider 5-series range update, bringing with it a new face, some subtle tech upgrades and new colour and trim options. The update didn’t go so far as to dramatically change its underlying design and interior architecture, but as one of BMW’s less challenging models to draw from, this is no bad thing.

In fact, as the only ‘warm’ performance saloon in its class left with a V8 engine, it might actually turn out to be a bit of a premium performance bargain – in relative terms of course – but one that will be dependent on character as much as capability.

While the M550i is new for the region, it’s been offered in overseas markets since the G30-generation arrived in 2017. This is the first time it’s received quite such a potent powertrain though, borrowing the latest 523bhp version of the N63 V8 twin-turbo engine from the M850i in place of the previous 456bhp unit.

We’ve gone through the engine’s hardware before, but in short the package is chock full of clever tech, including two twin-scroll turbos and both variable valve and camshaft timing, direct and indirect fuel injection, plus the latest generation ignition system. The resulting 523bhp is produced between 5500-6000rpm, but it’s the 553lb ft of torque from as low down as 1800rpm that really gives this engine its muscle.

Power is sent to four wheels via BMW’s xDrive system, and while there’s a sport mode for the already rear-biased torque split, the front driveshafts aren’t able to be called off entirely as in the M5. The transmission itself is the usual eight-speed auto from ZF, and there’s an M Sport torque-vectoring limited slip differential on the rear axle to help portion all that grunt under load. For an ostensibly ‘warm’ 5 Series the 0-100kph time is a faintly ridiculous 3.8sec.

While the M550i’s powertrain is well endowed, the chassis is relatively straightforward. The front suspension, like all 5-series’, is a double-wishbone design while the rear is a multi-link setup. There are adaptive dampers fitted as standard, but no sign of any air-suspension or clever interconnected dampers. There’s also no active-anti-roll mitigation systems, no rear-wheel steering system or even mild-hybrid interference in the powertrain or chassis.

From a features standpoint though there’s plenty of toys to keep even the most technologically savvy buyer interested, with a new infotainment screen running BMW’s latest software package and all the latest safety and driver assistance tech. Expand onto the options list and an excellent Bowers and Wilkins stereo, 3D parking cameras and a large head up display unit are available. The display itself is so large that it’s able to project not just speed, but a huge map view onto the windscreen that rather than helps just hinders visibility, especially when the map is always visible on BMW’s new-gen (but no better) digital dial pack.

If you jump straight into the M550i from an M5, you’ll discover that on start up and at low revs the M550i’s N63 V8 engine is actually the more charismatic of the two. Whether it has something to do with the M5’s more complex induction and turbocharger layout we don’t know, but the M550i feels the more authentically V8, which is a nice surprise.

Typical of a modern BMW, the steering’s lack of initial feedback is a turn off, but the rack’s reduced speed and the less aggressive damping (in comparison to the M5) allows you to more quickly acclimatise, feeling no less comfortable than a regular 5-series.

That is until you nail the throttle, whereupon the engine hits hard, feeling every bit of its 523bhp at any rpm and in any gear. As speeds rise the deep resonant burble exhaust does fade to the kind of flat, computerised noise that BMW seems to integrate into most its sports models, but the performance on offer is undeniable, and extremely effective. The transmission is also silky smooth and the shift points well-calibrated, which is a contrast to some rival ‘boxes.

Lean into corners and the M550i’s weight makes itself felt in tighter corners, but the ride’s superbly damped even in sports mode, and the suspension has no trouble absorbing surface intrusions without feeling brittle or knocking the car off-line. Put the dampers into their firmest setting, slip the stability control into its M Sport mode and while the 550i isn’t playful in the traditional, oversteer-on-demand sense, it will adjust its line coming out of a corner without the need to necessarily apply any opposite lock. It’s an intuitive and satisfying car on a challenging road, so long as you keep to its comfort zone. Grab it by the scruff and its ultimate lack of lateral body control shows through, reminding you this is a big car both in mass and physical size. It’s at this point the M550i’s limitations show, which is typically where an M5 starts to really come alive. The brakes have plenty of stopping power on the road, but are a little soft on the initial pedal input.

So is it a cut-priced M5 Competition? No, not quite, but that would be to ignore this M550i’s mandate. Beyond eight-tenths the M5’s aggressive, capable and somewhat wild nature shows where the development of these two cars diverge, but for 80 percent of the time the M550i’s more pliant ride, satisfying powertrain and sub-zero cool factor still make it a deeply attractive alternative.

At $94,701, the M550i sits at a curious pricepoint that manages to make what is still a high figure seem like good value. All of the dynamic components are included as standard, plus  high-quality leather finishes, top-end tech, superbly comfortable seats and a beautifully constructed interior. Want to get fancy with big stereos, laser-assisted headlights or massaging pews you’ll need to pay extra, but even fully loaded with all the toys it’ll only just crack $105k, a hefty $26k less than a basic M5 Competition.

Rivals are a curious case though, with Audi essentially selling two different S6 models under the one moniker. That’s because while Audi’s S6 might start at $83,366 it’s pretty stark in terms of standard kit and chassis tech, meaning that you’ll need to spend a whopping $108,030 for the Vorsprung model for the full air-sprung, all-wheel steered experience. It doesn’t matter how much fancy hardware is thrown at the new S6 though, because both have a key issue that for many will be a real deal-breaker. Remember when the S6 housed a naturally-aspirated V10 engine in its sleek unassuming body? Well things have changed, and mild-hybrid system or not, the current S6’s 3-litre V6 turbo diesel powertrain is deeply underwhelming, and in the company of the 523bhp M550i seems more than meek with its 344bhp.

AMG’s E53 at least sticks to a petrol powertrain, but it’s also a six-cylinder mild-hybrid unit that while impressive in isolation, still lacks the V8’s ultimate performance. At $83,742 it’s value proposition is stronger to compensate, and unlike the Audi pretty much everything is thrown in spec-wise, save for a single option package with a glass roof and more fancy (ie. distracting) interior lighting. It’s just not as satisfying over a challenging road though, and remains a bit flat compared to the M550i’s brutal powertrain. 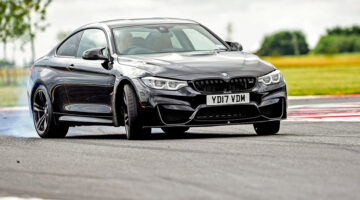 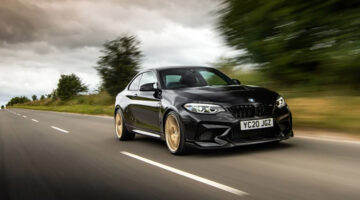 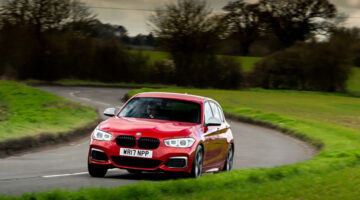