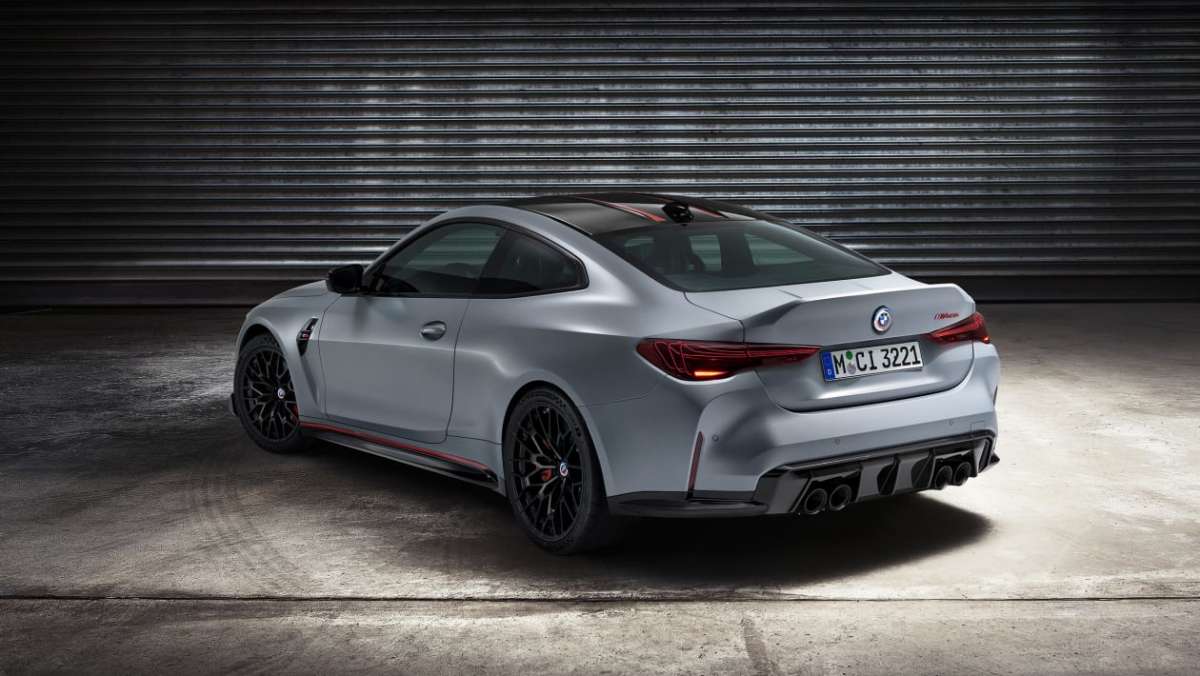 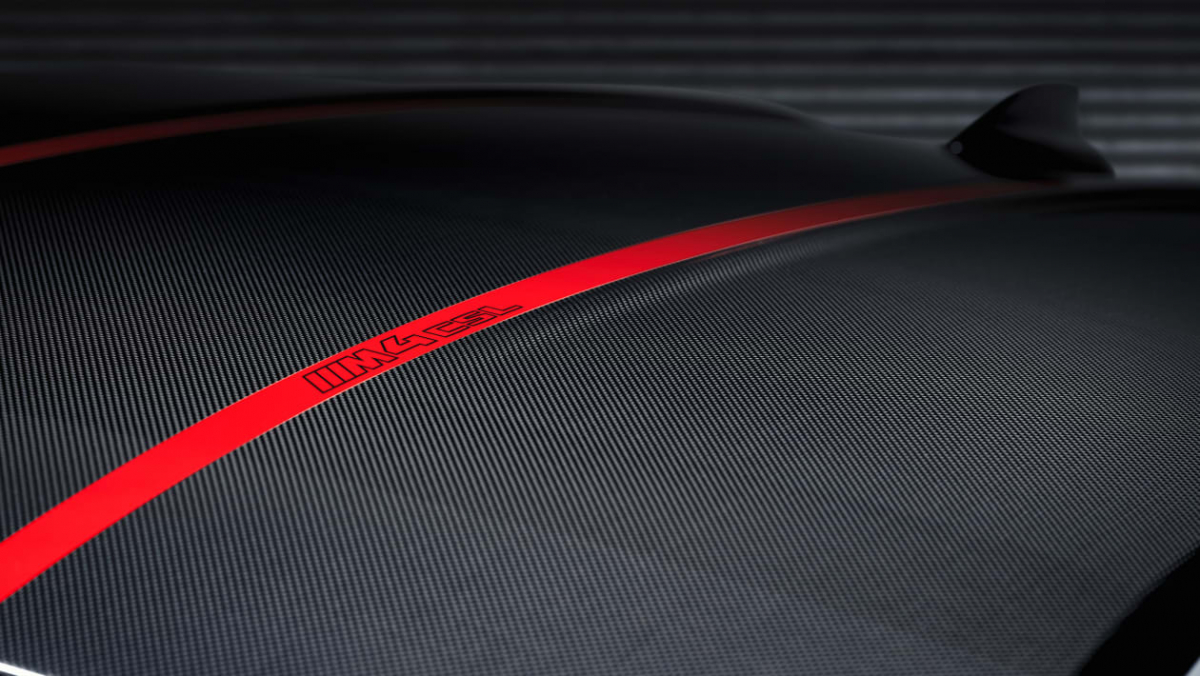 You’re looking at the fastest BMW yet. On a number of parameters, too. Which is something of a relief, because the M4 CSL has a lot to live up to. The Competition, Sport, Lightweight lineage makes sporadic, infrequent appearances, perhaps putting all the more pressure on the spec sheet of each car deemed worthy of the badge.

Luckily, the M4 CSL’s doesn’t disappoint, and its headline figure is an almost suspiciously neat 100 kilos. That’s how much weight has been scalloped out of the M4 Competition that provides its base. Given how much stockier the G82 generation of M’s core product is compared to its predecessors, you might fairly assume it was the focal point of the CSL’s development team. Especially if the ‘L’ isn’t to sit too uncomfortably on its newly carbon boot lid.

Can a 1625kg coupe truly be deemed ‘Lightweight’? When you learn the thorough ways in which BMW has shed 100kg from standard, you might just be strongarmed into thinking so. The rear seats have gone – accounting for a fifth of the weight loss – while the incredible new carbon buckets up front save another 12kg apiece. If you’re worried your own construction isn’t quite ‘Competition, Sport, Lightweight’ enough to fit comfortably, you can option the M4’s regular buckets back in, complete with their heating elements, electric controls and lumbar adjustment, three things the CSL’s bespoke items do happily without.

Everywhere you look, the interior exudes focus. The centre console is now made of carbonfibre-reinforced plastic, the steering wheel rim is wrapped entirely in Alcantara and some of the regular car’s tech has been thinned down, climate control and active safety functions not making the cut.

Carbon-ceramic brakes are standard, cutting another 14.3kg despite their behemoth size (400mm discs up front, 380 at the rear) while CFRP makes plentiful appearances across the bodywork, with the bonnet, boot lid, rear diffuser and side sills made of the stuff in addition to the roof, as per all M4s. Those stripes running through this car’s Frozen Brooklyn Grey paintwork (black and white are also optional) are unpainted carbon, complemented by gaudy red piping to ensure you don’t miss them.

Though chances are you’re more transfixed on its yellow ‘Laserlights’, designed to ape the M4 GT3 racecar – from which a fair bit of the CSL’s knowhow has been inherited – and nearly matched for drama by the intricate threaded pattern of the taillights.

Lightweighting out the way, you’ll be gagging for some stats. ‘Fastest BMW ever’ means 0-100kph in 3.7sec, 0-200kph in 10.7sec and a top speed of 305kph (still electronically limited, apparently). It’s clocked a Nürburgring lap time of 7:15.677 on the traditional 20-kilometer Nordschleife layout or 7:20.207 if you’re a stickler for the officially ‘Ring-recognised 20.829 kilometers. Either way, this is comfortably the quickest BMW around the Green Hell; it’s nibbling at the heels of the 991.2 GT3 while lapping over half a minute quicker than its E46 forebear.

And it’s not just got there via a gruelling diet. The powertrain has had a thorough going over, too, with an uprated eight-speed automatic transmission – snappier shifts than a DCT, we’re promised – and its 3.0-litre twin-turbo six tweaked for more power, though not dramatically so. Higher boost pressure ups peak output by 39bhp, now 542bhp at the same 6250rpm, while torque hasn’t altered, still 479lb ft from as little as 2750rpm (and sustained to a mite under 6000rpm). It remains rear-wheel drive, benefiting both purity and the overall weight figure.

While the engine doesn’t appear to have enjoyed a transformation, its cooling systems have improved, assisted by larger openings in the apron and remote coolers within the front wheel arches. Further back, a titanium exhaust silencer primarily saves a few more kilos (4.3, to be precise) but also brings –in BMW’s words – ‘an intense racing aura’ to proceedings.

Then there are the chassis tweaks. The more aggressively cambered wheels are bespoke forged alloys, staggered 19-inch front/20-inch rear and wrapped as standard in Michelin Pilot Sport Cup 2 R tyres. They’re familiar from Motorsport 911s as well as the Ferrari 296 GTB’s track pack, though BMW has worked with Michelin on tuning them and they are no doubt a major contributor to those scintillating Nordschleife claims. If you want to hack about in your CSL all year long, you can also have the M4’s stock – and still brilliant – Pilot Sport 4Ss as an option.

The M4’s adaptive damping remains standard-fit, but the suspension has been dropped 8mm for the CSL. In addition to the front camber adjustment, additional ball joints on the rear axle take the place of rubber mountings for more precise control while the more extreme half of the M4’s famed ten-stage traction control has renewed focus. This appears to be a car with little slack built into its reactions, and it desires little slack from yours, too.

Quite a package overall, then, and a very exciting cherry atop M’s big 50th birthday cake. And with a price to match; $160,794 to secure one of the 1000 cars of the M4 CSL’s short production run. It’s a stocky amount of money, being a touch more than the significantly rarer – and V8-powered – E92 M3 GTS cost over a decade ago. In fact the CSL’s production run outstrips both M3 and M4 GTSs combined, though it falls about a third short of the E46 CSL’s run.

But if you miss the boat, or simply can’t afford one, then another badge may just be due a recommission. “The CSL is the first offer of a special model on the new M4,” says Dirk Häcker, head of M development. “Perhaps it’s not the last one.”

The twinkle in his eye is clear. Rumour abounds that a CS version will follow, so perhaps some of the CSL’s styling flourishes will live on in a less-extreme, four-seat special. Albeit one that isn’t the fastest car ever to come out of Munich.