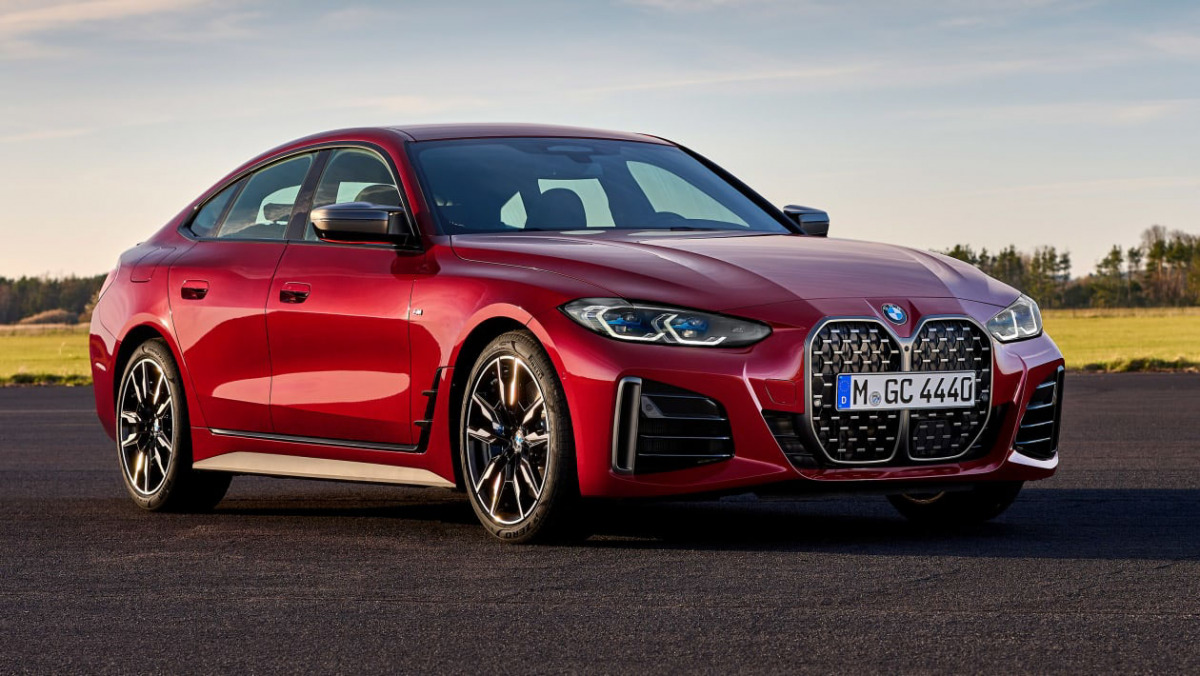 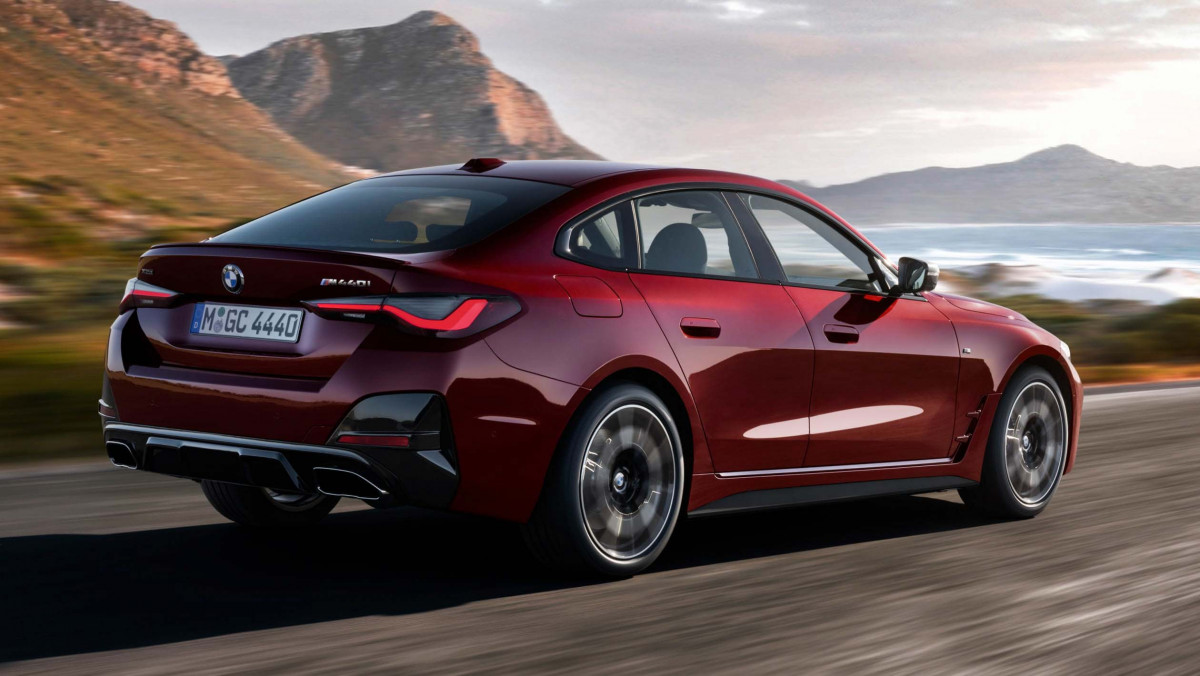 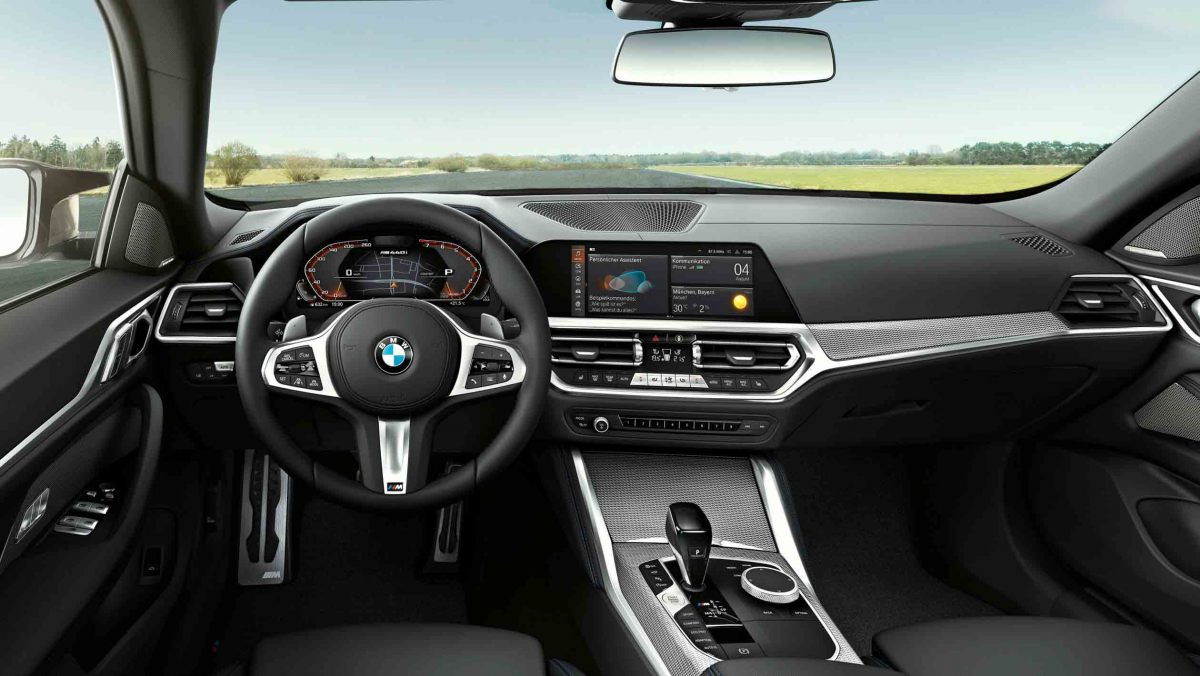 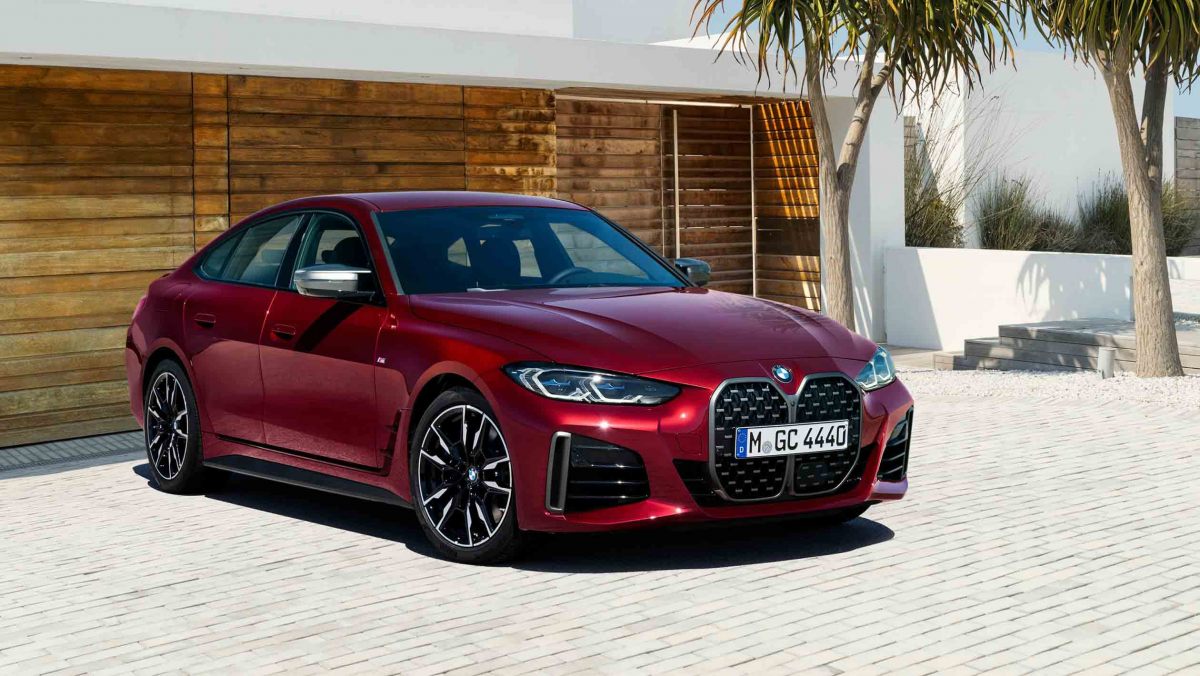 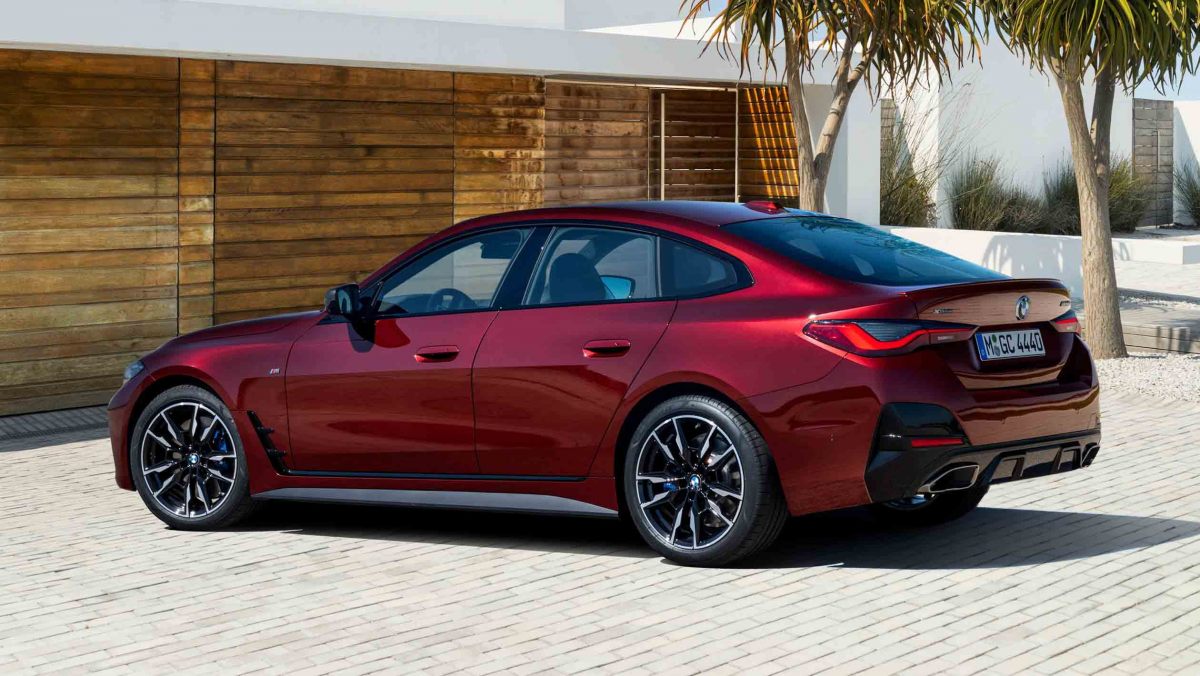 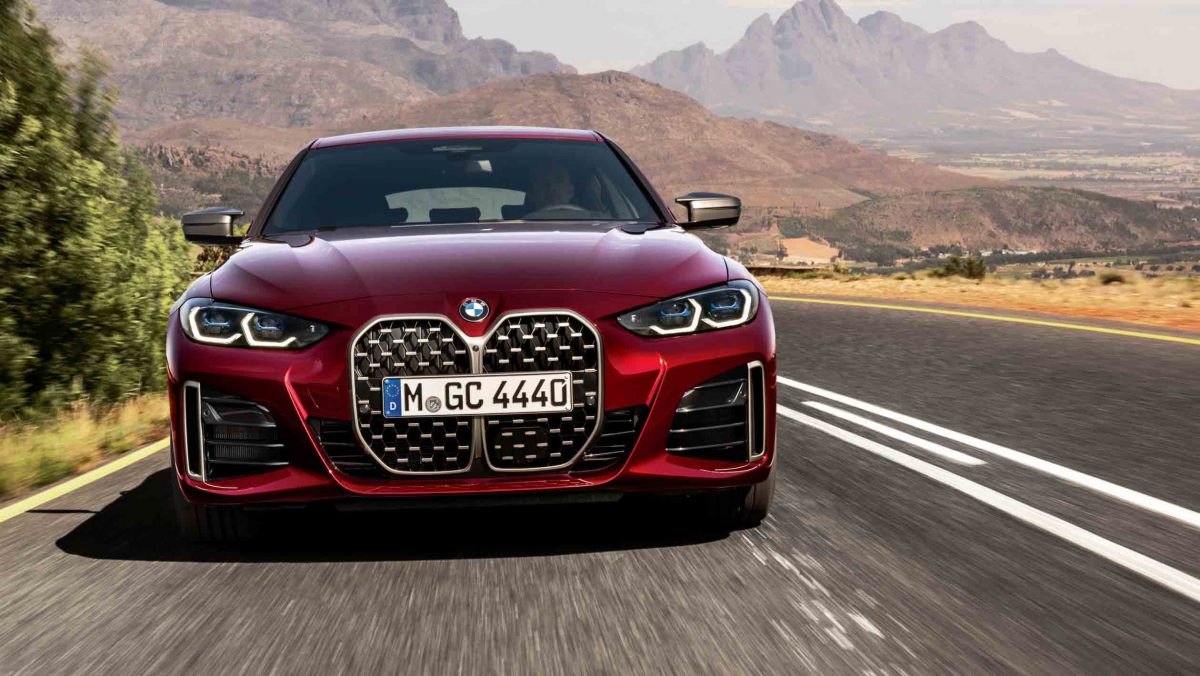 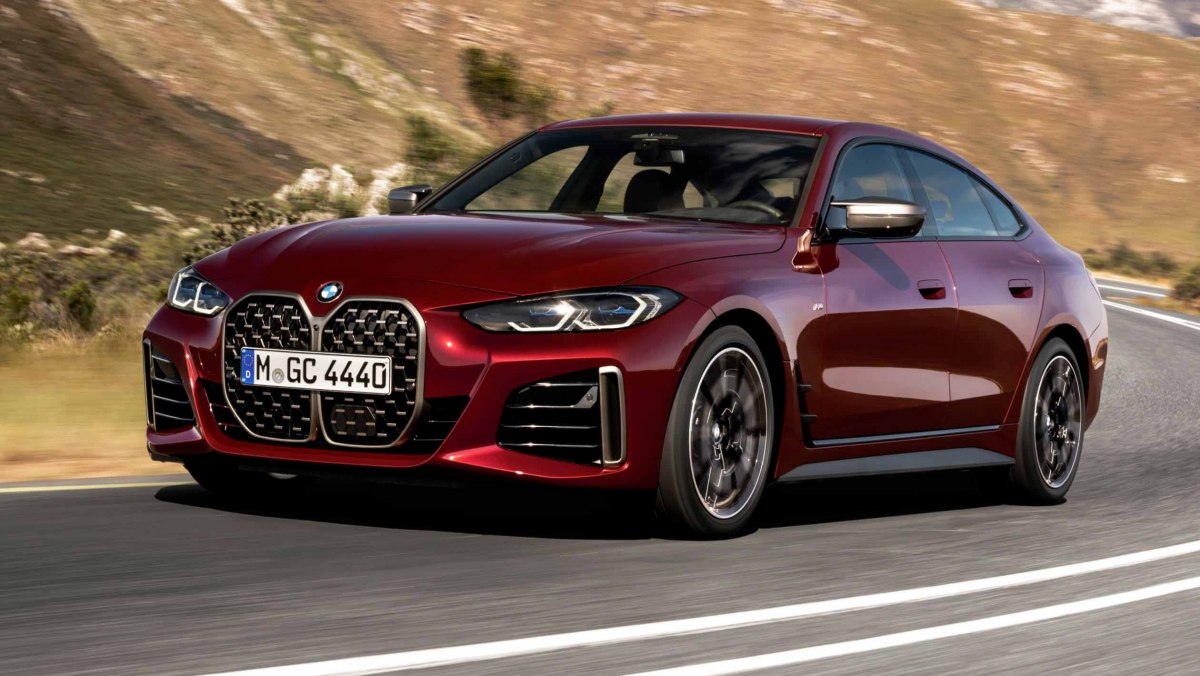 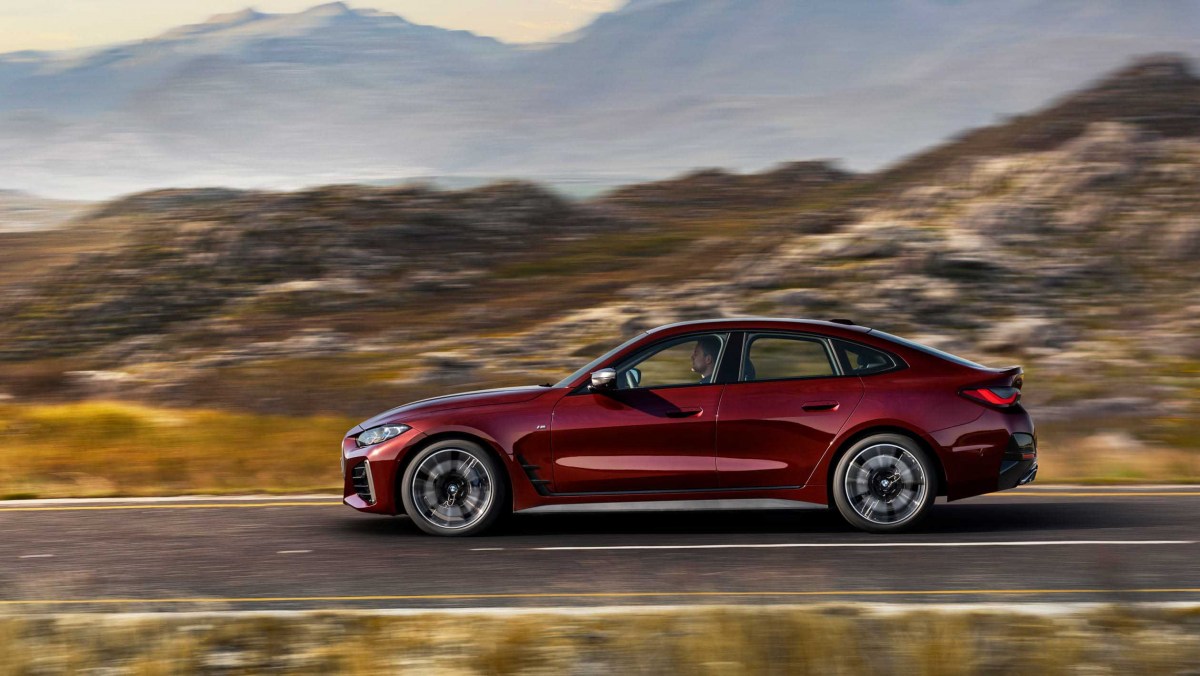 The new BMW 4-series Gran Coupe has finally been revealed, joining the two-door Coupe, Convertible and all-electric i4 in the now complete 4-series range. As its name suggests, the Gran Coupe body adds a second set of doors and full-sized hatchback to the standard two-door, sharing all its external bodywork (other than the front and rear bumpers) with the new i4, and significantly growing in size along the way. Prices start from $57,086, rising to $77,125 for the M440i xDrive.

This shared bodywork with the all-electric derivative is evident in elements not seen on the other 4-series models, including a taller side sill and shallower doors that facilitate a taller floor required by the i4. There’s also new door handles, but also a slight change to the Gran Coupe’s surfacing, which is slightly boxier and less assertive than that of the more flowing Coupe. This is exemplified by the larger overall dimensions, with the Gran Coupe a whopping 59mm taller, and yet no wider.

The front and rear bumpers share similar traits to the Coupe’s (including that controversial grille), but again have a blockier and heavier look. Still, while it shares its external bodywork with the i4, what’s under the skin is more familiar to the 4-series, with a standard dash rather than the new layout found in the i4 and which incorporates a freestanding curved glass digital interface and slimmer air vents.

Powertrains are also derived from the Coupe, with two 2-litre, four-cylinder petrols in 420i (181bhp) and 430i (242bhp) forms, plus a single 420d diesel (190bhp) and the range-topping M440i with 369bhp. The 420d and M440i are also available with xDrive all-wheel drive (an option on the former), and both are mild-hybrid with an integrated starter motor and generator and can independently add an extra 11bhp to the powertrain during small bursts of full acceleration.

All 4-series Gran Coupe models also include a standard eight-speed ZF transmission, operable via paddles behind the steering wheel. At its most potent the M440i will reach 100kph in 4.7sec, peaking at 250kph, with the 430i and 420i doing the same sprint in 6.2sec and 7.9sec. Diesel models are actually quicker than the lesser petrol, sprinting to 100kph in 7.3sec.

The flagship M440i includes adaptive dampers as standard (they’re optional on other models) and augment the standard two-link strut front and five-link rear suspension designs with coil springs at each corner. As well as three predetermined settings available from within BMW’s driver modes, there’s also a fourth adaptive setting that adjusts itself to your driving style and the conditions. M440i models also include an electronically controlled locking ‘M Sport’ differential.

Once again, the Gran Coupe will go without an M4 range-topper, but with 523bhp and a matching 3.9sec 0-100kph time, it’s actually the new i4 M50 that it appears will be the fastest 4-series of them all. While we’re skeptical that it’ll match an M4 in the entertainment stakes, it’s certainly an interesting play by BMW to build an electric derivative with such competitive numbers. We’ll have to see how that plays out when we get the two of them together.