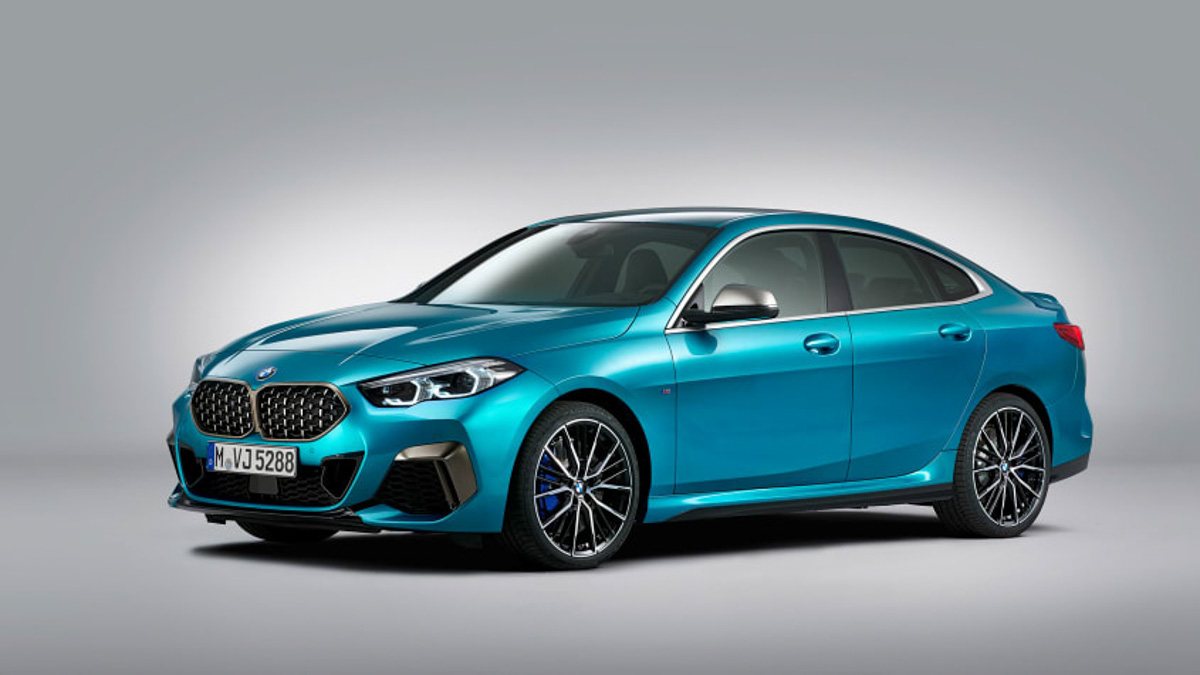 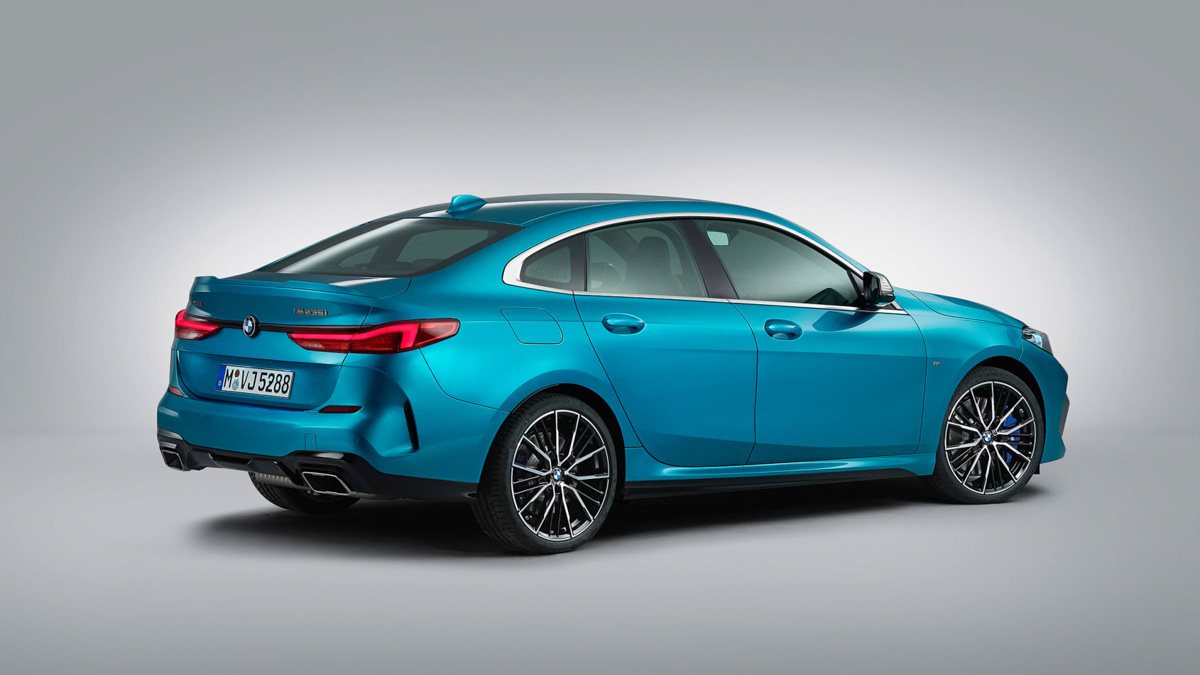 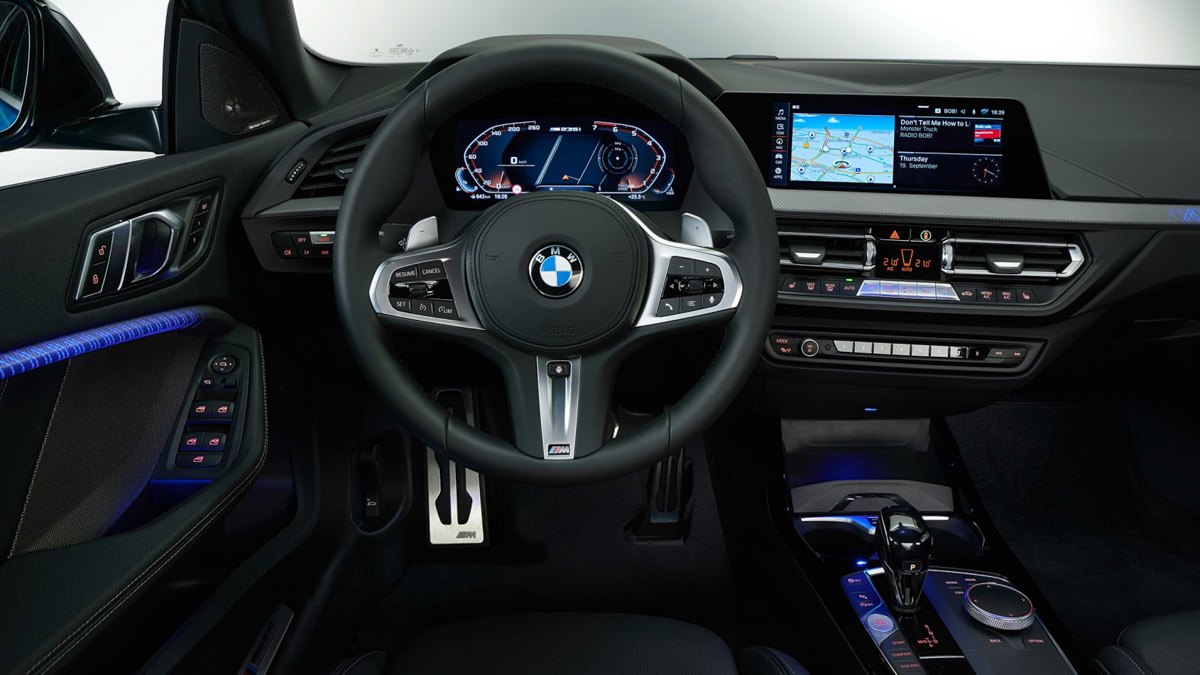 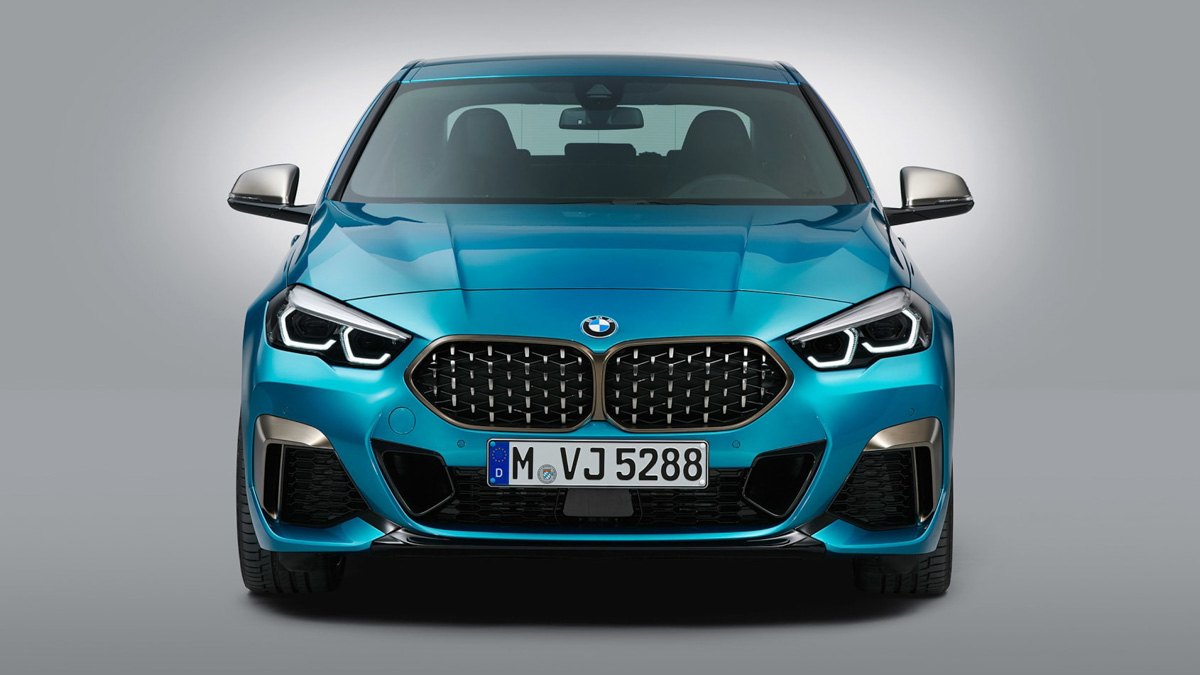 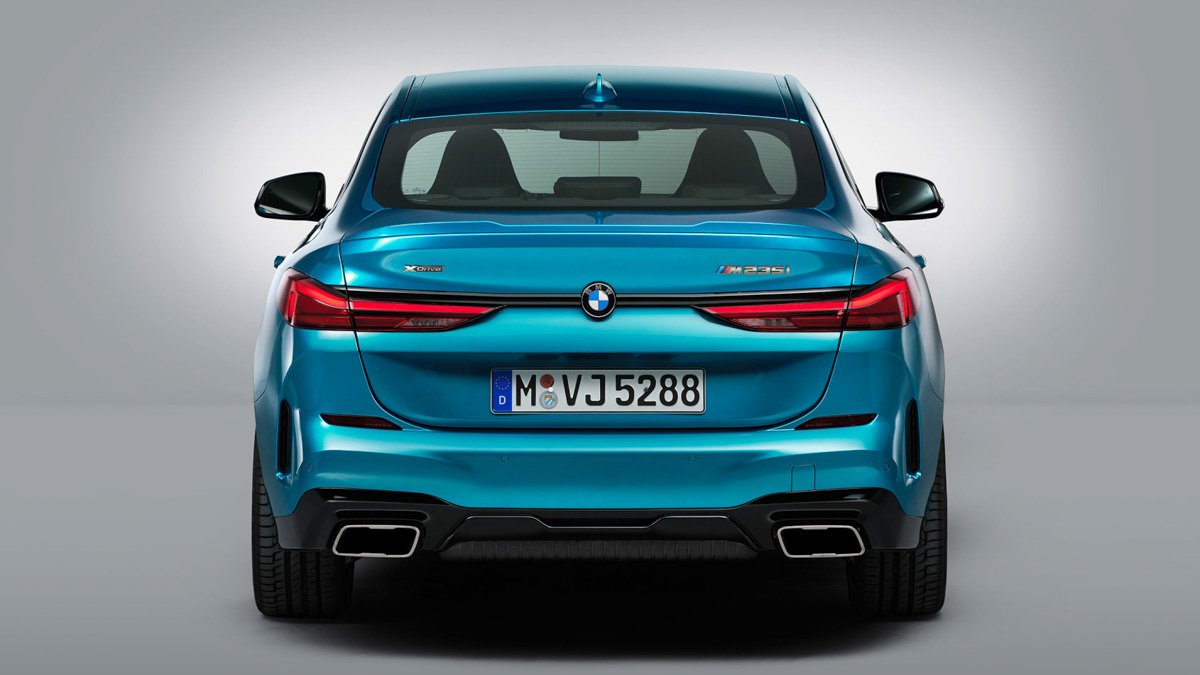 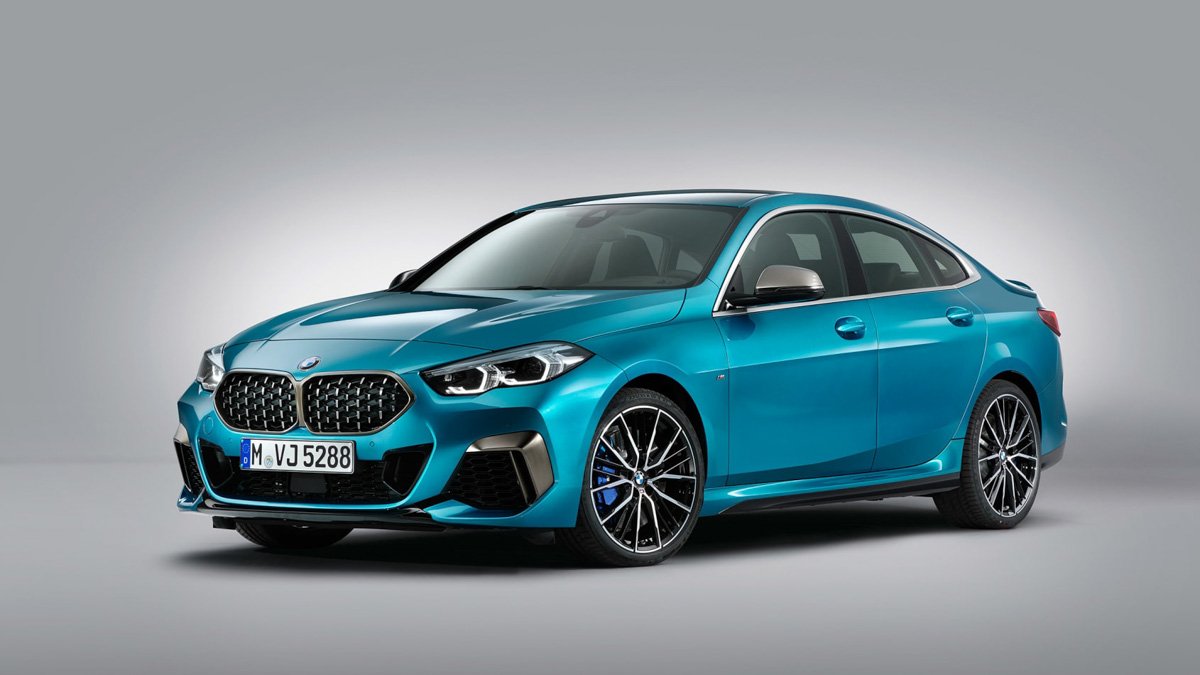 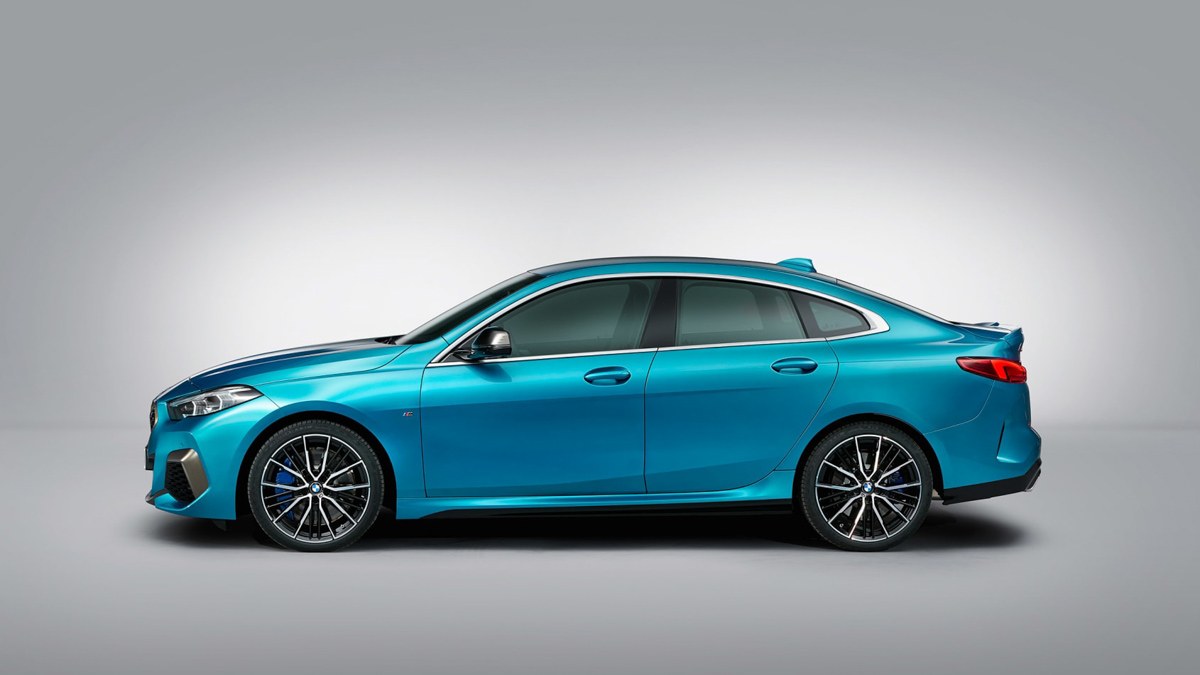 BMW has revealed a new model it’s calling the 2-series Gran Coupe. Like the new 1-series, the Gran Coupe utilises a front-wheel-drive chassis, which is also loosely based on that of the 2-series Active and Grand Tourers. Confused? You’re not alone, but all you really need to know is that this front- or all-wheel-drive hatchback is in actuality a Mercedes CLA rival.

So what is the Gran Coupe? Essentially it’s a slightly elongated new BMW 1-series, something you can tell almost immediately thanks to its similar front-end proportions and styling. Mercifully, the 2-series has toned down the 1-series’ somewhat challenging styling, employing smaller grilles with downturned edges and slimmer headlights. It’s still not what you might call classically pretty, but it’s less offensive, so that’s a start.

From the headlights back, the 2-series differs more dramatically, with a fast rake to the rear screen and slim LED lights that sit under a defined ducktail-like bootlid. Intended to be a smaller sibling to the 4-series and 8-series Gran Coupes, the tall body-sides and shallow windows instead give it a hint of 6-series GT, but we’ll gloss over that similarity for fear of increasing confusion levels.

Powering the new 2-series Gran Coupe will be a selection of three- and four-cylinder petrol and diesel engines connected to seven-speed dual-clutch or eight-speed torque-converter automatic transmissions. A six-speed manual is also available on lower-spec models, while xDrive all-wheel drive is optional on higher trims. Initially, the range will be limited to a 218i, featuring a 138bhp 1.5-litre turbocharged three-cylinder, and a 220d xDrive with 187bhp.

A flagship M235i has also been revealed alongside the lesser models, with it receiving the B48 turbocharged four-cylinder petrol engine with 302bhp, the eight-speed auto and standard all-wheel drive. Alongside its upgraded powertrain, the M235i will also pick up some bespoke styling elements on the bumpers and wheels, while incorporating BMW’s questionable use of satin grey on elements such as the grille, lower trim and mirror caps. If you were hoping this 2-series might gain a fifth and six cylinder, though, you might be disappointed, as the transverse engine layout means there is just not enough space under the bonnet.

Sit Inside the 2-series Gran Coupe you’ll be greeted with familiar elements from throughout the BMW range, which is no bad thing. The basic dash layout and architecture have been lifted directly from the 1-series, alongside its crisp and user-friendly infotainment system, high quality materials and general premium-ness. It’s not quite as dramatic or glamorous as a Mercedes CLA, perhaps, but it does beat the Merc when it comes to material quality and ergonomics.

It’s a world away from the rear-wheel-drive platform that underpins the current BMW M2 Competition – itself a current our favourite and a car we’re not ready to say goodbye to. What does this mean for a new M2? Rumours of a new two-door coupe to directly replace the outgoing model have swirled, but for now any notion of a wide-hipped, tail-happy M model to sit underneath the incoming M3 remains vague at best.