Extrovert, extravagant and extraordinary to drive, this might just be the world’s ultimate estate car 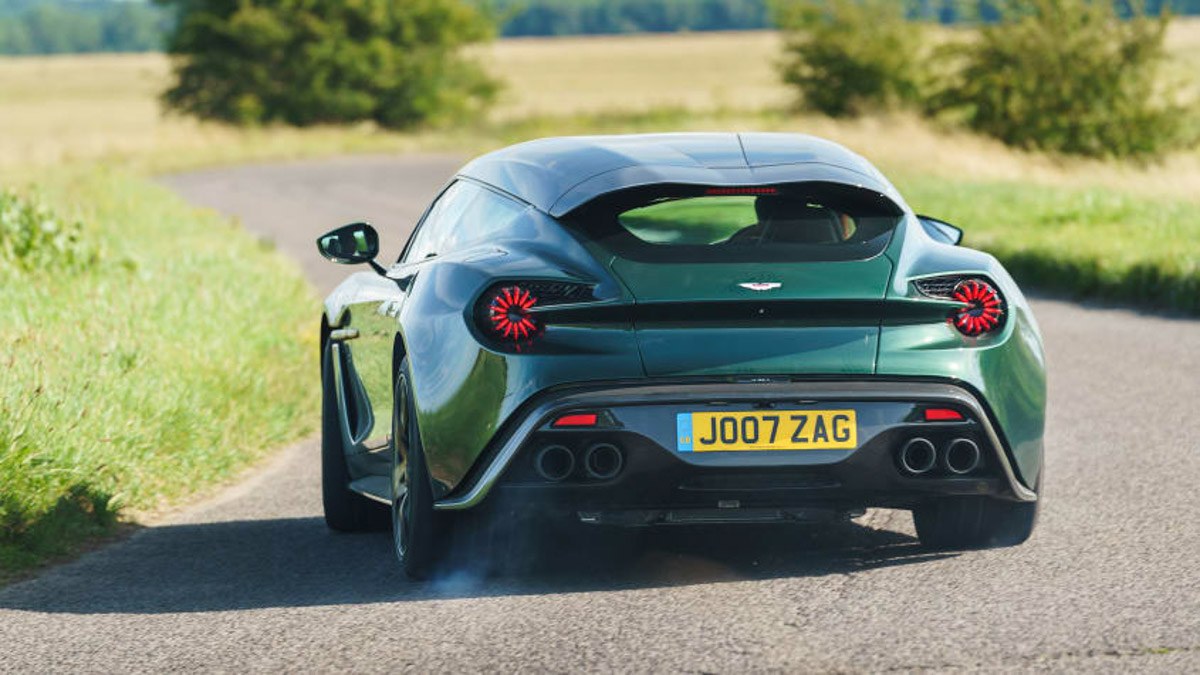 The long collaboration between Aston Martin and Zagato has led to some of the most exciting cars ever made. However, few if any are as intriguing or appealing as the Vanquish Zagato Shooting Brake. The final instalment of a four-part collection of Vanquish-based Zagato models, the Shooting Brake is a high-performance estate car with an exotic and extraordinary twist. We drive one of just 99 examples to find out if it’s a quirky irrelevance or irresistible oddity.

Based on the now discontinued Mk2 Vanquish, the Zagato Shooting Brake has Aston’s old 5.9-litre naturally aspirated V12 in the nose. Mated to an eight-speed ZF paddleshift Touchtronic III automatic transmission, this near-600bhp machine – 592bhp with 465lb ft of torque, to be precise – will just top 322kph and dash to 100kph in around 3.5sec.

Though it’s a Vanquish by name, the Shooting Brake is actually built upon a special hybrid structure that relies heavily the versatility of the now defunct ‘VH’ architecture that underpinned every model built at Gaydon prior to the introduction of the turbocharged Vantage, DB11 and DBS Superleggera.

Using the Rapide rear-end structure provides a welcome extension in wheelbase and exploits the Rapide’s low-slung fuel tank position (the regular Vanquish mounts the tank over the rear-axle) to create the all-important flat load area. It’s an inspired piece of improvisation and testament to Aston Martin’s experience in making very small runs of very special cars.

The Zagato’s body is made from carbonfibre, which both saves some weight and makes the Shooting Brake’s small production run viable. The whole car looks sensational, but one design highlight is the central tapering glass roof panel that runs the length of the car. Glazed in special photochromic glass it can darken its tint at the press of a button, reducing glare and adding definition to the sky above like viewing the world through a pair of sunglasses.

The Vanquish S always countered its faster and more aggressive rivals with a satisfying ability to play the big-hearted GT and fulfil the role of a convincing balls-out sports car, but there’s no question that time has marched on. Witness the arms race which now sees the twin-turbocharged DBS Superleggera boasting 715bhp.

It’s torque you miss in the Shooting Brake, yet far from being cause to mark the Vanquish down, it’s enjoyable to have to work its naturally aspirated motor that little bit harder. It still has that epic, big-capacity shove that only a V12 can muster, but the fact it needs some revs to give its best means you get to enjoy the soundtrack and the building acceleration as it gets on top of a gear.

With so much rubber on the road there’s ample grip and traction to work with, but not so much that it dulls the satisfying blend of measured agility and inspiring poise. The Shooting Brake especially loves long corners and sweeping undulations, flowing from curve to curve with a steady right foot and a subtle squeeze of the steering wheel. You might expect to feel the Shooting Brake’s extra wheelbase in the way it steers or tackles corners, but it’s more apparent in the satisfying stability and a steady resolve to the way it rides. The steering has a directness that elicits keen direction changes, but its rate of response is calm enough that it feels natural. After a few kilometres you’re nicely dialled-in.

Up the ante via the Vanquish’s switchable dynamic modes and you discover a different side to the Shooting Brake. You feel it in pretty much every aspect of the car – steering, throttle and chassis all suitably adrenalised – but it’s the exhaust note that enjoys the biggest change, switching from a purposeful snarl to a feral howl. Oddly theShooting Brake’s open load area appears to act like the resonating chamber of a hi-fi speaker. When Sport mode is engaged it fills the cockpit with an intensified soundtrack, which is quite something when you’re working to the red line in intermediate gears. It’s an unintentional effect, and one that’s less intrusive when not in the more aggressive modes. Nevertheless I’m told Aston is working on a fix.

As for the on-limit handling, the car revels in being slung through a series of S-bends. You need to disable the traction control to enjoy it to the full, but such is the throttle response and nicely matched ratio of grip to grunt that the Shooting Brake is happy to be hustled. Better still, when the tail-end does break traction it’s not spiky and comes back into line sweetly. It might look like a concept car, but dynamically it’s the real deal.

If you don’t occupy the rarefied level of your average Shooting Brake owner it’s hard to get your head around the $840,000 (plus taxes) asking price. Yet it’s equally hard to begrudge those who ploughed their money into one of these extraordinary machines, for it is without question one of the most exciting and desirable new cars in recent memory.

Rivals? Well, a Ferrari GTC4 Lusso is a similar genre, but it’s a series production model that doesn’t have the same degree of rarity or mystique. Cool, covetable and collectable, the Zagato Shooting Brake’s greatest success is that it’s as special to driveas it is to look at.