crankandpiston.com heads to the Nürburgring for the season closing Blancpain Endurance Series 1000km race to see what life as a photographer at the event is all about.

Motorsports photography is often thought of as glamorous: spending your time following international race series from continent-to-continent, mixing it with the stars whilst surrounded by the ultimate speed machines. Unfortunately as I’ve discovered, this is far from the truth. More often than not, time is spent either waiting for a delayed budget airline or asleep on the floor in a media centre. Even arriving at the circuit in a Chevrolet Volt hire car is a bittersweet experience, since it’s usually to chronicle a series that nobody – bar the teams and the spectators already there – has ever heard of.

Fortunately this routine took a turn for the better courtesy of an invite from Bentley to attend the recent 1000km Nürburgring, the season finale of the 2014 Blancpain Endurance Series season. For M-Sport Bentley, this (roughly) six-hour race marks the end of what has been a very encouraging official return to motorsport with the Continental GT3, and spirits were appropriately high.

Following a flight (in uncharacteristic comfort) the evening before, my race weekend began with a 7.30am alarm call, something of a lie-in for race day. This of course being the Nürburgring rain was inevitable, but Sunday morning still brought some of the worst rain I’ve ever encountered. With memories of last year’s 24-hour race at the same venue still fresh in my mind (including acquired firsthand knowledge that trainers are not suitable footwear for such conditions), I was fairly smug to have brought almost every piece of waterproofing kit I own to Germany. It was a smugness that lasted throughout breakfast and the shuttle journey to Bentley’s hospitality area at the circuit. 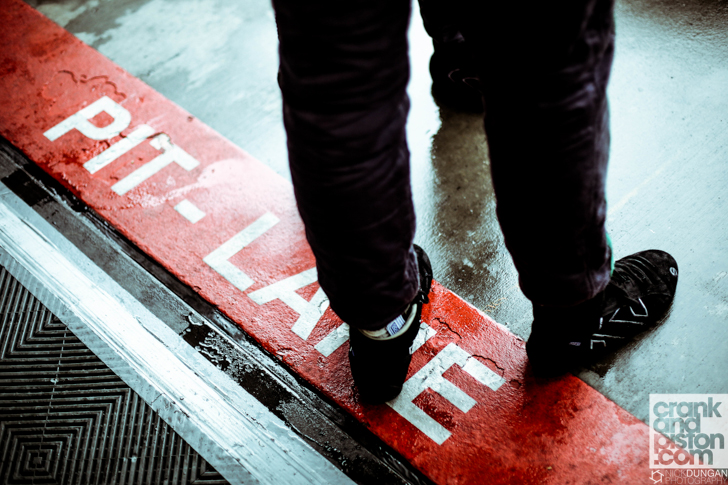 Sadly at this point my joint commitments as a photographer and media guest of Bentley kicked in, meaning I had to swap the lavish hospitality room with gourmet food, live race coverage and free ‘beverages’ for a room filled with around 100 sweating photographers wearing fireproof onesies and bike helmets (a safety requirement on pit road). Race time was drawing close and it was time to revert back to my less glamorous photographer alias.

Amidst roars of V8s and V10s firing into life up and down pit road, it wasn’t long before the grid started filing onto the sodden track, forming up on the start-finish straight after an exploratory – and understandably processional – sighter lap.

With few guests willing to brave the weather for a closer look at the cars, it proved a rather sparse grid, and as the 10-minute board was shown I made my way down to the first corner for the start of the race. Slight confusion on my part getting into the grandstand was quickly resolved after one of the media shuttle drivers recognised my rookie error and gave me a lift to the correct spot. As it happened though I needn’t have rushed, since the race would start (and remain) under safety car for the first 11 laps. 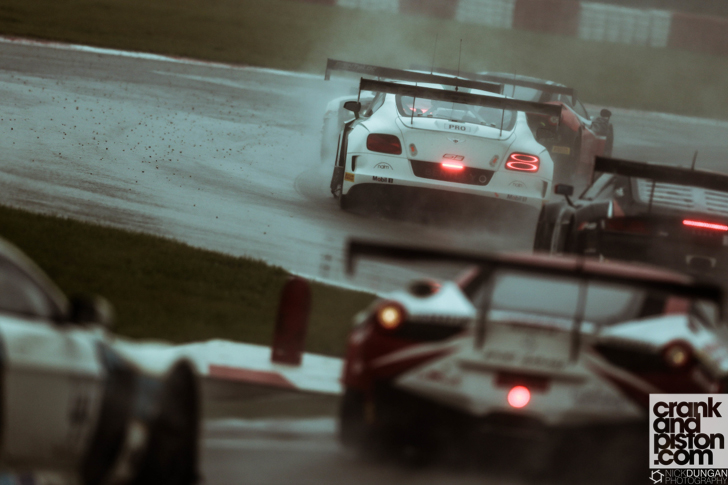 This was my first time shooting the Nürburgring Grand Prix circuit and it is quite a different beast to its more famous 20km alter ego. Nevertheless, many of the great qualities found on The Green Hell are still very much part of its F1 equivalent. For starters, the track winds through some of the most stunning countryside I’ve ever come across, made all the more impressive by unpredictable weather: sunglasses can turn to raincoats with scarcely any warning. Then there’s the heritage involved. This circuit has been around in pretty much the same format since 1984 and parts of it considerably longer than that. It’s a circuit born out of a love of motorsport and pushing the boundaries, and no amount of FIA catch fencing can hide that.

Eventually the pace car peels off and the race begins in earnest, the field attacking the first corner. This is still an endurance race though, and there’s a degree of caution from each of the drivers. The pressure applied to the drivers during a six, 12 or 24-hour race add an interesting extra dimension when compared to my usually frequented 20-minute touring car races: not only do the drivers have to battle their opponents and their own desire to push the car, they have the hopes of an entire team plus teammates resting on their shoulders. The first corner is consequently a nerve-racking moment for them. No less so for the photographers at turn one either: you only get one shot to capture the start of any race. 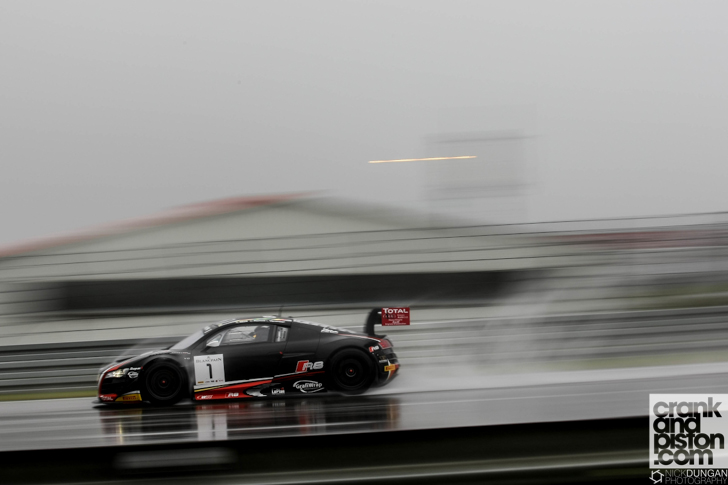 Even though the different weather and lighting conditions across an endurance race are great for event photography, there are still frustrations to deal with. The cars pit only once every hour, so trying to be in the pits at the correct time can be quite a challenge. With the longer races – like the Dubai 24 Hours – there’s a fine balance to find between being awake to capture the action and being alert enough to work safely on pitlane. That can be hard when you’ve just crawled out of your sleeping bag on the media centre floor.

Of course long distance races allow time to explore the normally stunning location. Previously I have only seen the F1 grandstand and pit complex, but with this race I was able to wander around to the back of the circuit, a rich organic area formed out of the landscape, compared with the concrete jungle on the main straight designed by someone sitting at a computer. I can see why the fans – some of the best of the world – love the Nürburgring. 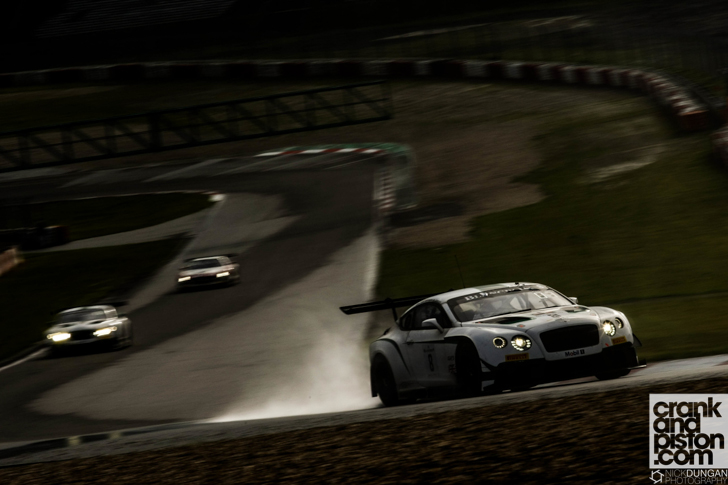 I could have spent hours wandering around the back of the circuit enjoying the brilliant elevation changes and great circuit features whilst the sun started to fall. Typically just as the light was getting to its best, it was time to head back to pitlane and shoot the finish. My genial hosts hadn’t disappointed, the M-Sport run #7 Bentley Continental GT3 of Steven Kane, Andy Meyrick, Guy Smith taking eighth at the flag and fifth in class. The result may not have been up their with the trios double victory at Silverstone and Paul Ricard this year but it was a solid result at the end of a memorable return season. And as festivities kicked off in the hospitality area post-event, it was great to hear just what had brought both the team and the people that made it to this moment at a sodden Nürburgring.

But that’s a story for another time…