The Yas Marina Circuit has this week announced its motorsport calendar for the 2014/2015 season, a schedule that includes three firsts for the track.

The Abu Dhabi Grand Prix (the double points paying F1 season finale) will take place on 21-23 November, just two weeks before the Gulf 12 Hours on 11-13 December. Running for the fourth time since its inauguration in 2012, the 6 + 6 hour endurance race(s) this year hopes to boast an expanded line-up following Bentley’s official return to motorsport after a ten-year absence at last year’s event. The M-Sport entered Continental GT3 secured a fourth place finish on its racing debut.

The Gulf 12 Hours weekend will also see the Toyota Racing Development supported 86 Cup take to the track for the first time. Between December and April, six rounds of the new single-make series are scheduled to take place, the last of which takes place on 9-11 April. Organised by the Yas Marina Circuit itself, the single-make series marks a further attempt by the circuit to promote local motorsport.

The Ferrari World Finals will also make its Middle East debut on 5-6 December, with almost 200 Scuderia cars and 15 F1 cars from the Corse Clienti expected to take to the track. This marks the first major event in the region for Ferrari outside the prestigious Grand Prix since last year’s Ferrari Racing Days.

The region’s local motorsport series – including the NGK Racing Series, Formula Gulf 1000 and Radical Middle East Cup will compete at Yas Marina for the first time on 30-31 October, the so-called Yas Racing Series coming to a close on 11-12 April next year.

Previous ArticleVIDEO. New McLaren 650S GT3
Next Article Behind the scenes at the 1000km Nürburgring 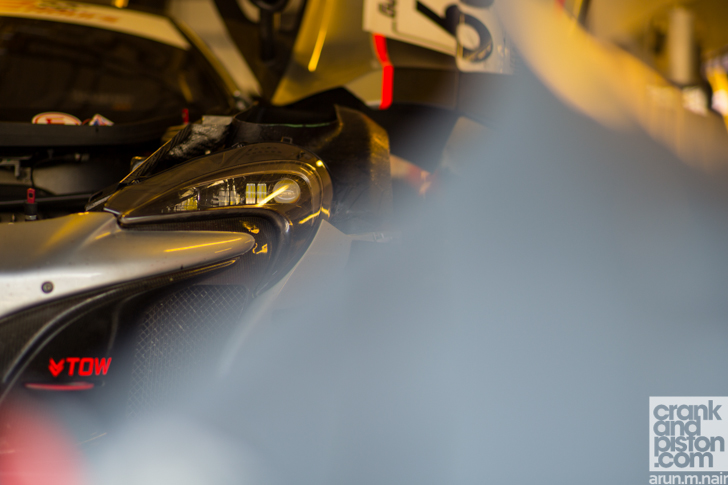