Matus Prochaczka is a conceptual designer from Slovakia with a penchant for motor racing, and IndyCars in particular. And while the 2035 season concepts may take the radical approach to entirely new batshit levels, there is a degree of sanity about it. Take a closer look at the flexed front wing, the semi-concave cockpit cover and the enclosed rear wheels. Each has been designed to deflect impact damage away from the driver during a shunt, while the remodelled rear spoiler meanwhile and winglets attached to the sidepods have been modelled for greater downforce in an attempt to improve overtaking.

Though a new concept for Frenchman Simon Pagenaud is in the works, Matus has focused his efforts on four IndyCar veterans, namely Helio Castroneves, reigning champion Will Power and James Davison (no, not that one), plus former champions and four-time IndyCar champion Scott Dixon. Fans will also be pleased to hear that these stunning artworks are available for purchase on paper, aluminium dibond and canvas.

If you’re like is, you might already be working on requests. We’d love to see a new design for Juan-Pablo Montoya and Marco Andretti. 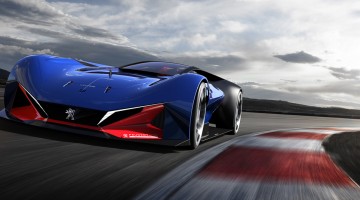