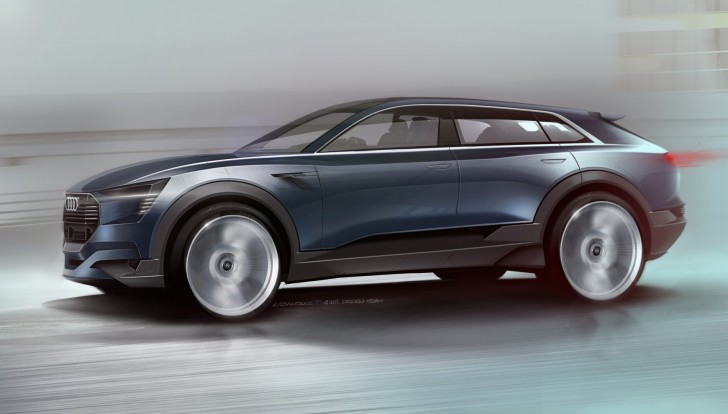 The concept will be the brand’s first large-series electric car and sits between the Audi Q5 and Q7 models, in terms of length, and has a flat, coupe-like cabin, with room for four people.

Powered by three electric motors – one on the front axle and two on the rear axle – it has been designed from the ground up as an electric car, with aerodynamics as the main focus. Moveable elements at the front, on the sides and at the rear all help to improve the airflow around the car. 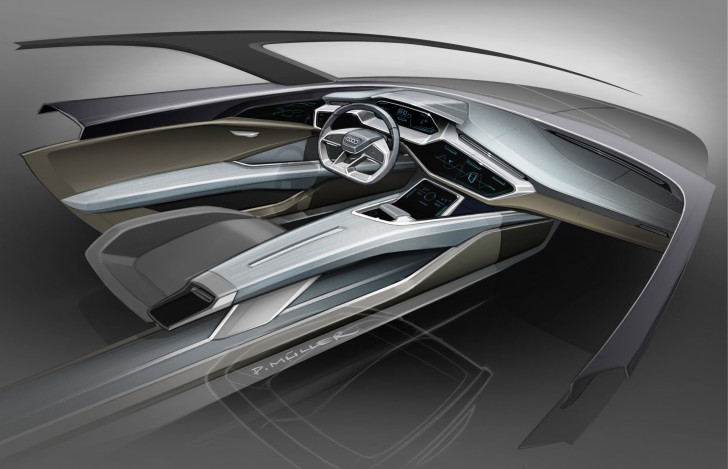 The underbody is completely also closed, with a cd value of 0.25, which contributes to its range of more than 500 kilometers.

Its large lithium-ion battery is also positioned between the axles and below the passenger compartment, resulting in a lower centre of gravity and balanced distribution. 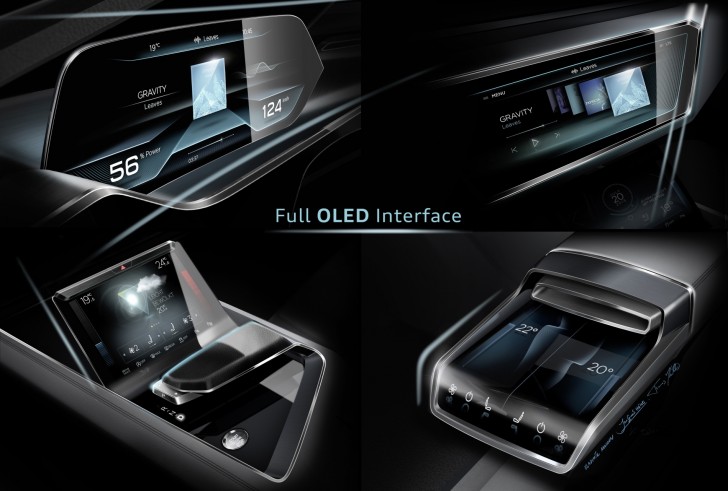 The model is said to go into production from 2018.