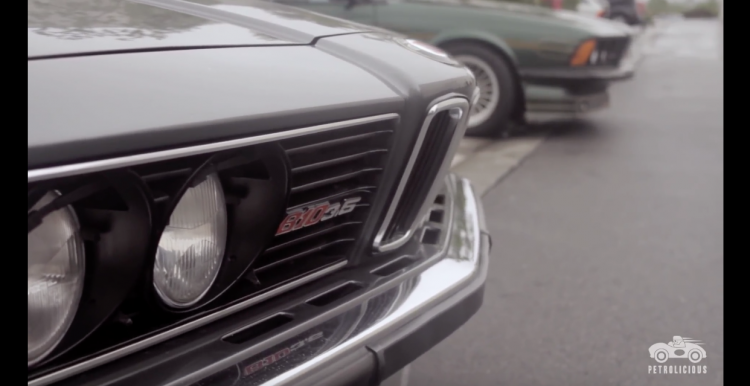 We thought, as it’s Alpina’s 50th birthday, this year, we’d have a look for a cool video to celebrate it. This video from Petrolicious shows two rather lush, and incredibly rare, BMW E24 Alpina models.

How rare, we hear you ask? Well, ever seen rocking horse excrement? Exactly! The E24 Aplina 3.5-litre B10 is number 36 of 44 built and is, according to the bloke in the video (nah, we don’t know who he is but he’s cool, all the same) the only one of its kind that exists in the Western Hemisphere, and is one of 14 that are known to be left in the world. The other model is a 1982 E24 Alpina 333hp B7s turbo, which is number 26 of 33 built, and there are nine left in the world.

So, pretty rare, then…

The B10 is a much more refined model, but when turbo boost kicks in on the B7s it’s a pretty unique experience, and it’s faster on take off, but the B10 is more refined as a driver’s car.

The chap in the clip describes exactly what is right about the car world and some of the people in it.

He describes being a car enthusiast as being a part of a community; “everyone’s willing to help you out if there’s a problem with your car.”

Most of us have experienced this in the car ‘scene’ – However, there are still the odd little groups who dislike and criticise what you do and those who’re simply jealous, but you have to forget that minority and surround yourself with the real enthusiasts who are there for each other.