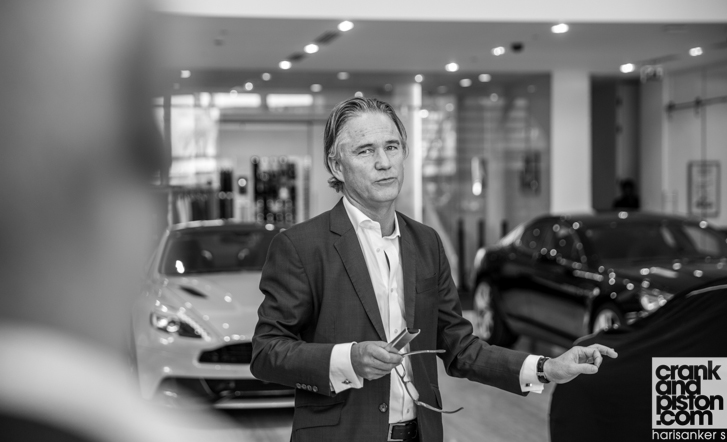 Neil, we’re here at the unveil of the DB10, a car that’s got everyone in the region – and indeed across the world – talking. What do you think the fascination is?

“Bond! Of course the James Bond relationship has been there for 50 years now: Aston needs 007, but 007 also needs Aston. They’re sort of married together, and their relationship works really well because it creates excitement and the drive. Plus, James Bond is all about the ‘gentleman’s car’, and that’s our selling point. It’s our signature.”

Strange you should mention ‘marriage’, given that James Bond – in the novels at least – originally started out with Bentley, another ‘gentleman’ car’…

“[Laughs] Ah, but has he gone back to Bentley? No. Where has he been for the last three films? With us. And I think it is largely to do with our signature. Other brands have tried but I don’t think it’s had the same success: you ask most people about the most famous Bond car, and they’re likely to say the DB5. And Aston Martin.” 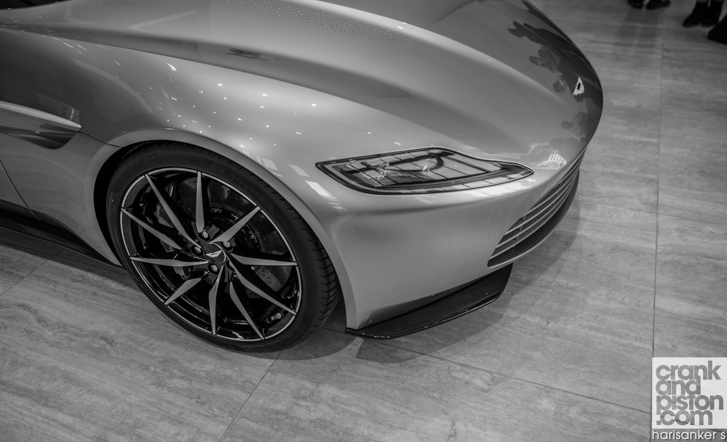 Moving to the DB10, is its true that seven cars were written off during development? How much cringing did that cause back at the factory?!

“Quite a lot, but we look at it in another way. If your remember Casino Royale when the DBS was sent rolling, nine were written off. But during filming they actually got the most rolls ever performed in a film sequence, or something like that” – Good memory Neil. The DBS set a Guinness World Record with seven consecutive canon rolls in Casino Royale in 2006 – “So yes, it is painful, but at the end of the day, what we get out of this from a brand perspective, we cannot underwrite. It’s always the best messaging for Aston Martin. We get a spike in interest and a spike in sales, so it’s always beneficial.”

With this in mind, is the temptation there to take shortcuts on a stunt car that’s going to be written off anyway?

“Actually no. The problem is they come down the production line, and you can’t explain to someone who’s building these everyday, ‘oh for this one, don’t take as much care and attention’. There’s no way. It’s too complicated. You’d almost have to build another production line just to manage that.” 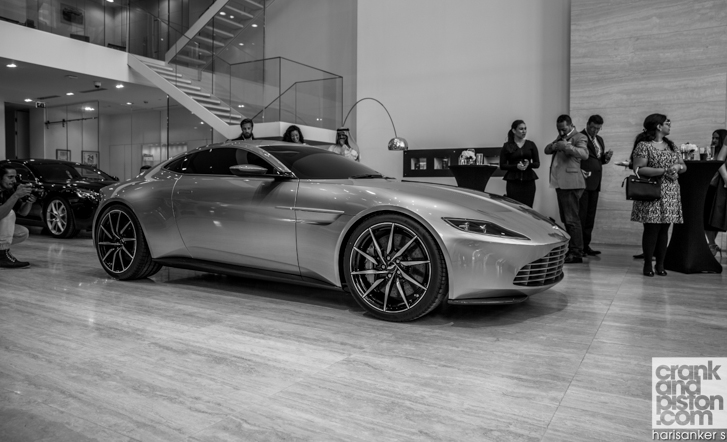 The Dubai International Motor Show is coming up, and the DB10 will be one of Aston’s ‘star’ cars. How significant an event is this for Aston Martin?

“Well this year we didn’t do the Frankfurt Motor Show, so it is very important. The Middle East is a growing market for us, and a relatively new market, and we have some ‘super wow’ stuff coming in the next five years. So we need to start getting our message across, particularly about our special edition models, like the Vulcan and the Vantage GT12. Where do we sell most of these? The Middle East. Plus, the Lagonda was built specifically for this region. So it’s definitely a huge event for us.”

How much preparation is required for a show of this size?

“Enormous. We start choosing the cars seven months in advance, since some of them have a lot of ‘Q’ bespoke features on, and require a six-month build process just for that.”

How do you decide which is the ‘show stealer’ on your stand, given that either the DB10 or the Vulcan could sit quite happily on their own?

“It’s a unique year to have two such special models on the stand. To be honest I would have put the GT12 on the stand as well if I could! But the Bond car is a signature for our future, while the Vulcan shows what Aston Martin is really capable of. Those are our two big headliners, anyway. The Lagonda we’ve already celebrated but will be there on the stand, and we’ll also be announcing the new DB11. We also have the last edition of the DB9 – the GT – so why not have that there too?” 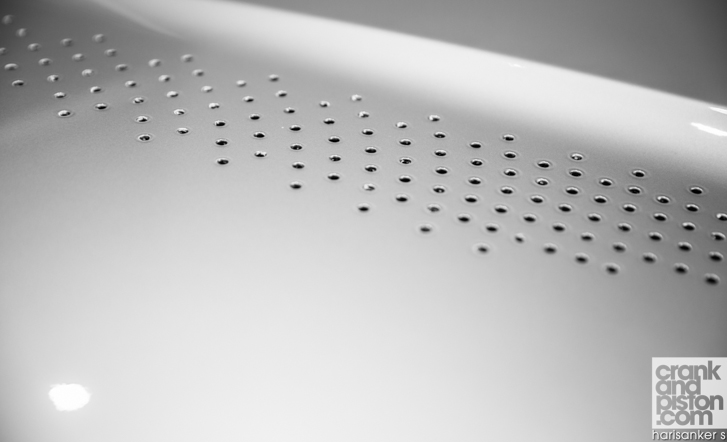 One of the Dubai Motor Show’s key themes this year is ‘Motoring Nostalgia’, a collection of classic models from the 1950s to 1980s. Strange that, given its illustrious heritage, Aston hasn’t gone the same route…

“True, but purely because we have so much product at the moment, You can only have a stand so big and a budget so large…”

Quite a nice problem to have…

“Exactly! And yes, it’s a shame, because at the 2013 Dubai Motor Show we had a DB6 on the stand, which created such a buzz. People absolutely loved it! And of course, with the whole Bond thing, to have a DB5 sitting next to the DB10 on our stand would be beautiful, but there’s only so much you can do.”

Key focus today is of course the DB10’s first appearance in the region. How many phone calls have you already had from people looking to buy one?

“Hundreds. I tell you, HUNDREDS. And people will not take ‘no’ for an answer. They just cannot believe that this isn’t a production car. But it’s not. Of course the temptation is there for us to sell one, and from my point of view, I wish we had made a hundred! But that’s the deal that’s been made by Sony and the shareholders, so that’s that.” 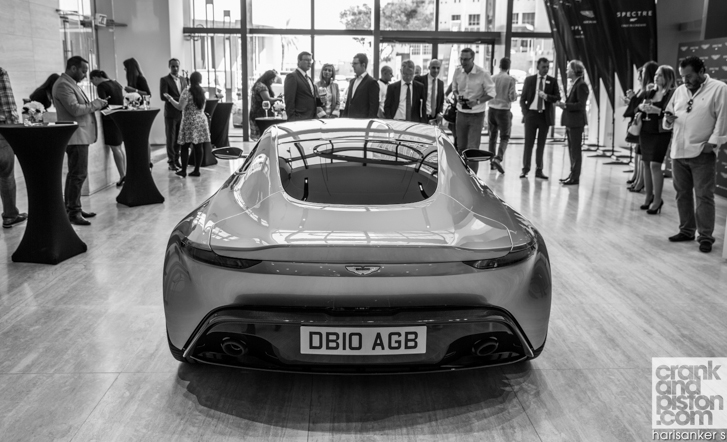 Of the 10 that have been made specifically for Spectre, only one will be auctioned off, correct?

“Yes, which will be in March or April next year. I’m not absolutely sure how it’s going to work just yet because there will be enormous global demand for both this car and the production DB11. I think because the DB11 is so revolutionary, the waiting list could be as long as two years. So that’s going to be a big challenge for us.”

So, you have DB10 phone calls to take, the Dubai Motor Show to arrange, and an auction to prepare. Presumably a lot of sleepless nights ahead…?

“Yes! But it’s exciting. And we’re also hoping to do something spectacular with the Vulcan at this month’s Formula 1 Abu Dhabi Grand Prix. But I can’t say anything about that. You’ll just have to join us throughout November.”