crankandpiston.com dons dons its tuxedo and Walther PPK at the unveil of the Aston Martin DB10, the official car of James Bond’s new film, Spectre

It’s not often we’re on-hand to see one of only 10 models built unveiled, let alone one that has been built JUST for promotional work for a Hollywood film. Said model is the new Aston Martin DB10, and you can out those chequebooks away, this car will not be sold to the general public:

“So many people have been asking me, ‘when can I get one?’ You can’t.” says Aston Martin Middle East general manager Neil Slade. “Of course the temptation is there for us to sell one, and from my point of view, I wish we had made a hundred! But that’s the deal that’s been made by Sony and the shareholders, so that’s that.

“What they can buy though is the new DB11, which is being put into production and for which there’s already enormous global demand. I think because the DB11 is so revolutionary, the waiting list could be as long as two years. So that’s going to be a big challenge for us.” 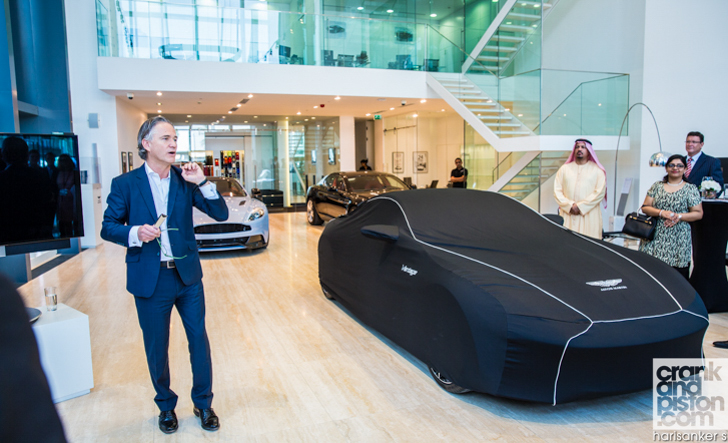 Focus today though for Neil is the all-new Bond car, set to star in the new James Bond film Spectre when it premieres on 6 November. It’s the sixth car in an impressive 007 run for Aston Martin, the British marque having featured in 12 of the official 24 movies. And this being 007, attention to detail has been biblical. The underpinnings are a V8 Vantage, albeit one with Aston Martin designer Marek Reitman’s bespoke touches. The clamshell bonnet for instance includes a heat-map perforation pattern to feed the air to the 4.7-litre V8 underneath (and yes, it does come with a manual gearbox). Not that we’re being encouraged to try it, but a top speed of 305kph and 0-100kph in 4.7 seconds have been suggested. 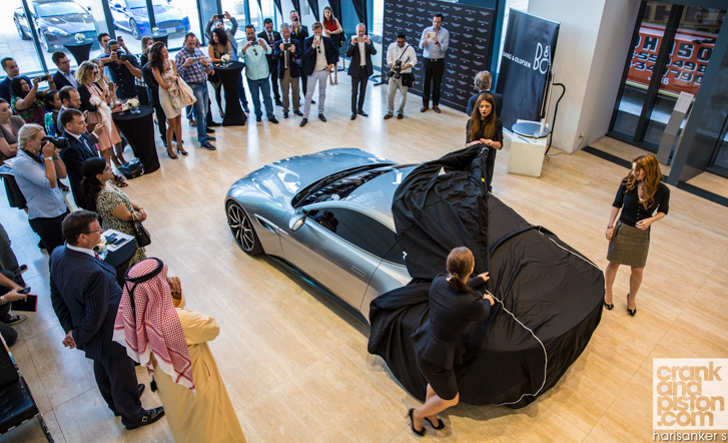 The shark-inspired nose tries its best to hide the front grille to imbue a ‘stealthy character’. All body panels are carbon fibre, Aston opting to use as few as possible to reduce the number of shut lines and convey a more elegant structure, which also explains the ‘diamond turned’ wheels. For stunt purposes, the wheelbase is longer than the Vantage’s the width on par with the hyper-exclusive One-77. Designed from start to finish in just five months, the kerb weight has been pegged at a surprisingly reasonable 1542kg (1643kg for the roll cage carrying stunt cars). Not that we’re too sure how much the model unveiled today weighs though, since aside from the right-hand drive steering wheel, the cabin has been completely stripped. 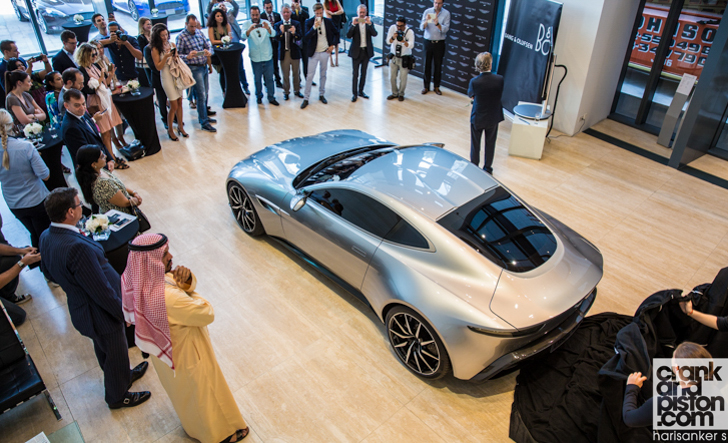 Though many of us would like it to be, the DB10 is not the future for Aston Martin, though it does give us an insight into the DB11’s final look. Once again, you can put those chequebooks away, since there’s already a two-year waiting list.