An onboard lap of La Sarthe. Le Mans

Take a trip with us around La Sarthe, home of the 24 Hour of Le Mans. It’s a circuit that encompasses terrifying high speed straights and very few corners, was first used for the endurance race in 1923 (only nine races have been missed since then), and has claimed dozens of lives. It’s a formidable challenge. 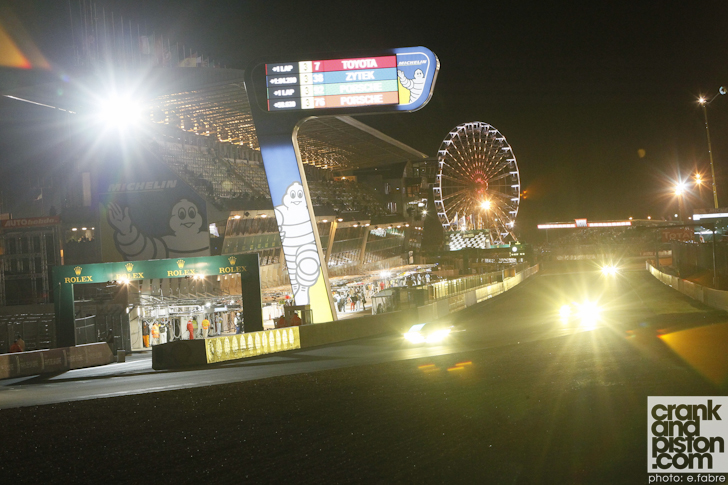 From one flying lap to the next, drivers can hit 280kph on the start-finish straight, taking all that momentum into the sixth gear Dunlop Curve. The top LMP1 class is still travelling at 260kph when they brake hard for the Dunlop Chicane under the famous Dunlop Bridge, first gear for the 60kph left hander and second for the 70kph right. This year, Lucas Di Grassi, Marc Gene and Oliver Jarvis suffered a puncture in traffic at Dunlop that dropped them well off the leaders. 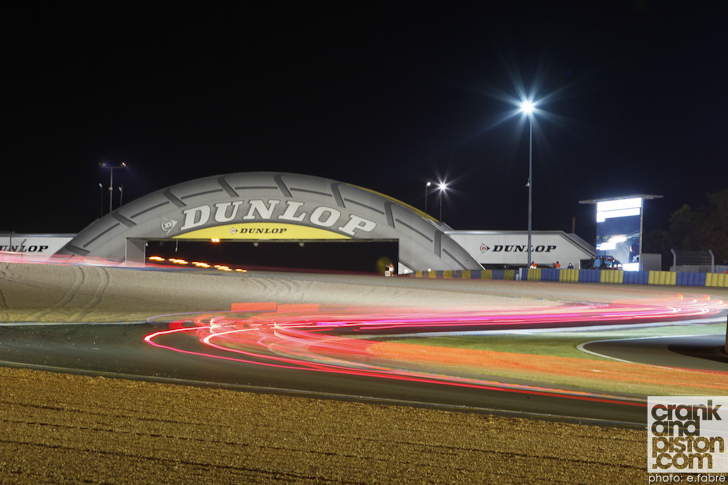 Competitors accelerate hard to the Virage de la Chapelle where two years ago Allan McNish suffered a high speed accident in the Audi R18 TDI that nearly wiped out photographers standing behind the tyre barrier and immediately became one of Le Mans most famous incidents. Foot flat to the floor, drivers run through the 200kph Tertre Rouge right-hander that leads onto the Mulsanne Straight. It’s a corner that is taken in fourth gear and is also where motor racing tragically lost Allan Simonsen this year. 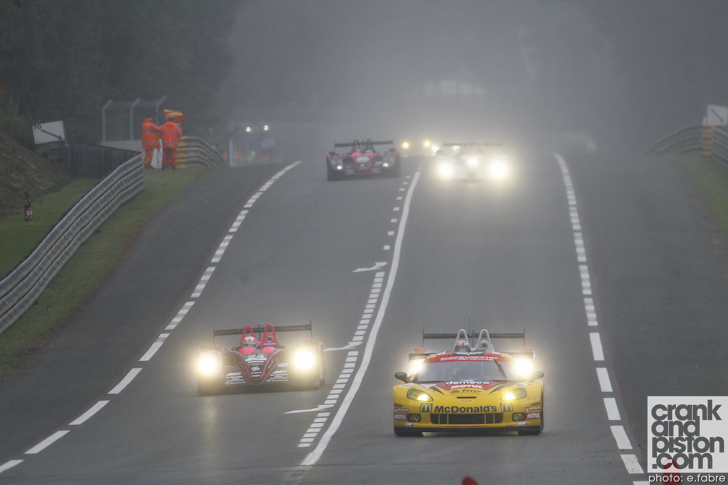 Wary of ruts caused by heavy traffic throughout the year (like Monaco and Albert Park, parts of La Sarthe are open during the year), drivers quickly reach 330kph and sixth gear. With Group C sportscars becoming increasingly faster and Team WM Peugeot setting a new 253kph top speed at Le Mans in 1988, organisers added two chicanes along the Mulsanne Straight to slow the field. In 2012, Romain Dumas collided with the tyre wall at the first chicane. Foregoing a travelling screwdriver in favour of brute force, the Frenchman ripped the dislodged nose cone from its moorings before coasting back to the pits with broken suspension. 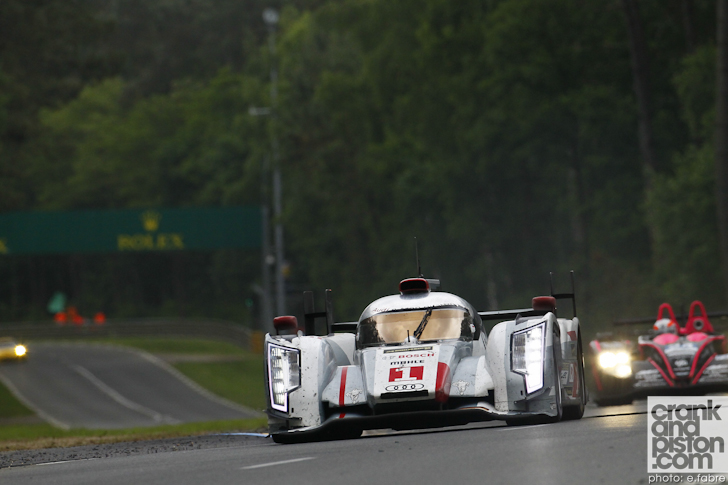 Braking hard from 320kph into Mulsanne Corner – scene of Anthony Davidson’s back-breaking accident in 2012 – drivers then tackle La Sarthe’s blackest sections, the rundown to Indianapolis. In 1999, Mercedes’ teammates Peter Dumbreck and Mark Webber flipped the CLR on the prototype’s one and only race entry. In an incident that foreshadowed Davidson’s accident one year later, Mike Rockenfeller exited the 2011 Le Mans during the night when he was tagged by Robert Kauffman in the AF Corse Ferrari 458 Italia GT2. Tragically Jo Bonnier – just months after announcing his retirement from Formula 1 – perished after his Lola T280 flipped into the trees. 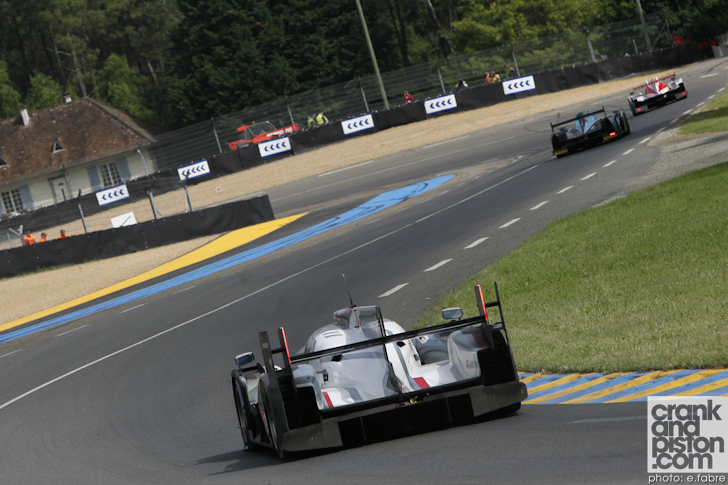 Taking the second-gear left hand Indianapolis, drivers make the short 200kph dive down to Arnage, before piling on the speed up to the Porsche Curves. Arriving at 310kph, LMP1 cars can take the bumpy surface at just over 200kph in fourth gear providing they get their line right. Satoshi Motoyama discovered that the Porsche Curves (and Kazuki Nakajima’s Toyota Racing TS030) can bite in 2012. His tireless efforts to get the Highcroft Racing DeltaWing rolling again have since become an internet sensation. 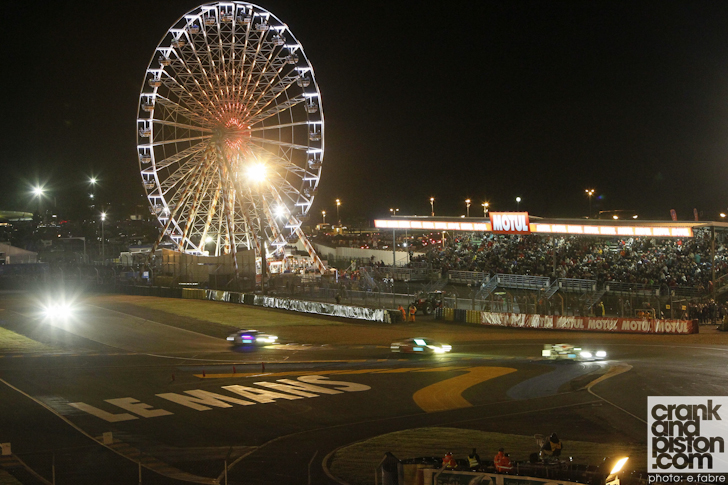 A short straight leads the field back round to the now renamed Ford Chicane, site of two further Le Mans tragedies. At Maison Blanche in 1969, John Woolfe lost his life after an accident on the first lap in his eponymously entered Porsche 917. That he was not wearing his seatbelt was a contributing factor to his death, and the traditional Le Mans start – where drivers sprint across to their waiting cars and begin the race often without closing their doors properly or fastening their belts – was abandoned from 1970 onwards. A heroic effort by Pierre Levegh in 1952, in which he drove 23 hours solidly by himself and lost certain victory only in the Talbot-Lago T26 GS Spider when his gearbox expired, is often overlooked. The Frenchman’s death at the infamous 1955 race – an accident that claimed more than 80 lives, saw Mercedes officially withdraw from the sport for 30 years and was the contributing factor to a ban on motorsport in Switzerland – remains his leading legacy at the event. 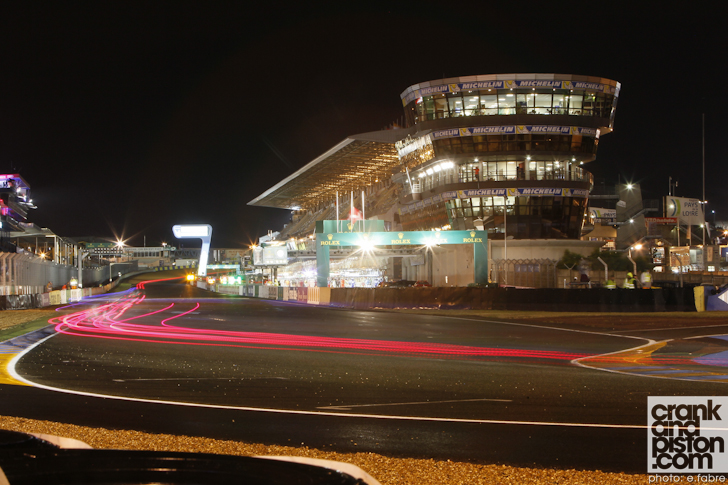 Finally, it’s back onto the straight, where in 1966, Ford celebrated their 1-2 victory with the Ferrari conquering GT40 by staging a photo finish, Bruce McLaren and Chris Amon just pipping Ken Miles and Denis Hulme. Indeed, so popular was the staged finish that Ford repeated it for their 1-2-3 triumph at Daytona the following year.

And in case you’re wondering how that all joins together, we thought we’d let Brendon Hartley – teammate to Karun Chandhok and Mark Patteron in the Murphy Prototypes Oreca 03 – show you how it’s done.