Ahead of the British Grand Prix, Red Bull driver Mark Webber announced he will abandon Formula 1 in favour of a LMP1 drive with Porsche in 2014. Porsche officially returns to the 24 Hours of Le Mans next year for the first time since 1998. The British Grand Prix marked Webber’s third victory of 2010 but is also considered his most fighting drive from a season that nearly ended with championship success. 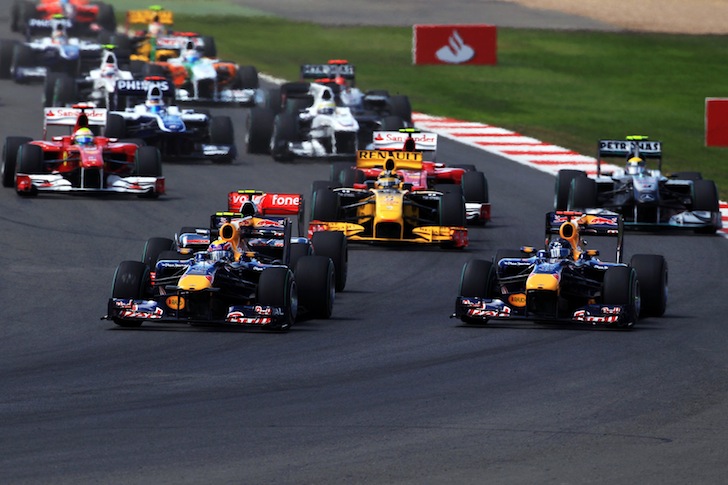 Mark Webber was left extremely dis-chuffed when a new front wing upgrade was taken off his car ahead of qualifying and given to teammate Sebastien Vettel who suffered wing failure in free practice. That Vettel also edged out the Aussie for pole position by 0.14s didn’t go down too well either.

At the start of the race – the first Grand Prix run on Silverstone’s new GP layout – the Red Bull teammates went wheel-to-wheel into Copse, Webber managing to force his way in front despite starting from the dirty side of the track. The slow starting Vettel made contact with Lewis Hamilton’s McLaren, the resultant puncture dropping the polesitter to the tail of the field.

Controversy rose again in the early stages as Fernando Alonso – having dropped places at the start from third on the grid – took to the grass in an effort to snatch fifth place from Renault’s Robert Kubica. Failing to yield, the Ferrari was given a drive-through penalty, much to Alonso’s chagrin. Contact between Pedro de la Rosa and Force India’s Adrian Sutil on the main straight saw the Sauber’s rear wing disintegrate on the fast Hangar Straight. The Safety Car was called, and Alonso would have to wait to serve his penalty, dropping him way down the order.

A dominant performance from Webber saw the Red Bull take victory ahead of Hamilton, teammate Jenson Button’s fourth place from 14th on the grid affirming that McLaren’s failed experiments with a new blown diffuser had not curtailed its weekend. Mercedes’ Nico Rosberg took the team’s first podium since his victory in China six rounds earlier. Alonso meanwhile could manage only 14th following his penalty. Many wondered how the Spaniard could still be “100 percent confident” about winning the World Championship.

Vettel, having barged past Sutil’s Force India and Michael Schumacher’s Mercedes, bounced back to finish seventh, though the words of victor Webber on his slow down lap spoke volumes to Red Bull: “not bad for a number two driver, eh?”

The British Grand Prix also marked the last appearance of Karun Chandhok for Hispania Racing, the Indian replaced for the remainder of 2010 by former Super Aguri pilot Sakon Yamamoto. For sponsorship reasons, the Japanese had stepped into the Hispania berth at Silverstone for one race at the expense of regular driver Bruno Senna.

Rossi in the Rain. Rally Monza 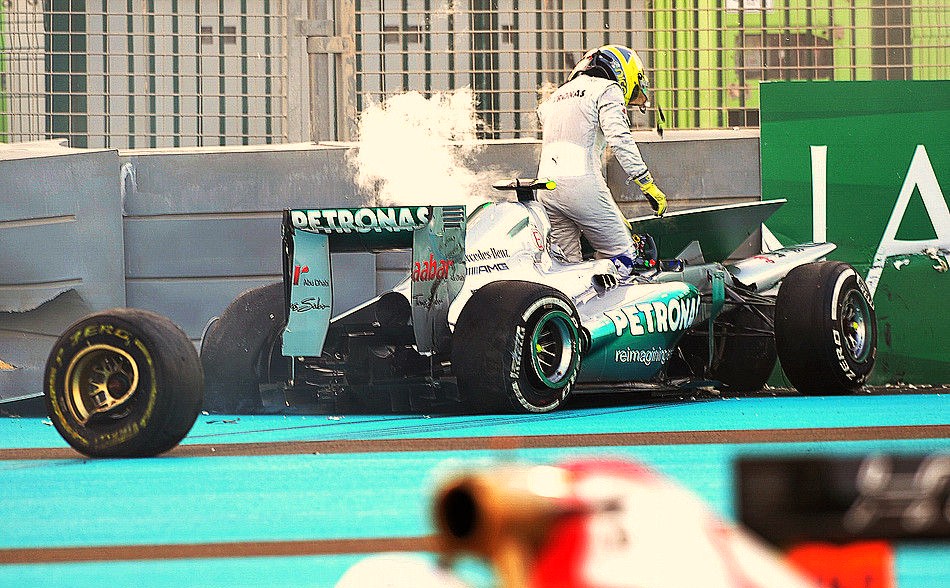