This year Pikes Peak hosts the 91st International Hill Climb (the second oldest motorsport event in the USA behind the Indianapolis 500), and there are plenty of reasons why this could be one of the most thrilling runs yet. 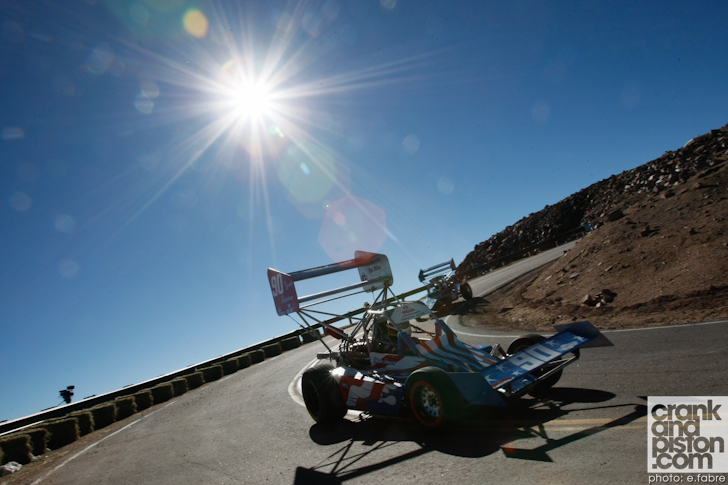 Not just because of Sebastien Loeb’s well-publicised run in the Peugeot 208 T16 Pikes Peak. Not just for the return of fan favourite Nobuhiro ‘Monster’ Tajima (who turns 63 just two days ahead of the event) and his eponymously entered E-Runner. There are others to keep an eye out for.

IndyCar race winner Simon Pagenaud (FRA) will take on the sprint in a 530bhp Honda Odyssey, while former Le Mans class winner Romain Dumas (SUI) will return for another crack at the course record aboard his Norma M20FC PP. Long time veteran Rod Millen (USA), a nine-time winner of the event, is just one of 17 entrants in the Electric class in his Toyota TMG EV P002 alongside another notable name, 2010/11 winner Ikuo Hanawa (JP) in his Summit HER-02.

Last year’s Unlimited Division winner David Donner returns for another crack at the event three other members of his family have previously won. Reigning Time Attack winner Rhys Millen (USA) – now teamed up with six-time winner Paul Dallenbach (USA) – also returns in the Hyundai PM58OT. As it always does, the action takes place across 156 turns, nearly 20km of tarmac and a climb from 9390ft to 14,110ft.

Previous ArticleAn onboard lap of La Sarthe. Le Mans
Next Article One man’s journey at the 24 Hours of Dubai