crankandpiston grabs a few words with official Ferrari test driver Marc Gené to discuss the importance of driver tuition, why V12 engines give an experience like none other, and why Fernando Alonso’s Formula One aspirations are looking a lot rosier for 2013. 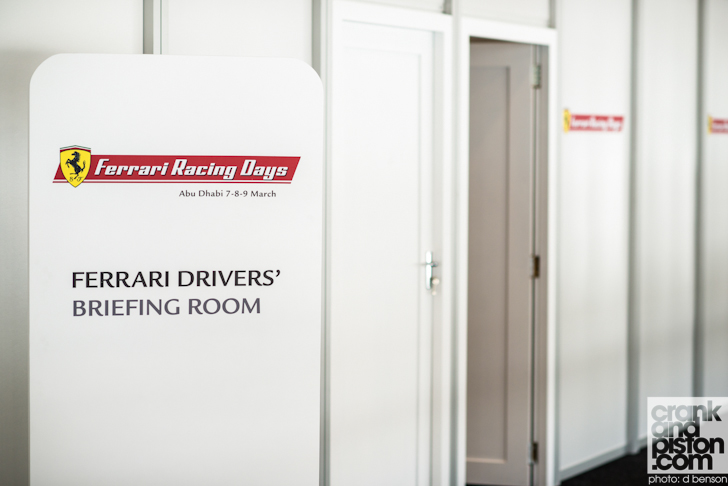 It’s been a busy weekend for crankandpiston at Ferrari Racing Days 2013, with first the XX Programme and F1 Clienti hitting the scene before the 458 Challenge Asia-Pacific series does battle in round one. Ferrari’s hardworking PR squad aside, few have been busier than official Ferrari test driver Marc Gené, who’s been slowly burning the rubber off the soles of his shoes as he’s darted from one garage corner to the next.

Yes, well spotted. This is not the first time Marc has made his crankandpiston bow. Oddly enough, the last time we spoke with the former F1 driver was also at the Yas Marina Circuit during a Ferrari California event last year. But while then our focus was on the Spaniard’s career hitherto and his endurance racing aspirations, this time we’re keen to hear how his role with Ferrari includes much more than just driving an F1 car very fast. 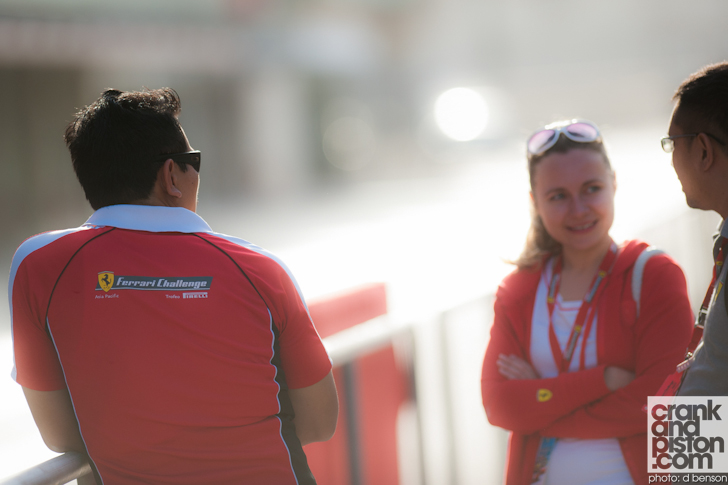 Marc, you’re here at the Yas Marina Circuit as a driver coach for Ferrari’s  XX Programme and, principally, the F1 Clienti. Why don’t you walk us through your role this weekend…

“Abu Dhabi is a very important event for us. My role here involves one-to-one coaching with the F1 clients, so there’s a bit of everything. For the extreme performance, you have the F1 Clienti. Some clients ask me to drive the F1 car, other ask me to walk them through how they themselves should go about it. Another client actually has two F1 cars, so I’ll be in one of them and he’ll be following me in the other.

“There’s clients I just do telemetry comparisons with and walk them through the go-pro footage. So there is a bit of everything. I know them all, so I know which ones are after the best laptimes, which ones are looking for the last tenth of a second, and which ones are here to just enjoy themselves. I’ve know most of them for many years now, so I know what to expect.”

Is it difficult to keep track of each client’s individual progress?

“Only in the Ferrari Finali Mondial” – which habitually combines all three Ferrari Challenge series into one big season finale, and which last year took place in Valencia, Spain – “where there’s a lot of clients I have to deal with all at the same time. They’re be maybe 15 or so, and I can struggle. But here, where there’s five or six F1 cars, it’s easier and I can focus a lot more on each client.” 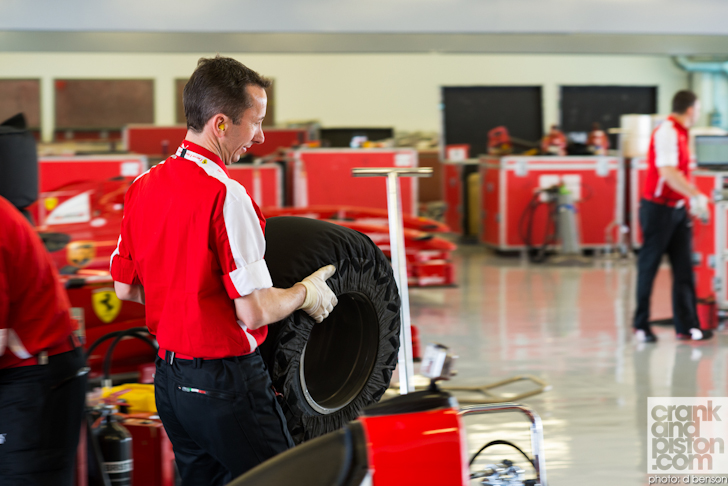 As Ferrari’s official test driver, what are your thoughts on the XX and F1 Clienti programmes?

“It’s unique. There’s no other brand in the world that is able to do this. The 599XX and FXX programmes allow the clients to drive the quickest cars with the best technology and in the right environment, with the best technicians and with a lot of one-to-one work. When they finish their runs, the cients go to the telemetry room and compare their performance with their instructors. A lot of them like to take passengers for laps with them. So it seems to work really well with this program for these people who want to be involved with the Ferrari environment and be involved with their own group of friends.”

You’re more accustomed to the high-speed competitive world of Formula One and endurance racing, so what does this weekend mean to you personally?

“It’s still fun, because I drive the cars. Okay, when I drive cars that belong to the clients, I have to be careful because…nothing has ever happened” – and at this point Marc knocks the wooden table – “and I’ve been with Ferrari for over eight years now. But still I have to be careful, so I’m never looking for the last tenth. I try to push and go fast but without taking any risks. When I’m testing with the current F1 car in Fiorano [the 2013 Ferrari F138] there I can take risks. It’s accepted that one day I might go off, because you’re looking to see how the car handles at the limit. But that’s never happened at these events.”

Not that I’m trying to tempt fate or anything(!), but what do you think the reaction would be if the worse came to the worst here this weekend?

“Oh, I would be very angry with myself. Performance for me this weekend is not the goal. The goal is to be quick enough to see where the clients can improve.”