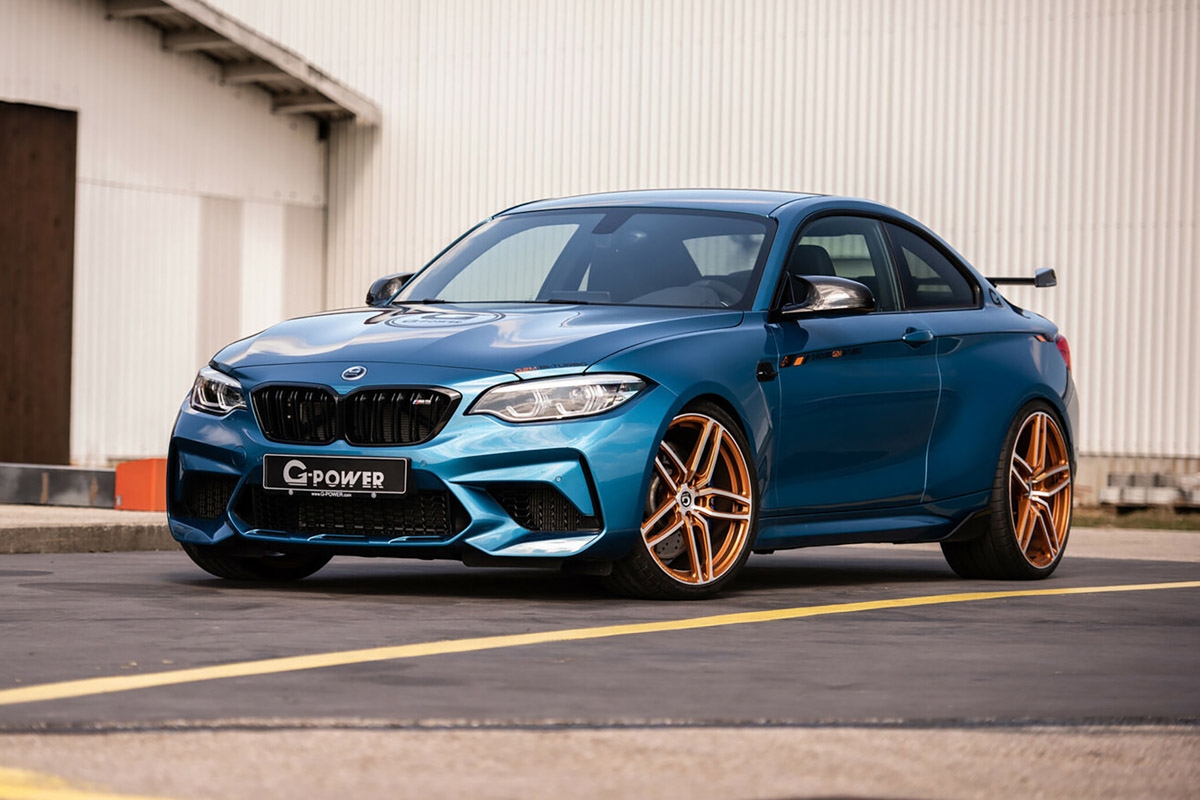 The BMW M2 was a great driver’s car in its original N55 form, though one of its downfalls was its M-lite power plant. The Competition changed that, shoehorning the same S55 M engine found in the M3 and M4 under the bonnet. However, G-Power still felt that wasn’t enough…

With the M2 Comp featuring the S55 engine in a 404bhp tune, it put it slightly below the M3 and M4 in terms of straight-line pace. But, with a variety of modifications, the German tuner has taken the small coupe to a staggering 670bhp and 634lb ft of torque. Zero to 100kph now comes in a quoted 3.2sec, with acceleration only stopping at a rather ridiculous 330kph – that’s higher than that of the McLaren 600LT.

To get to this figure, G-Power set to work on the M2’s factory turbochargers, adding custom-machined components for better efficiency, more boost and in turn, more power. Larger, lighter compressor wheels have been added for increased response and the turbine blades on the hot side are also capped for reduced exhaust gas temperatures, allowing for boost levels to be safely increased.

Exhaust backpressure is also reduced over the factory car with new downpipes and a G-Power exhaust system, letting the six-cylinder breathe whilst making a better sound (although not detailed, it’s likely that the new OPF filter is removed in the process). The standard car’s ECU wouldn’t quite cut it with such extreme changes to hardware, and so the tuner adds its own system to tie everything together.

Alongside mods under the bonnet, new in-house coilovers are added for a lower ride height and more stability, as well as lightweight forged wheels and of course, a wing.

Pricing for the modifications are available upon request.