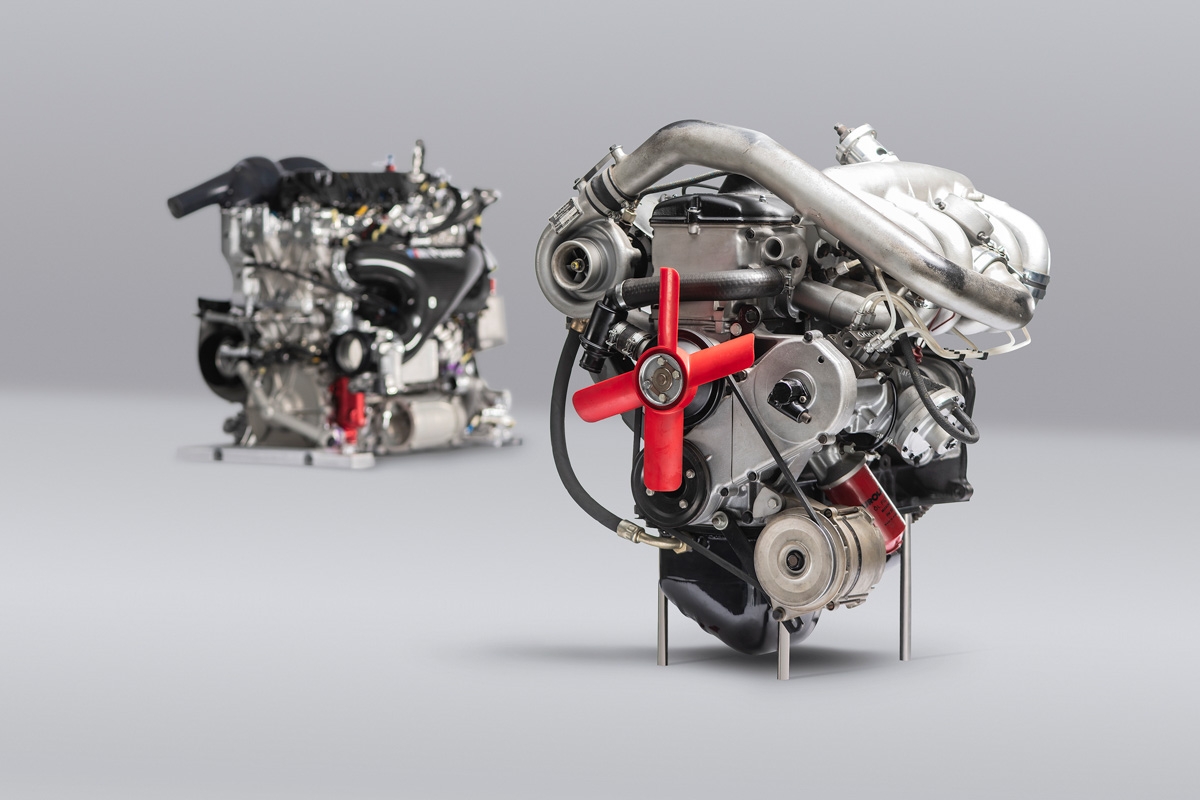 For a company with ‘Motoren’ in the middle of its name it’s hardly a surprise that BMW has made some great engines over the years and we probably associate the company most closely with its iconic naturally aspirated units. The S14 in the E30 M3, the sublime M88 (and S38 derivatives) in the M1 and various M5s along with the fragile but oh so glorious S85 V10 in the E60 generation M5. Yup, there have been some stunners (as well as the odd duffer) over the years.

But as we all know today’s engineers have to worship at the forced induction altar to reduce those pesky emissions and BMW’s entire road car range is now turbocharged and for 2019 so is its competition engine lineup, too. The last bastion of the naturally aspirated BMW motor sport engine was the 2018 spec DTM V8 but for 2019 the series has entered the turbo era with 2-litre, four-cylinder engines where BMW, Audi and Aston Martin will duke it out for the honour of being top dog.

Despite its naturally aspirated engine roots BMW does have some form with turbochargers – it won the F1 title with Brabham back in 1983 with the BT52 and that engine drew some of its inspiration from BMW’s first turbocharged championship-winning machine, the 2002 TIK that won the 1969 European Touring Car Championship. It’s also worth noting that lessons learned from this campaign led directly to the launch of the 2002 Turbo in 1973, Europe’s first turbocharged production car.

And since it’s 50 years since that first turbocharged championship success BMW has drawn some comparisons between the two units. Both are four-cylinder units with a 2-litre capacity and use a turbocharger and a mechanical fuel pump but those are more or less the only similarities. The M121 engine from 1969 developed around 276bhp at 6500rpm with 0.98 bar of boost – the turbo was theoretically capable of generating 1.76 bar but BMW was fairly confident this would have been enough to separate the head from the block. Fifty years of development ensures this is no longer a problem and the latest P48 engine for the DTM machine develops 592bhp with a maximum engine speed of 9500rpm and boost of 2.5bar. Considerably more would be possible if DTM didn’t restrict the fuel flow for the engine.

BMW reckons this new turbo ’four is around 100bhp more powerful than the outgoing naturally aspirated V8 used in last year’s DTM cars yet is 10 percent more efficient and 50 percent more efficient than the old M121 unit from 1969. While that might not sound that much for 50 years worth of development BMW is to a certain extent restricted by the rules for the series but nevertheless some of the stats for the new P48 engine are mightily impressive.

The turbocharger in the P48 supplies the engine with 400 litres of air per second – 3500 times as much as a human breathes while the pistons accelerate from zero to 100kmh in less than a thousandth of a second – 1200 times faster than a lunar rocket. And the water pump can shifts roughly 18,000 litres per hour which is fast enough to fill a bath in roughly 20 seconds.

The DTM season kicks off in Hockenheim on the first weekend in May and concludes at the same track in October. If you fancy seeing how new boy Aston Martin fares against Audi and BMW the DTM circus will visit the UK on 10 and 11 August when Brands Hatch will play host to the series on the full Grand Prix circuit. Initial tests at the Lausitzring have so far demonstrated the new turbocharged cars are around two seconds a lap quicker than their predecessors so it should be quite a show.