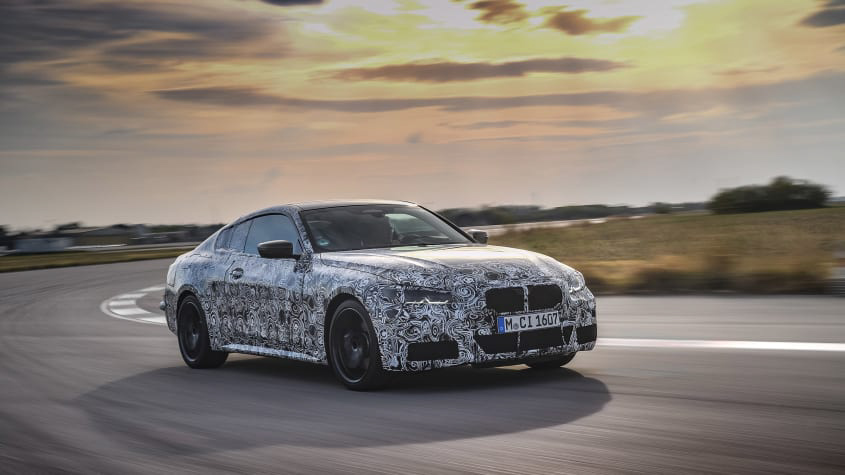 The BMW 4-series has been long in development following the G20 BMW 3-series saloon’s release last year, but finally official information has started flowing as to what to expect when it finally arrives later this summer.

Initially topping the Coupe range will be the M440i xDrive, a rival to the Audi S5 and Mercedes-AMG C43 Coupe, powered by a turbocharged inline-six petrol engine. Featuring a similar powertrain and drivetrain to the M340i saloon and estate, the M440i differs by integrating a new 48V mild hybrid system to assist the engine at low engine speeds. Comprising an 11bhp electric starter/generator and a secondary small-capacity lithium ion battery, the system not only improves efficiency, but also provides a subtle boost at low engine speeds.

Total system output of the powertrain is rated at 372bhp, identical to the M340i saloon and estate, but it should feature a slightly flatter power and torque curve due to the electric assistance at low rpm. Power is sent to the same eight-speed ZF torque converter automatic transmission and xDrive all-wheel drive system too, assisted by BMW’s M Sport active differential on the rear axle. The M440i will also include a bigger brake package than standard models as well as an 18-inch wheel and tyre package, although as with the M340i we suspect somemodels will be upgraded to a 19-inch package as standard.

The 4-series Coupe will also spawn Cabriolet and Gran Coupe body variants, and form a base for the next M4, which will still optionally feature a six-speed manual transmission and rear-wheel drive – be that switchable as in the current M5 or full-time. But this is a BMW ready to cause quite some design controversy when it’s finally revealed later this year. That’s something it experienced when former design chief Chris Bangle was at the helm too of course, and that certainly didn’t harm BMW sales.