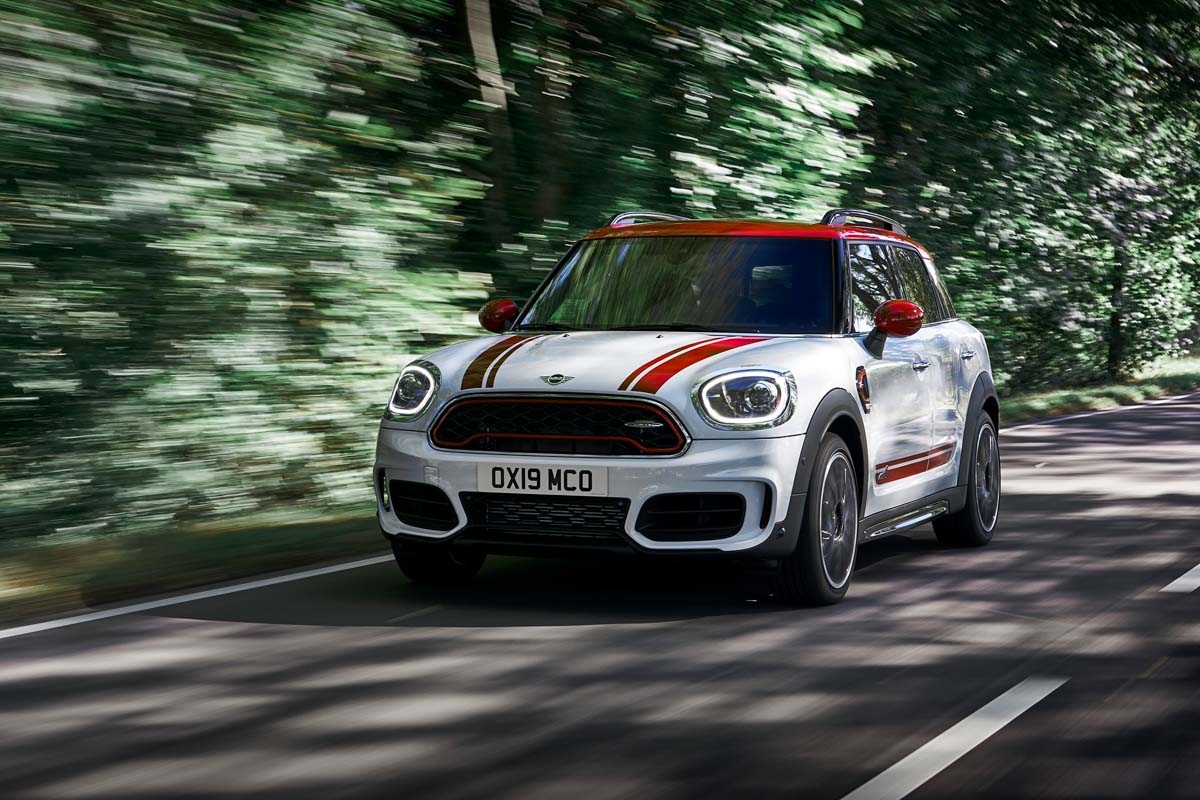 Minis have become a little larger than the name would lead you to believe during the marque’s time under BMW management, but the updated JCW Clubman and Countryman range brings more power to compensate, claiming the title of the most powerful road-going Minis produced.

Powering both models is an updated 2-litre, four-cylinder, twin-turbocharged power plant, producing 301bhp and 331lb ft of torque between 1750 and 4500rpm, an increase of 73bhp and 73lb ft of torque over the outgoing models. To bring the power plant to these figures, Mini modified various engine components, parts within the TwinPower turbo system and optimised cooling to cope with heightened performance.

Both the John Cooper Works Clubman and Countryman are electronically capped to a 250kph top speed, with the Clubman accelerating from 0-100kph in 4.9sec and the heavier Countryman in 5.1sec thanks to a new eight-speed automatic transmission – that’s over a second quicker for each model than the cars they replace.

As was the case with their predecessors, the new JCW models feature the Mini’s ALL4 all-wheel-drive system, similar to VAG’s Haldex system in the way that it sends power to the front wheels under normal load, only distributing power to the rear when slip is detected. A mechanical locking differential can also be found on all JCW models, as well as a new valve-controlled exhaust system complete with a particulate filter. Four-piston, 360mm front and 330mm rear John Cooper Works sports brakes are also fitted as standard.

The facelifted Mini JCW Clubman and Countryman will be available to order from July, priced from $44,240 and $45,920 respectively.