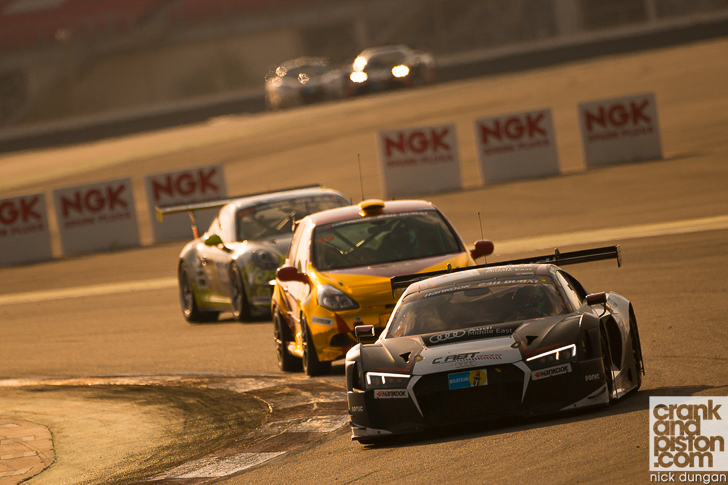 And so the 12 month wait is at an end with just a few hours left to go before the green flag drops for the 2016 Dubai 24 Hours. And already, the brand new Audi R8 LMS has stolen a march. After a fraught qualifying session in which Nicky Pastorelli looked set to repeat his 2014 pole lap aboard the #333 V8 Racing Chevrolet Corvette, a late surge from Christian Jöns in the #4 C.ABT Racing Audi R8 LMS saw Ingolstadt snatch the top spot, just three-tenths ahead of the #28 Land-Motorsport GmbH-run R8. Ingolstadt’s strong start to the weekend was emphasised yet further by the #19 Belgian Audi Club Team WRT R8 taking fourth on the grid, the Audis split by a Pastorelli’s scintillating effort in the A6-AM Corvette.

To make sure you’re up to speed with the 2015 Dubai 24 Hours as it continues, check out the LIVE STREAMING link below. LIVE TIMING is available HERE

For live radio coverage from Radio Le Mans, be sure to CLICK HERE and select LISTEN LIVE.