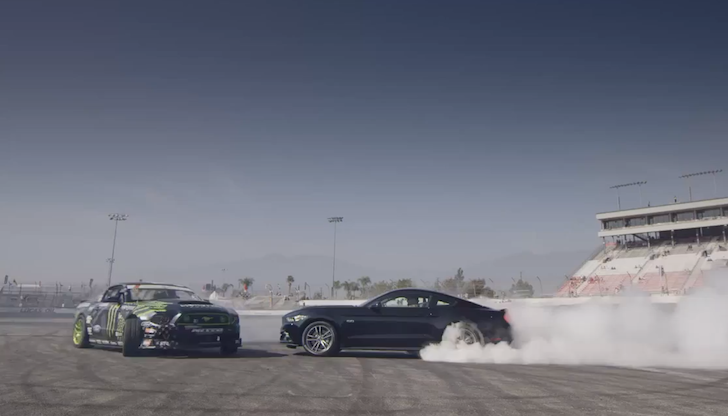 crankandpiston recently hit the good ol’ US of A to try out the brand new 2015 Mustang. And we were pretty impressed, despite recoiling with horror at the (admittedly pretty good) EcoBoost four-cylinder under the bonnet. Accordingly, it’s the way of the future say Ford’s engineers…

As ever though, Monster Energy’s Vaugh Gittin Jr has a slightly more dynamic way of introducing Ford’s newest muscle car.

In the run-up to the season finale – at which Chris Forsberg took his second series Formula Drift crown – Gittin Jr gave the new Mustang a titanic kicking, complete with smoke, ahead of the Irwindale crowd. Now he’s looking for the top spot in 2015, and few would argue he’ll have the machinery with which to do it.