Toyota’s FIA World Endurance Championship TS030 Hybrid prototype took centre stage during the opening days of the Dubai Motor Show. An eleventh hour decision to move its WEC campaign forward one year – at the urging of WEC organisers SRO due to the sudden withdrawal of Peugeot – meant the TS030 made its debut at last year’s 24 Hours of Le Mans, albeit one round later than expected after a hefty testing accident at Spa-Francorchamps. 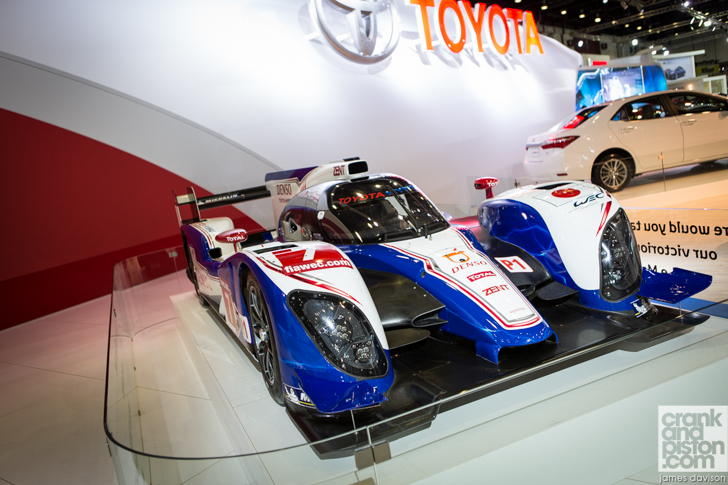 Since then the Toyota TS030 has taken four victories and is expected to be a key player for the WEC championship in 2014 against the hitherto all-conquering Audis and the returning Porsche.

The #15 NASCAR-spec Toyota Camry as driven by American Clint Bowyer in the Sprint Cup Series was also a popular draw. Having signed a deal to swap from Richard Childress Racing to Michael Waltrip Racing for 2012 – and in doing so swapping from GM to Toyota power – Bowyer enjoyed the most successful season of his nine-year Sprint Cup career so far, securing three victories and finishing just 39 points behind eventual champion Brad Keselowski. 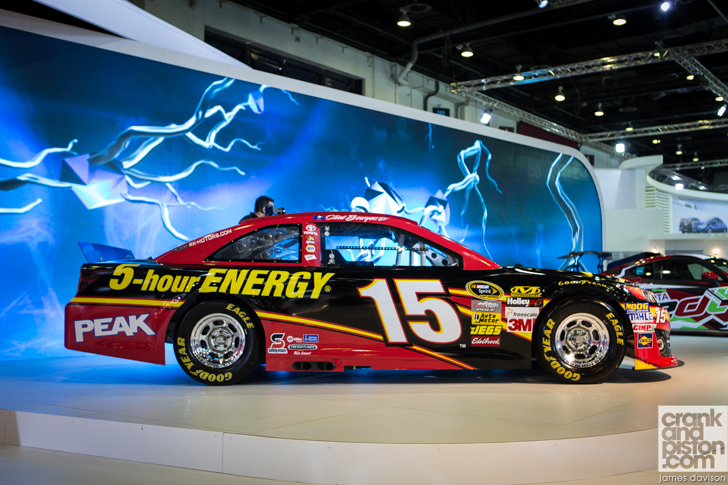 The 2013 season proved less fruitful however and will likely be remembered for Bowyer’s controversial spin in traffic at round of the season at the Richmond International Speedway, an incident that secured Bowyer’s teammate Martin Truex Jr a place in The Chase and a shot at the 2013 NASCAR Sprint Cup title as a result. 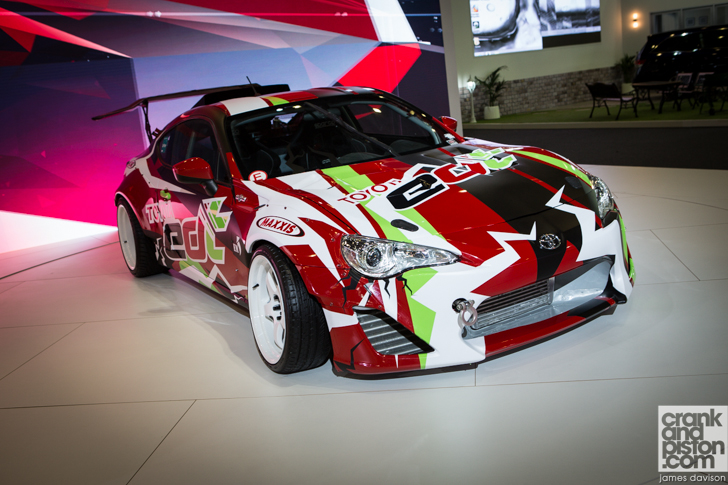 The track-modified 86 as used by the Toyota Emirates Drift Team throughout the 2012/2013 Drift UAE season was also on display. During its 2012/2013 development year on-track, a new 2JZ engine under the bonnet exemplified the car’s pace but teething issues meant progress was slow. Team driver Ahmed Al-Amri was back on the Drift UAE podium during the closing stages of the year however, and proved a key player in the Red Bull Car Park Drift regional events, as he is also expected to be this season. Mechanical development has proven successful for 2013/2014, and many are expecting Toyota to make a big push for the Drift UAE title. 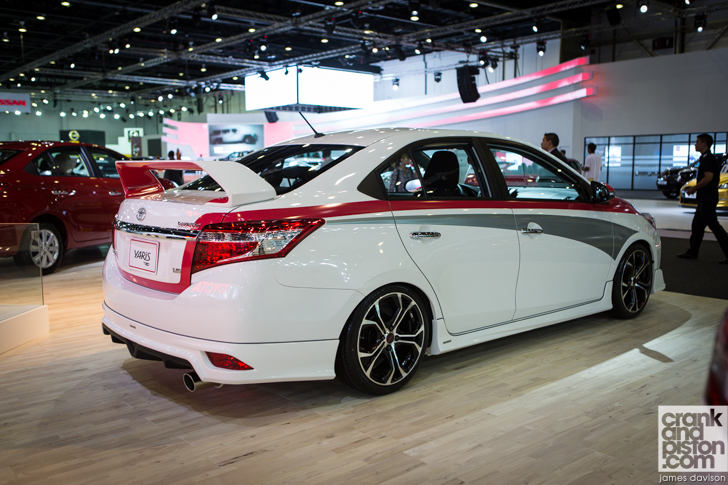 Toyota Racing Developments (TRD) was also well represented courtesy of  a specced Yaris, which boasted a new rear spoiler, bigger brake discs, lower side skirts and a modified front bumper. Well respected for its attention to detail, TRD recently demonstrated the fruits of its labour at this year’s Goodwood Festival of Speed with the TRD Griffon Concept, based on the company’s 86 coupe. 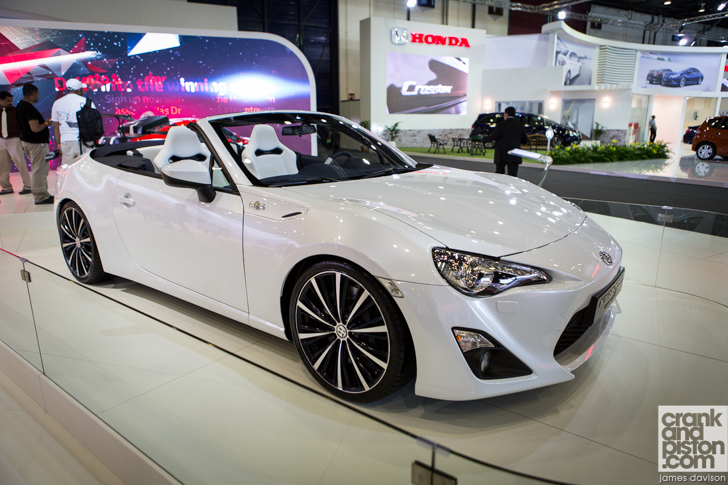 The now shelved FT86 Open Concept was also on display in Dubai, news of which was first leaked in March. Despite making its global debut at this year’s Geneva Motor Show, Toyota has confirmed that the project has been put on hold indefinitely, with rumours abounding that work is required to make the convertible more rigid. Though not officially cancelled, the FT86 Open Concept could once again be brought off the backburner as early as 2014 or 2015.

Among Toyota’s model range on display was the all-new Corolla, which was launched on the first day of the Dubai Motor Show.