The brand new Audi RS7 was one of three performance machines to make its regional debut at the 2013 Dubai Motor Show, alongside the RS6 Avant and the new S3. 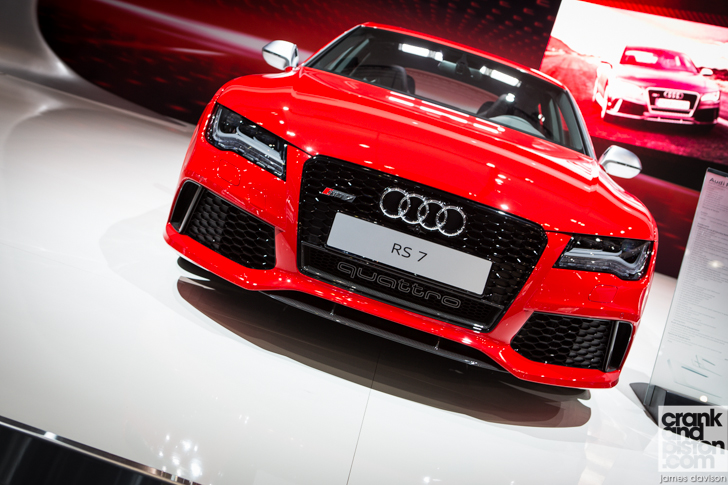 Powered by a 4.0-litre TFSI twin-turbo V8 and producing 560hp and 516lb ft of torque, the new RS7 – a version of which crankandpiston.com drove on its international launch – is set to arrive in regional showrooms early next year. 0-100kph is achieved in just 3.9 seconds. 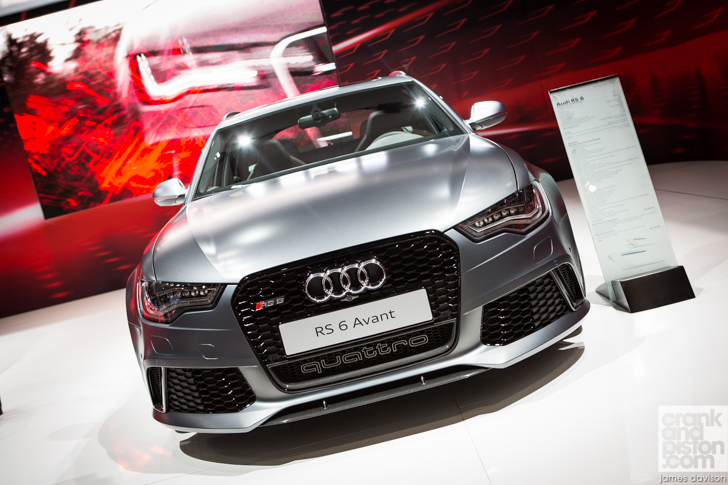 The RS6 Avant meanwhile – the only other estate model on Audi’s books alongside the RS4 – also draws 560hp and 516lb ft of torque from the same 3993cc direct-injection twin-turbo V8, the 0-100kph time also staying the same at 3.9 seconds. The new S3 meanwhile will be available with a 280hp 2-litre TFSI unit.

All three models are earmarked as key players in Audi’s strive to tip the 100,000 sales mark in the Middle East for the very first time in 2013. Unveiled during the opening days of the Dubai event, the RS7, the RS6 Avant and the S3 boast, as the company put it, a ‘capability to transfer technology between motorsport and series production’. A significant statement given Audi’s 12th win in 14 years at this year’s 24 Hours of Le Mans. Indeed, three-time Le Mans winner Rinaldo ‘Dindo’ Capello was on hand to unveil all three models in Dubai. 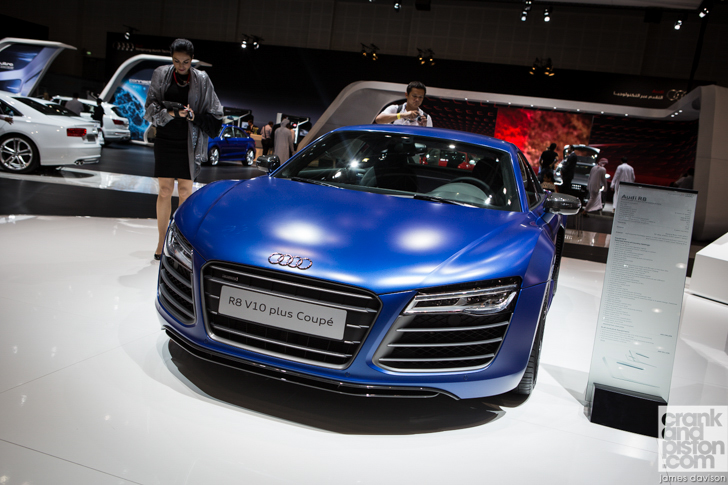 Audi’s 550hp R8 V10 Plus was also unveiled in the Middle East, flanked as it was by the 430hp R8 Spyder V8 and 520hp Audi S8 saloon. Completing the Audi range was the A4, A5, A6 and long wheelbase A8 (against which crankandpiston.com ran a Hyundai Centennial), as well as a Q3, Q5 and Q7. To find out why an Audi Q5 is the camera car for you, just click HERE.

To check out our full test drive of the Audi RS6 Avant in Munich, click HERE. And follow the link to see how we got on with the new Audi A3.