A gold Nissan GT-R, signed by gold medal winner Usain Bolt, proved amongst the biggest draws for Nissan alongside the 2014MY Patrol at the 2013 Dubai Motor Show.

A special edition Gold GT-R, commemorating and signed by 100m and 200m world record holder Usain Bolt proved one of Nissan’s biggest crowd pullers during the opening days of the Dubai Motor Show. 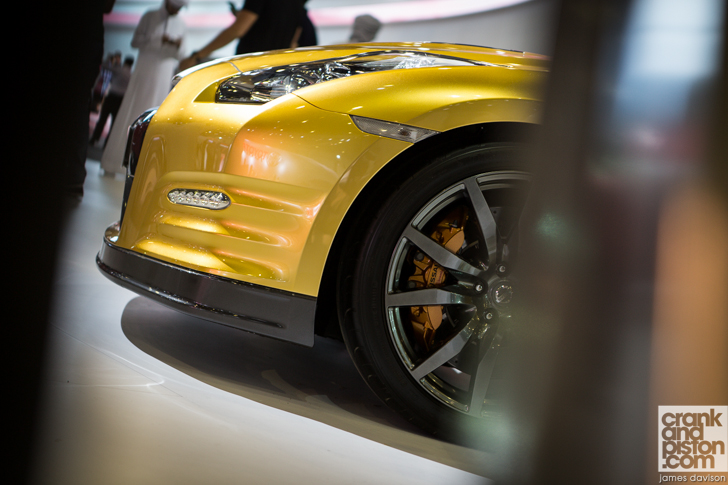 Though technically unaltered from the standard 3.8-litre twin turbo V6 GT-R on which the special edition model is based, the Bolt GT-R boasts a distinctive gold paint finish in deference to the Jamaican athlete’s – and Nissan’s director of excitement (yes, that is genuinely his title) – Olympic gold medal winning performances and his signature across the bonnet. The Dubai Motor Show is just one stop during the gold GT-R’s regional tour. 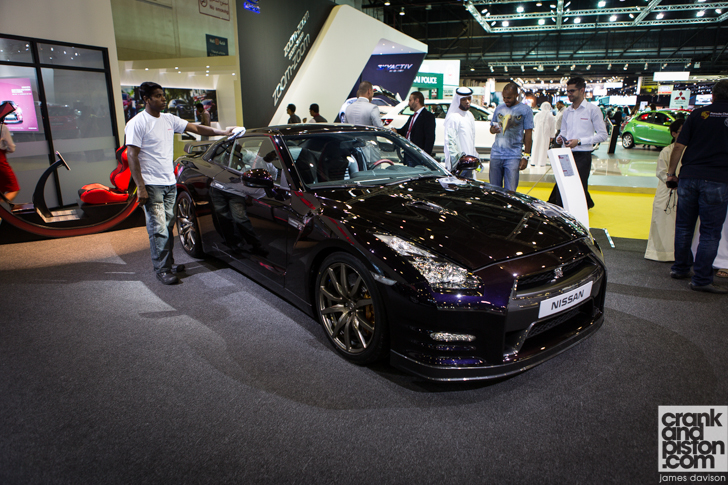 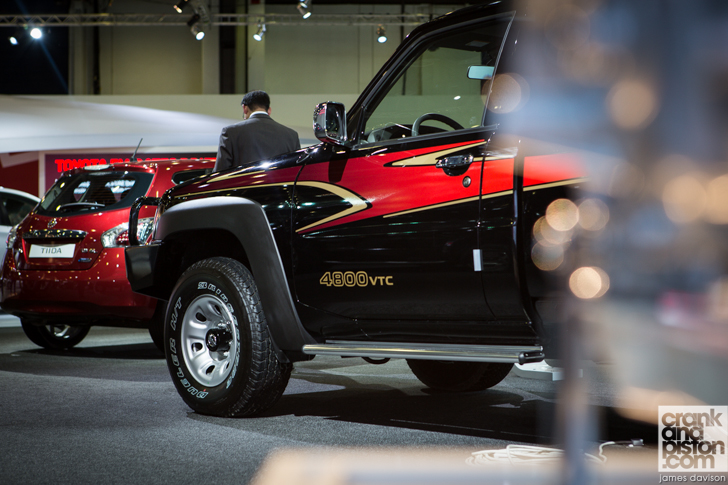 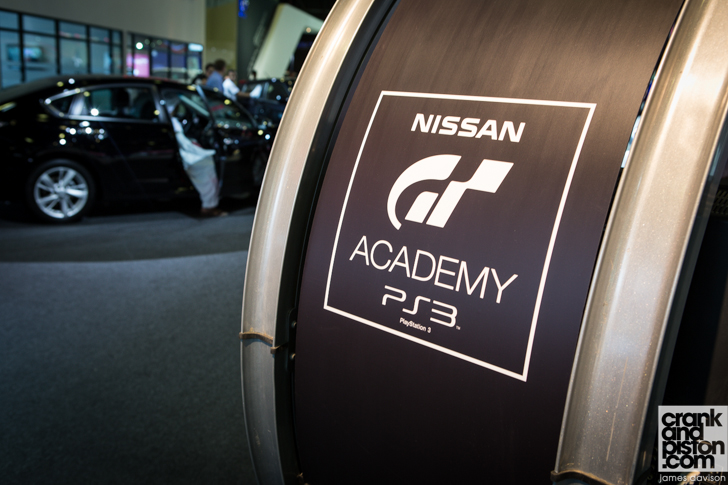 The LEAF meanwhile – Nissan’s first 100 per cent electric, mass production family car – makes us of an 80kWsychornous electric motor and boasts an improved range of 199km (up from 175km) thanks to battery and charger updates. First launched in 2010, top speed is a respectable 144kph while 0-100kph is done in 11.5 seconds. As a further nod to Nissan’s technological and green motoring acumen, the Nissan Altima on-stand demonstrated the latest version of Nissan Connect. Now into its fifth generation, the system is a global smartphone integration platform that allows drivers and passengers to stay connected whilst on the move.

Another, slightly more enigmatic system also on stage with Nissan was the company’s GT Academy simulator. 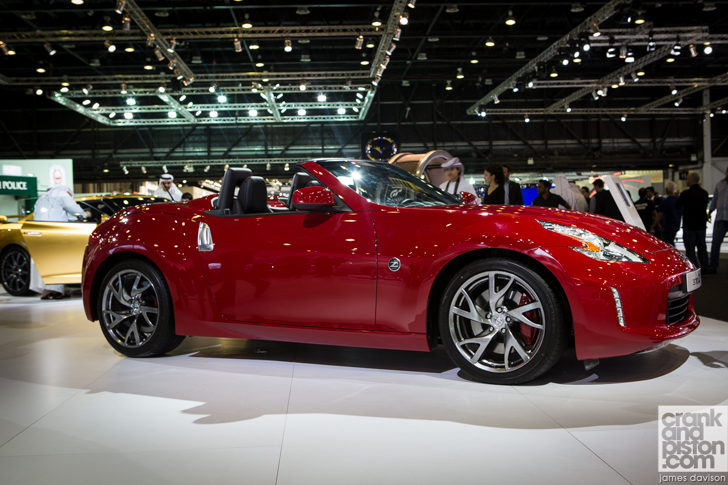 Nissan’s line-up at the Dubai Motor Show was bolstered by the 370Z coupe and its roadster variant, the former of which crankandpiston.com took for a spin and a modified version of which we brought you news of earlier this month. Also on-hand were the company’s Micra, Sentra, Tiida, Maxima, X-Terra mainstays, as well as the Juke, a model of which crankandpiston.com recruited to the Management Fleet last year.

– Check out crankandpiston.com‘s VIDEO HIGHLIGHTS from the Nissan stand at the 2013 Dubai Motor Show HERE – CLICK –