At the 2013 Dubai Motor Show, Aston Martin unveiled the new Vanquish Volante to the region for the first time.

A soft top version of Aston Martin’s flagship performance coupe, the Volante is powered by a 6.0-litre AM11 V12 that kicks out 573hp and 457lb ft of torque, boasts a 0-100kph time of 4.1 seconds and a top speed of up to 295kph, making the new model the fastest production Volante built yet. Power is sent to the rear wheels via a Touchtronic 2 six-speed automatic gearbox. 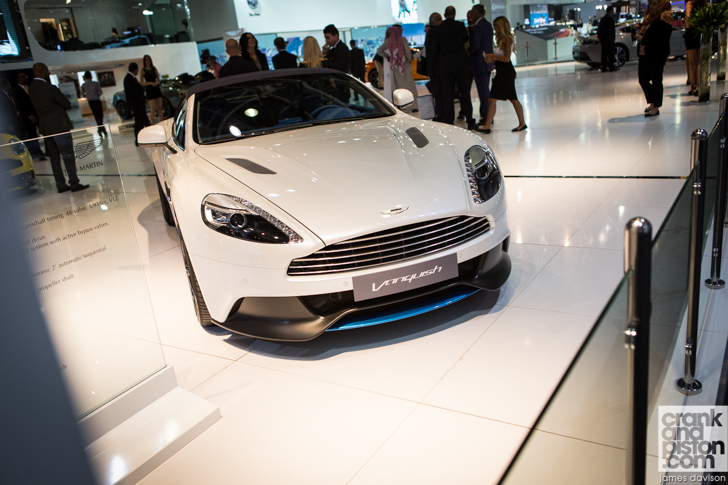 As well as the demonic power, performance is aided by the first fully carbon-fibred body ever fitted to a Volante in Aston Martin’s 100-year history. Lightweight and rigid, the bodyshell helps increase the convertible’s dynamism, as does a near-perfect 51:49 weight distribution. Brembo’s third generation Carbon Ceramic Matrix (CCM) brake system – 398mm discs on the front and 360mm on the rear – also helps shorten stopping distances.

Other stand out features of the 2 + 2 regional debutant include tightened bonnet lines, elongated side skirts, and LED light blades, all of which are derived from the marque’s hyper exclusive One-77 supercar. The folding roof meanwhile is made from triple-skin lightweight fabric and takes just 14 seconds to retract. 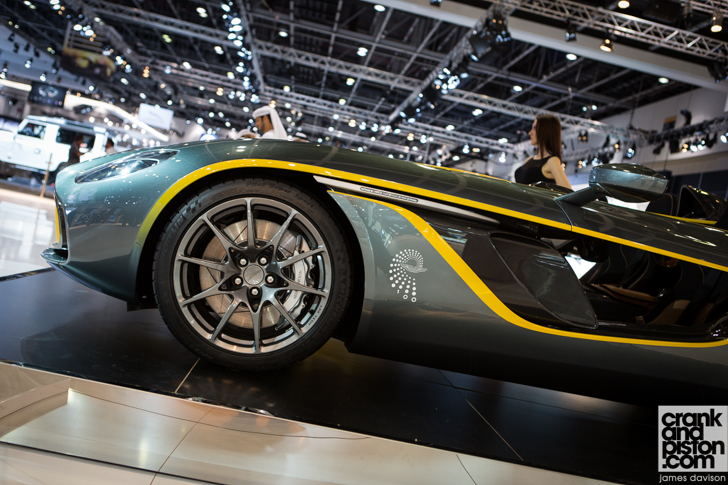 Also on the stand for Aston Martin was the company’s celebratory CC100 Speedster Concept, a tribute roadster to the marque’s legendary DBR1 racer which took Aston’s only outright vicrtory at the 24 Hours of Le Mans in 1959. Boasting a 6.0-litre V12 (the power of which is unspecified), six-speed paddle-shift manual transmission, a carbon fibre body, and a ‘track-focused nature’, the CC100 will hit 100kph off the line in a little under four seconds and a top speed of 290kph. Though retro-focused, the CC100 Speedster Concept marks a potential design direction for Aston Martin in the future.

The CC100 – nicknamed ‘DBR100’ by Aston Martin CEO Dr Ulrich Bez – was first unveiled at this year’s 24 Hours of Nürbrurgring. Stirling Moss, winner of the 1000km Nürburgring at the wheel of the DBR1 in 1959 some two years after the model’s first win on the event, climbed aboard a DBR1 and completed a lap of the near-20km Nordschelife alongside the CC100 to celebrate the occasion. 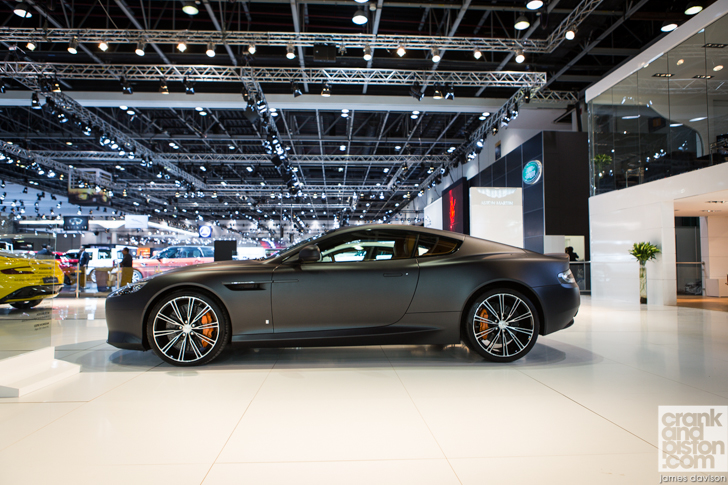 During the opening days of the Dubai Motor Show, Aston Martin also launched its new Q Personalisation service to the region, exemplified by a striking black DB9 with special ‘Q’ numberplates on-stage. The new initiative, which will also from Aston Martin’s Dubai showroom which was opened late last year, includes detailing to full restorations, the company hoping to further its presence in the regional after a hiatus of three years. 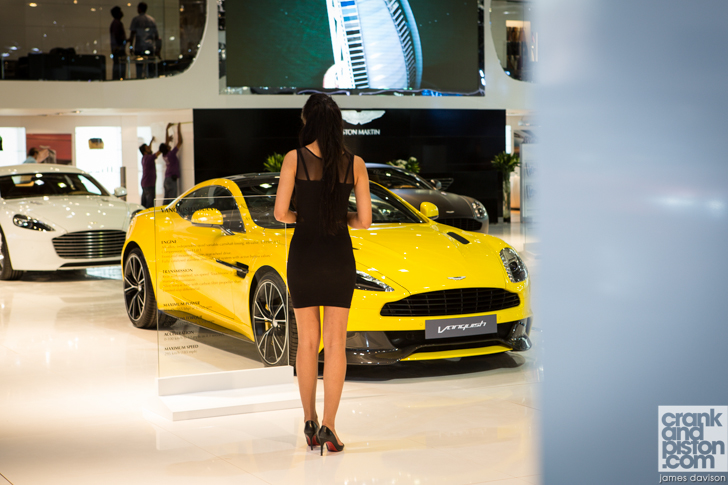 The hardtop Vanquish – which crankandpiston.com took for a drive late last year – and Rapide S (click HERE for the international launch drive coverage) were also on display at the Dubai Motor Show, as was the all-new V12 Vantage S. A little towards the back, a rather cheeky Aston Martin DB6 could also be seen on display.