Hyundai unveils the its ‘fluidic precision’ HCD-14 Genesis concept at the 2013 Dubai Motor Show as well as its World Rally Championship contender, the i20.

The new HCD-14 Genesis, images of which were first released in January, boasts what Hyundai terms a ‘fluidic-precision, liquid-metal design language’ (that’s curves and sweeps to you and I) in an effort to further brand’s premium brand image. Said design philosophy is designed to both impactful and aerodynamically proficient, key examples of which include a deep vertical grille, premium lightweight alloys with carbon fibre surrounds, short overhangs, and carefully integrated exterior wing mirrors for maximum fluidity. Rear-hinged rear doors offer a nifty bit of character too. 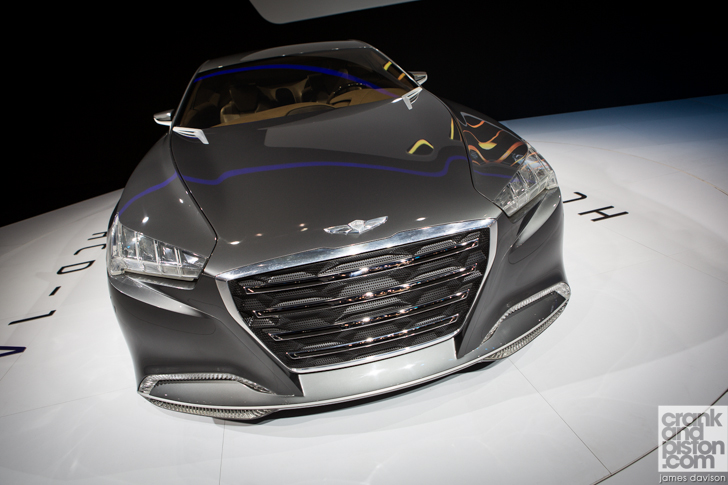 Powered by a 5.0-litre V8 that kicks out what Hyundai terms ‘high-rpm horsepower’, performance enhancements on the concept include five-link suspension front and rear, multi-mode power steering, low profile tyres for maximum road holding, and a rigid chassis made from high-tensile steel. Key technical installations on the Genesis concept include hands free driver command recognition, including driver eye-tracking technology and the intriguingly named 3D hand-gesture recognition software. No news has been revealed concerning production plans. 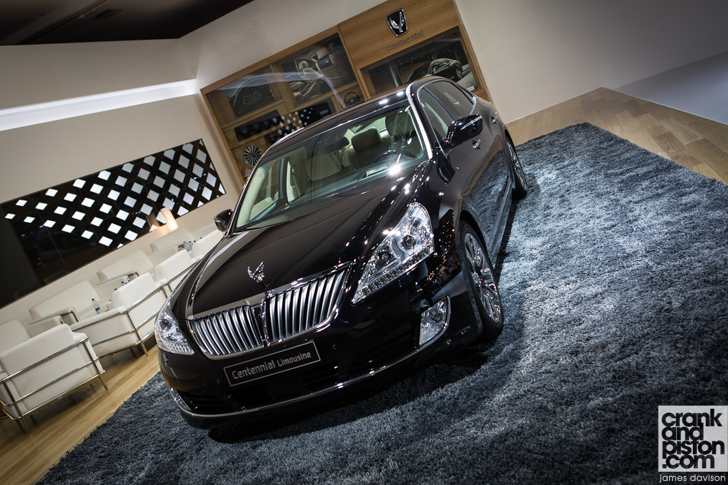 Also on display for Hyundai at the Dubai Motor Show was the company’s flagship luxury saloon, the Centennial (marketed as the Equus across Europe). Powered by the same 5.0-litre V8 as the HCD-14 which kicks out 430hp, the new Centennial is Hyundai’s answer to Audi’s A8, BMW’s 7 Series and Mercedes-Benz’ luxury S-Class. Indeed, crankandpiston.com has already paired the Centennial off against the Audi A8 long wheelbase with surprising results. 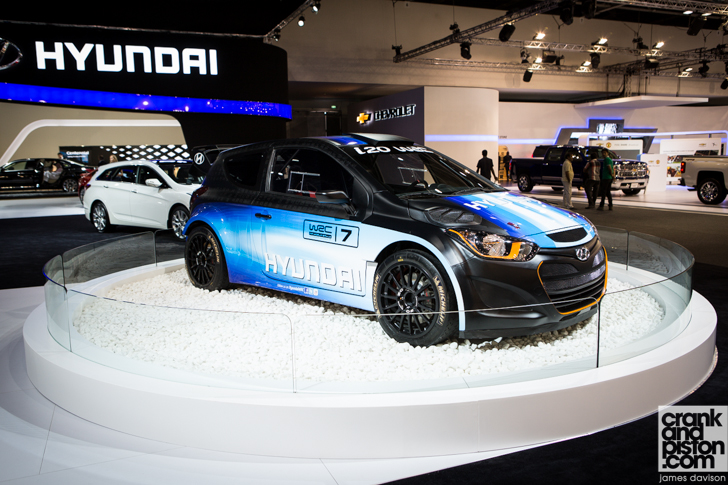 As well as the Hyundai Genesis Coupe – a modified version of which crankandpiston.com found rolling through Dubai – and the new Veloster Turbo, Hyundai also displayed its World Rally Championship contender – the i20 – in Dubai. Having undergone significant testing during the off-season, and following Volkswagen’s successful first full season in the WRC, Hyundai is looking to hit the ground running in 2014 after a ten-year series absence. Qatar World Rally Team/M-Sport driver Thierry Neuville has been confirmed as the team’s lead driver.