Here’s our guide to the 2020 World Rally Championship 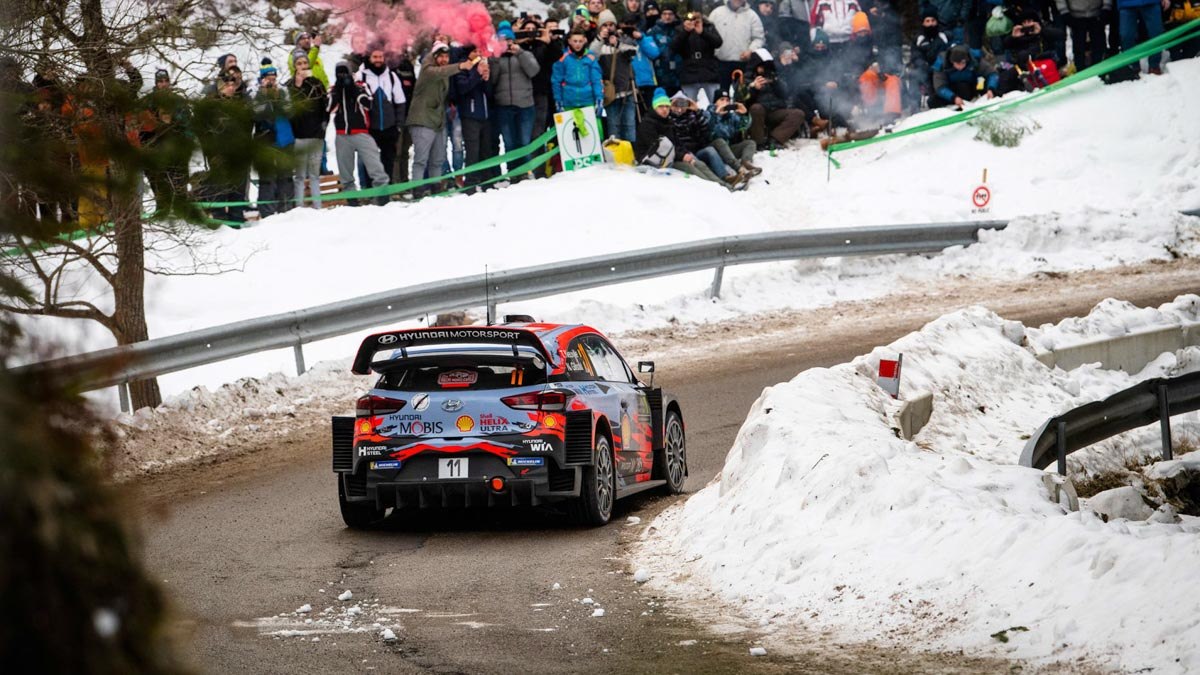 The 2020 World Rally Championship season is about to kick off at its traditional starting place in the hills above Monte Carlo. The year will see two full-scale manufacturer teams – Hyundai Motorsport and Toyota Gazoo Racing – running alongside M Sport’s privateer team run by ex-Ford WRC boss Malcolm Wilson. Citroën has dropped out of the 2020 season, leaving just the two factory-supported teams alongside M Sport.

The cars themselves are mostly unchanged from those of the 2019 season, with the same underlying chassis requirements and turbocharged 1.6-litre four-cylinder engine. Power is limited to no more than 375bhp, and powers all four wheels via a six-speed sequential transmission. The cars may not weigh less than 1190kg, and all cars run on a control 15-inch gravel or studded snow tyre, or 18-inch tarmac tyre supplied by Michelin. Wider change is coming to the WRC in the form of integrated electrification – be that hybrid or full electric integration – but these regulation changes have now been delayed until the 2022 season.

The 2020 season will consist of 14 rounds, with notable changes compared to last year being the (official) loss of the Australian round usually held near Perth on the west coast. Instead, New Zealand will take the reins for Australasia’s round, being hosted in Auckland on the North Island. New Zealand’s stages will be held on mostly flowing gravel roads, backed by incredible scenery.

This season will also see the long-awaited return of the Safari Rally in Kenya which was last held 18 years ago, with a traditional combination of open gravel roads crisscrossing the African Serengeti. The third new addition for the year is a return to Japan after a decade off the calendar, contrasting the two new gravel rounds with a tarmac rally based in Nagoya.

Hyundai Motorsport wrapped up the 2019 manufacturer’s championship and plans on continuing this momentum with the driver’s champion Ott Tänak joining the team from Toyota Gazoo Racing. He’ll be joined by last year’s runner-up Thierry Neuville, who traded blows all of 2019 in their fight for the driver’s title.

The third works Hyundai will be driven by two different drivers throughout the year, but far from being a fill-in, this third car will have some recognisable names at the wheel. Sébastien Loeb, the most successful WRC driver ever, will be a part-time driver for the South Korean team, with Dani Sordo, his former teammate during Loeb’s dominant years behind the wheel of the Citroën C4 WRC car, also filling in.

Hyundai’s i20 N Coupe WRC car, like the Toyota, is also a slight update on the versions that came in the major rule change of 2017, and Hyundai isn’t far away from revealing its own road-going version of the next-generation model. Rather than being a distinct homologation model, Hyundai will instead base its next WRC car on the new-generation i20 hatchback, itself due to arrive in a hot i20 N form that will be similar in execution to the excellent i30 N. That model is expected to be seen later this year, in N form or not, but it will give us a good idea of the new models ready to hit the rally stages in 2021.

Toyota Gazoo Racing is coming off the back of a successful driver’s championship in 2019, but Ott Tänak will not be defending his title from inside the Yaris WRC car. Instead, his move to Hyundai Motorsport has opened the door for Frenchman Sébastien Ogier coming in from the now defunct Citroën team. Joining Ogier is Welshman Elfyn Evans who’s made a move from M Sport. Kalle Rovanperä will pilot the third works car.

The 2020 Yaris WRC is mostly unchanged from that of 2019, which itself was only a gentle evolution of the last major regulation change that came into effect in 2017. This will be the last year Toyota Gazoo Racing uses the familiar Yaris car though, as of 2021 it’ll introduce a new car based on the recently revealed GR Yaris – a road-going homologation model that was designed and engineered specifically to accommodate the requirements of a WRC rally car.

Toyota Gazoo Racing announced upon the reveal of its lightly updated 2020 WRC model that it’s focus was on improving the engine’s performance, and trimming and refining the aero based on the 2019 package – these subtle changes are not surprising considering the all-new GR Yaris car next year. 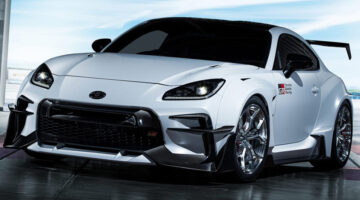