A vision of the future of the VW Golf.

The annual Wörthersee Volkswagen bash got underway in Austria today, and as has become tradition, VW unveiled something a bit special for the fans.

The Volkswagen Golf GTE Sport is a 395bhp plug-in hybrid concept car with a carbon body and completely revised cockpit, designed to show what might be possible for a Golf of the future.

The Golf GTE Sport is intended as a halfway house between a road car and a race car, with a recognisable Golf shape albeit heavily reworked – check out those C-pillars. It’ll hit 100kph in 4.3 seconds and top out at 280kph. It’s powered by three motors driving all four wheels – a 1.6-litre, turbocharged petrol unit adapted from the Polo R WRC rally car, and two electric motors. one is in the front, inside the housing of the six-speed dual-clutch transmission, while the other is located at the rear. As it almost compulsory for performance cars these days, it was designed with performance on the Nürburgring Nordschleife in mind.

Inside, the cockpit has been inspired by racing, with an unusual bucket-seated layout similar to two separate monocoques, with access through swing doors, like the XL1. There are three transparent levels of instruments that VW reckons is built around the needs of the driver’s workspace, including a display that shows you the best driving line around a track (which seems to us to be cheating a bit).

Also revealed was the Golf GTI Clubsport – still officially a concept, but basically the 261bhp, 40th anniversary GTI that we’ll see put into production next year. It boasts a 10 percent power boost over the standard Euro-spec GTI, and has “motorsport level” downforce thanks to revised bumpers, rear spoiler and side sills. It’ll also come with bucket seats and various funky equipment options, but we’ll see more when the production version is unveiled next year. 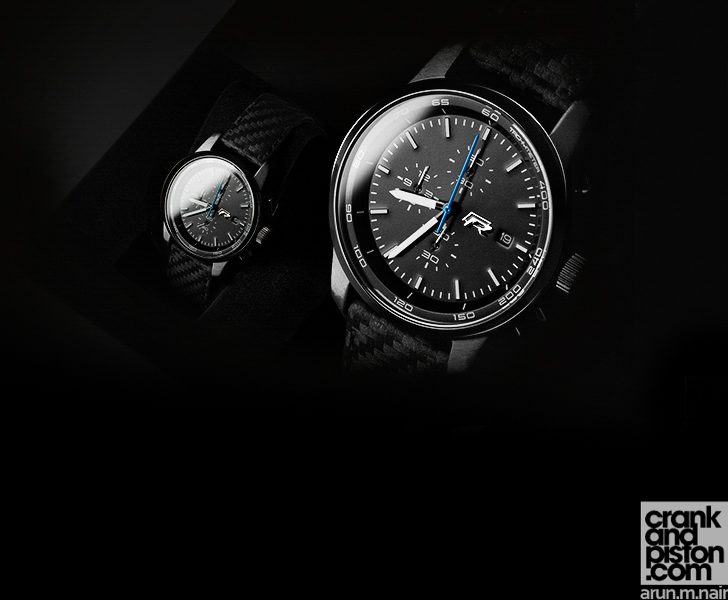