The new Volkswagen Golf GTI has been given the Manhart treatment, with new styling, suspension tweaks and a bump in power 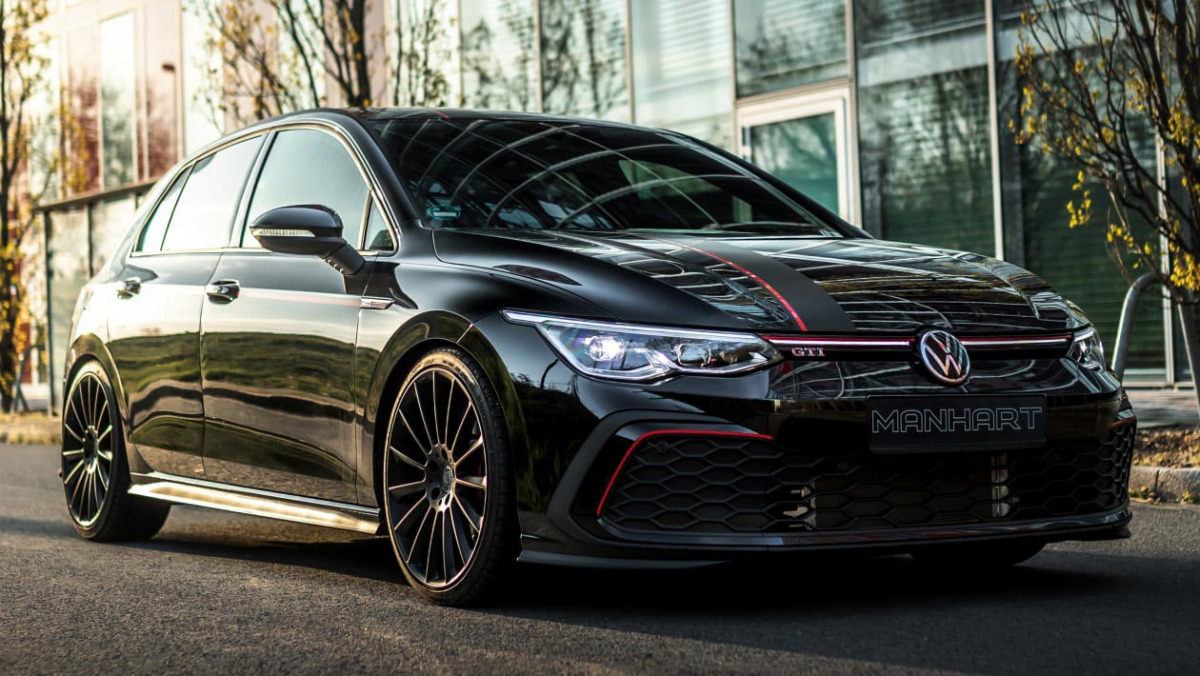 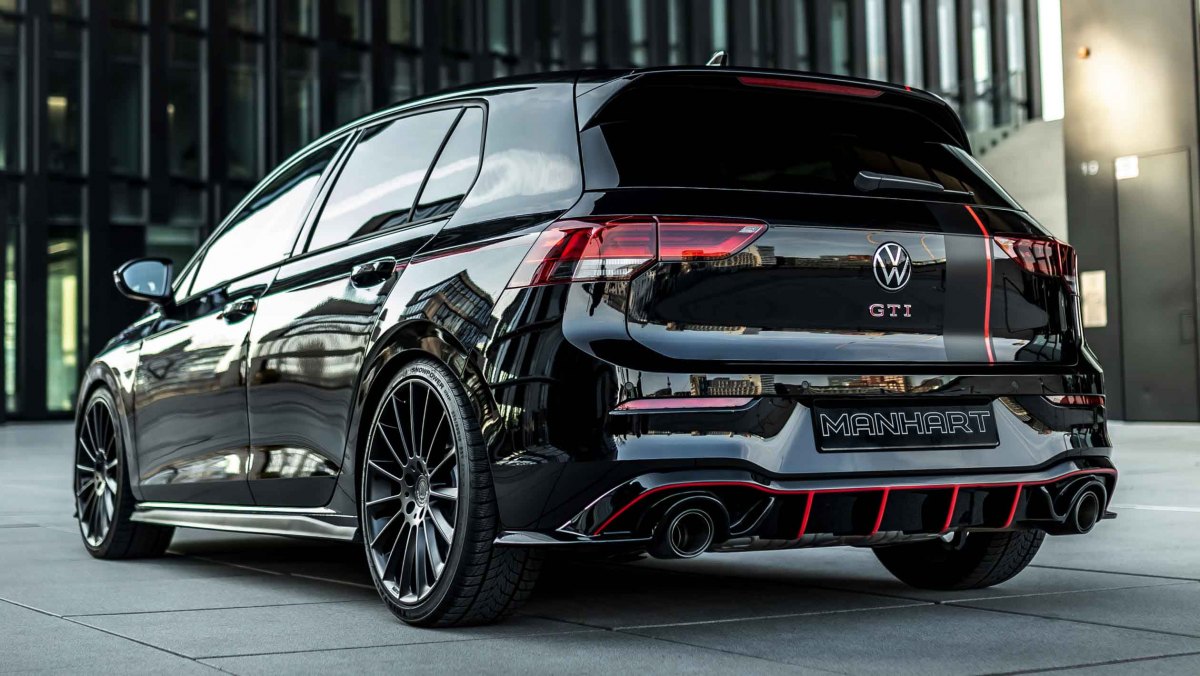 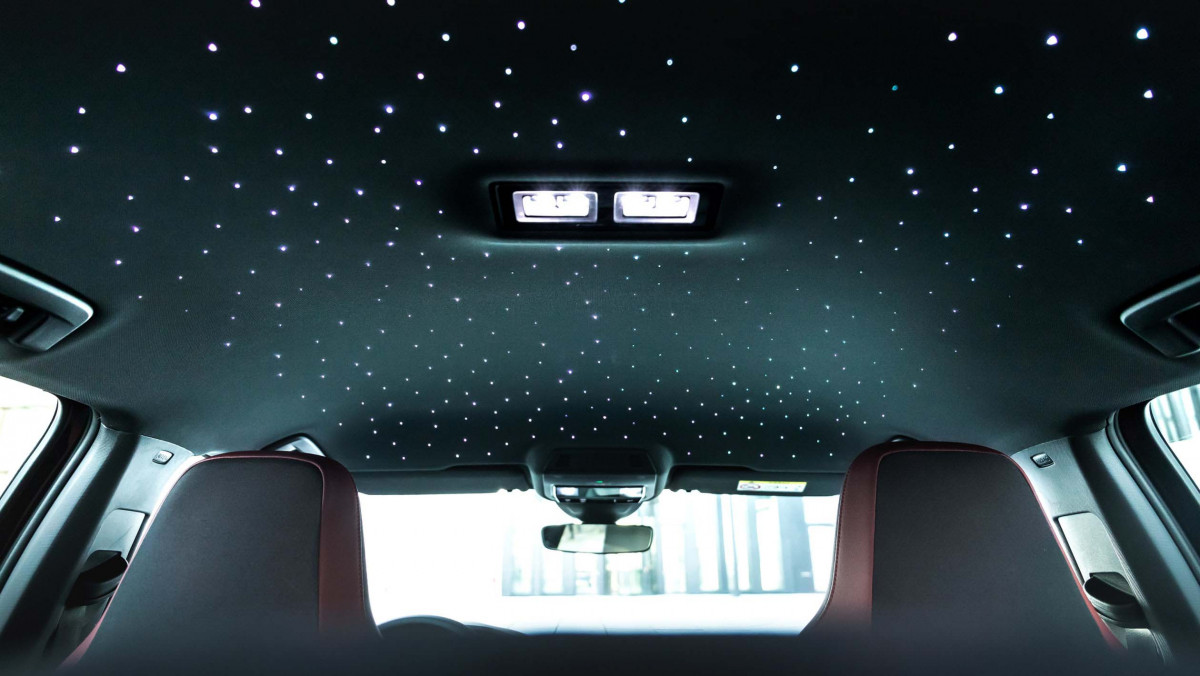 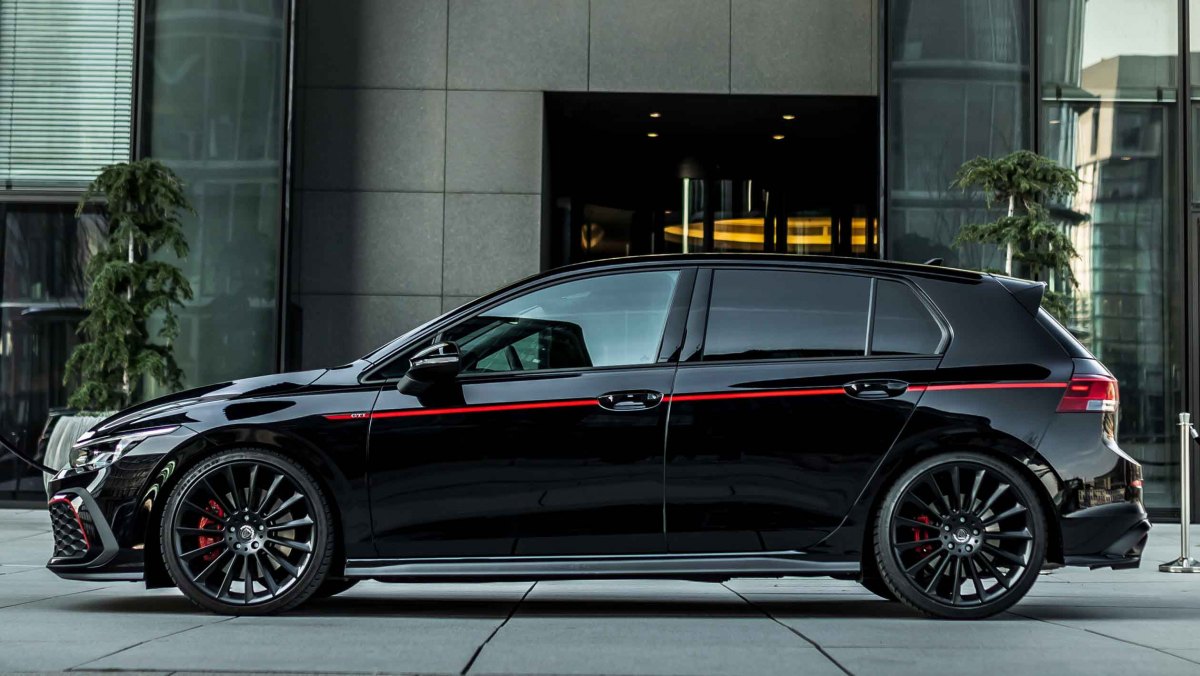 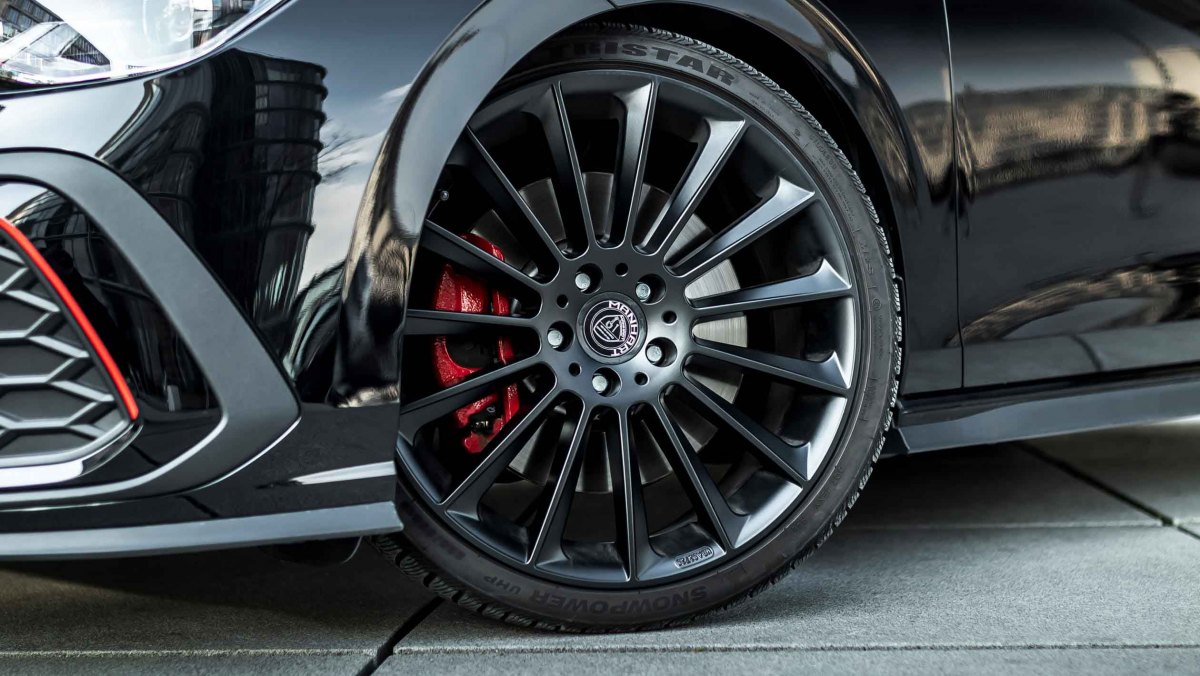 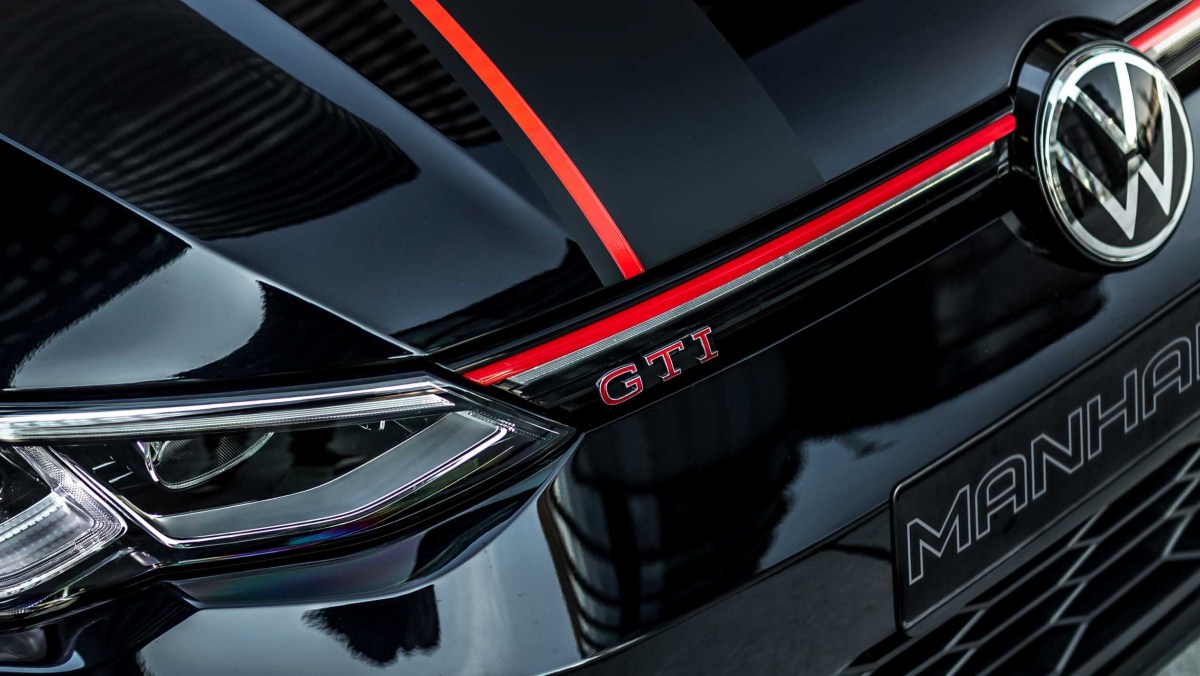 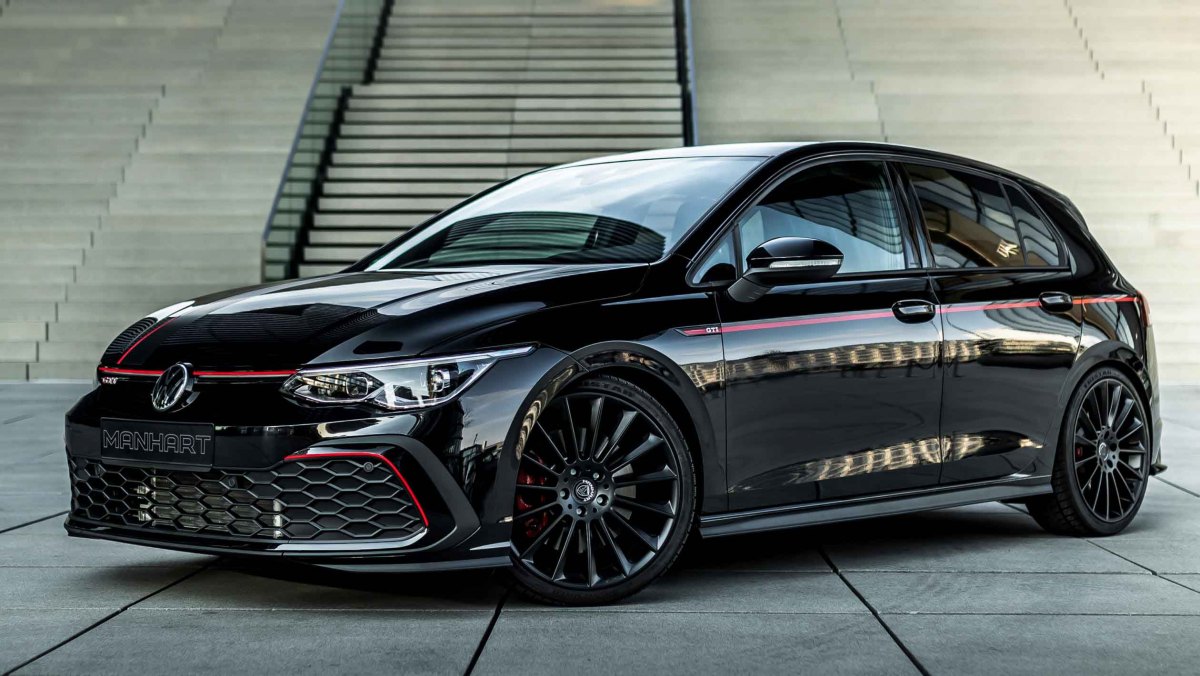 The new Mk8 Volkswagen Golf GTI is a pretty good go at the modern hot hatch, but despite impressing us on some levels, there’s plenty of room upwards for tuners to turn up the wick. German tuner Manhart Performance is one of those tuners, and has already developed an upgrade package, working on a healthy boost in engine outputs alongside the introduction of some new styling elements.

Under the bonnet is where you’ll find the biggest change, with its 2-litre turbocharged EA888 now equipped with Manhart’s piggyback ECU module. Tweaks to mapping for injection and boost pressure control have liberated an additional 44bhp and 40lb ft over standard, lifting total output to 286bhp and 313lb ft of torque. Though slightly down on power than the GTI Clubsport, it is 21lb ft up, while Manhart will also up-spec the exhaust for additional cost.

New performance figures haven’t been officiated, but expect an improvement on the 6.3sec factory 0-100kph time of the standard GTI, bringing it closer to the 5.6sec time of the Clubsport.

Manhart’s visual updates are equally subtle, extending the trademark GTI red highlights to other elements like new decals on bonnet, roof and body sides. These are continued front and rear with the intakes now framed by red pinstriping and a more aggressive Manhart diffuser insert.

There are also new 19-inch multispoke Manhart wheels finished in satin black, on which the body sits 40mm lower with the use of new H&R springs. Though Manhart has yet to specify its other chassis upgrades, it has confirmed other changes to the setup to improve dynamics.

Manhart has decided to offer an usual option with the Mk8 GTI in the form of a fibre optic headliner, similar to the kind you’ll find in a Rolls-Royce can be added at a cost.

The powertrain upgrade is available now for $1845, significantly less than the $5330 premium you’ll pay for a Clubsport, but then also without the wider updates or extra kudos associated with the faster GTI. Options such as the illuminated headliner and wheels cost around $2410, with the new springs a steal at $425. 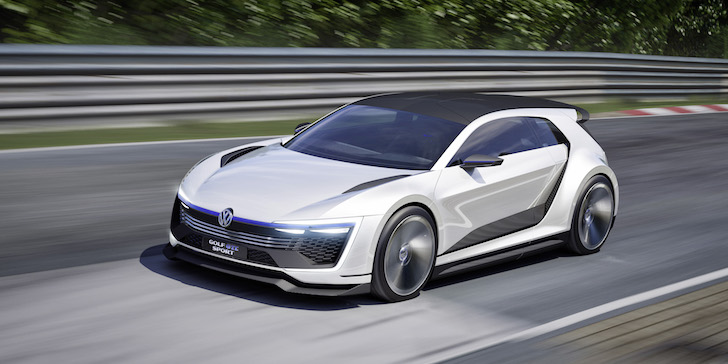