The new 2015 Audi TT. Or at least it will be when Audi officially releases these renders… 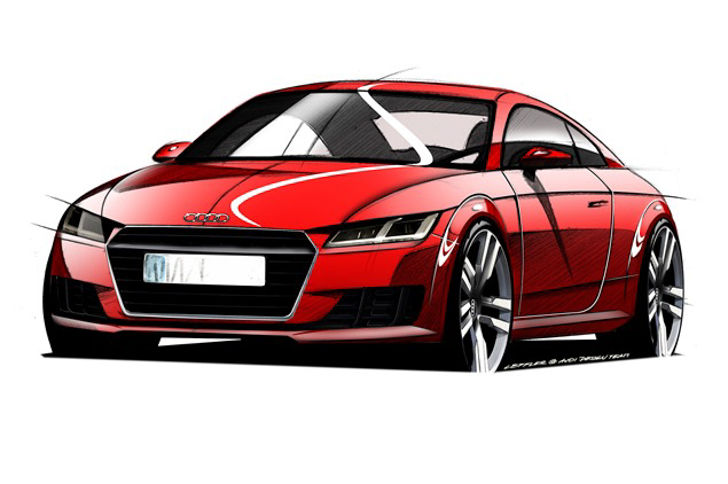 The below design could be one of three things: the latest family car of choice for George J. Jetson; proof that Iron Man/Tony Stark really could live in modern society; or the much anticipated 2015 Audi TT. We’re going to guess the latter.

Now whilst Audi has yet to officially release renders or design sketches of its updated sports coupe, the below two images have been doing the rounds across internet forums and putting German manufacturer fashionistas into a frenzy, so we figured we’d jump on the Bavarian band wagon. In yet further efforts to remove the ‘popular among hairdressers’ vibe from the TT – which has proven a popular mid-life crisis beacon for real estate agents since its 1998 debut – the design is much lower, seemingly wider and boasts more aggressive wheel arches, bodylines and air scoops. The four rings have also migrated from the grille to the lower edges of the curvaceous front bumper, presumably in an effort to replicate that of the TT’s R8 bigger brother. 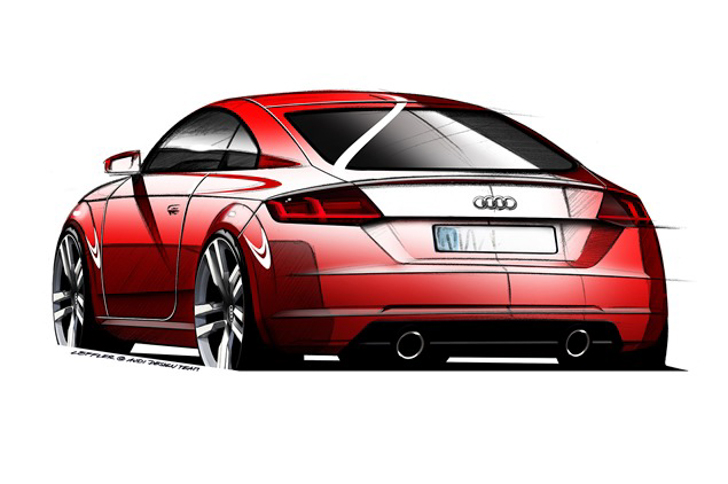 Details are scarce at present, and are likely to be until the model’s debut at the Geneva Motor Show. Speculation has mounted though that 177bhp 1.8-litre and 217bhp 2.0-litre versions of Audi turbocharged four-cylinders will be stapled down under the bonnet, and that updated TT S and TT RS models are not too far behind. Stay tuned for more news from Ingolstadt in Geneva.

– Our thanks to Autocar