Take a spin with Formula 1’s Nico Rosberg around Silverstone from the airbox, whilst tilting the camera interactively 360-degrees. 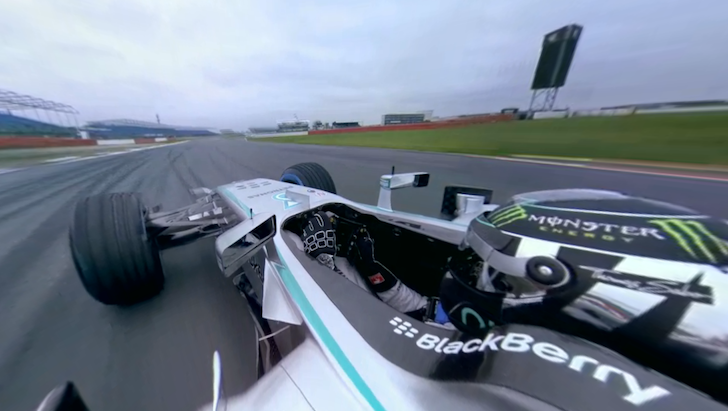 Try to imagine taking a lap around the Silverstone Grand Prix circuit in the UK at a full face melting 300kph aboard Mercedes’ new F1 W05 2014 challenger. From the airbox. That is the experience (of sorts) the Brackley-based team is offering F1 fans and speed freaks alike with its new interactive video, which allows you to rotate the footage a full 360 degrees mid-drive. 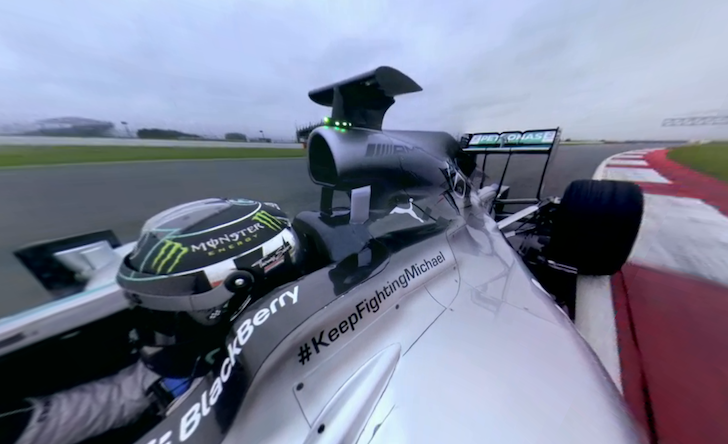 The new video allows you to click and drag your way around the video and watch Nico Rosberg power the #6 Merc around the circuit, an experience crankandpiston.com seriously recommends. Okay, the tilt and rotate may prove a little fiddly and has already sparked swearing from our deputy editor, but the new turbocharged V6 AMG sounds the absolute beans when it’s firing all cylinders into your left eardrum. You can also show your support for a nine-time F1 champion and former Mercedes driver too if you have twitter handy. 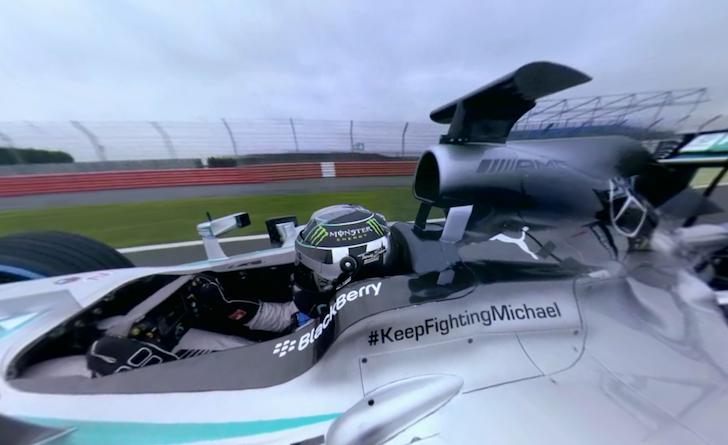 Now for the technics, i.e. how Mercedes-Benz has managed to do this. There’s a fantastically complicated explanation available at Visualise – an agency in business since 2006 – that uses terms like ‘immersive media’ and thousands of ‘Giga pixel images’ that have been stitched together, but we prefer to think it’s all just witchcraft.

To check out the full video, just click HERE for the main Mercedes AMG F1 website . If you’re keen to see Red Bull Racing effort with the RB6, then you’ll find that HERE.

Previous ArticleMcLaren P1. On Road and Track. Chris Harris
Next Article Will this become the 2015 Audi TT?